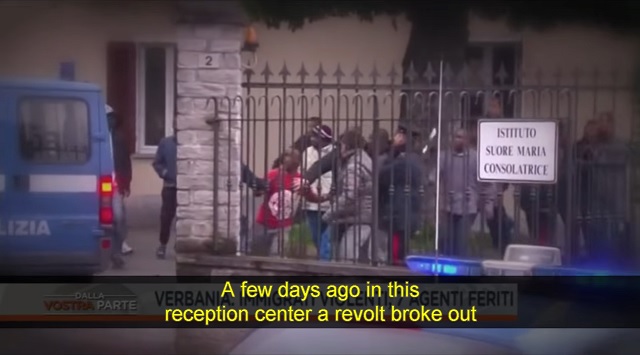 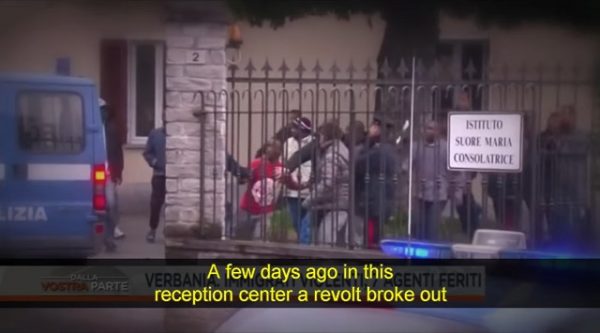 Video from Italian TV shows African migrants rioting after being denied asylum due to criminal behavior.

Rather than peacefully leave the refugee center where they were staying, the migrants barricaded themselves in a room and “demanded” they be given their “daily allowance.”

Seven officers were injured trying to evict the criminals while only four migrants were arrested. The report says the refugee center is causing nothing but trouble as many of the migrants are “involved in theft and attempted rape.”

Reports surfaced last week suggesting Italy’s Minister of the Interior, Angelino Alfano, is planning to throw citizens in prison if they don’t hand over their free homes to migrants.