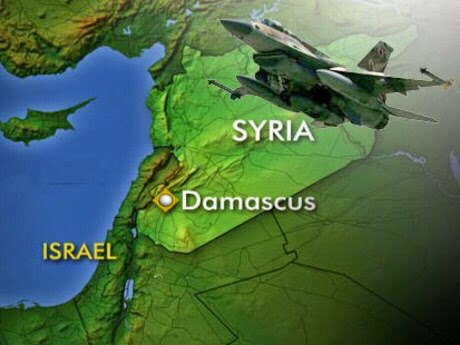 Hillary didn’t even win the election, but apparently she’s still going to get her wish for a no-fly zone over Syria, a step that everyone knows is basically a surefire way to provoke Russia into war.

If you haven’t heard about this, it is because the media has been dead silent on it.

On November 15, the House passed H.R.5732 otherwise called the Caesar Syria Civilian Protection Act of 2016. Section 303 is about the potential effectiveness of the no-fly zone over Syria.

Notice this happened just a week after the election, when it was clear that Hillary lost and the no-fly zone would be a no-go under a Trump presidency.

Late in the day, on Nov. 15, one week after the U.S. elections, the lame-duck Congress convened in special session with normal rules suspended so the House could pass House Resolution 5732, the “Caesar Syria Civilian Protection Act” calling for intensifying the already harsh sanctions on Syria, assessing the imposition of a “no fly zone” inside Syria (to prevent the Syrian government from flying) and escalating efforts to press criminal charges against Syrian officials.

HR5732 claims to promote a negotiated settlement in Syria but, as analyzed by Friends Committee for National Legislation, it imposes preconditions which would actually make a peace agreement more difficult.

There was 40 minutes of “debate” with six representatives (Ed Royce, R-California; Eliot Engel, D-New York; Ileana Ros-Lehtinen, R-Florida; Dan Kildee, D-Michigan; Chris Smith, R-New Jersey; and Carlos Curbelo, R-Florida) all speaking in favor of the resolution. There were few other representatives present, but the House Foreign Affairs Committee stated that the resolution was passed “unanimously” without mentioning these special conditions.

Unanimously under “special conditions”? Doesn’t that tell you who the real owners are in this country? Why would they wait until the last minute of Obama’s presidency to do such a thing??

Oh, and by the way, Consortium points out:

According to Wikipedia, “Suspension of the rules is a procedure generally used to quickly pass non-controversial bills in the United States House of Representatives … such as naming Post Offices…” In this case, however, the resolution could lead to a wider war in the Middle East and potentially World War III with nuclear-armed Russia.

So they abused their power and misused a rule suspension to pass a resolution that could lead us into a world war. Great.

And by pretending it didn’t happen, the media is colluding with the agenda — as they always do.

Clearly the lunatics running the asylum that is our government see that their ability to provoke a war is running out. While there are issues with Trump as president as well, one place where a Trump win was at least a little better than Hillary is in the arena of conflicts with Russia and the potential for World War III. As soon as Trump was elected, Putin congratulated him and declared that Russia was ready to mend its relationship with the U.S.

The Free Thought Project sums it up:

Any peace agreement that leaves Bashar al-Assad in power would be seen as a failure of U.S. hegemonic foreign policy, which has pushed regime change for years. It would also be seen as a victory for Russia, which is helping Assad fight ISIS and U.S.-funded “moderate rebels” attempting to overthrown Assad.

Even the title of the resolution — ‘Caesar Syria Civilian Protection Act’ – is based on a CIA-funded propaganda hoax involving alleged torture photos that was used to sabotage a 2014 effort at peace negotiations.

Of course, if Trump really wanted to get rid of ISIS, he’d start at the CIA.

Turkey has been urging the U.S. to declare a no-fly zone, and Israel has been lobbying for it as well. All of these countries have something to gain from this empire-building, regime change war (again, via TFTP):

Unsurprisingly, the Israel lobby is campaigning for the passage of HR5732, as Israel is officially at war with Syria and continues to illegally occupy the Syrian Golan Heights. Removing Assad would make things easier for Israel to permanently seize this fossil fuel-rich area, and would strike a blow to its perceived enemies in Lebanon and Iran.

This whole thing is based on propaganda to further the regime change agenda, nothing more.

The bill is moving at lightning speed as far as the U.S. government is concerned. After quietly passing the House, it has already been read not once but twice in the Senate and it has now been referred to the Committee on Foreign Relations — as if they don’t honestly know what this bill will do to “foreign relations”.

It’s amazing how blatantly disgusting the leadership in this country is that they will keep such a dirty, unconstitutional, offensive war going at any cost.