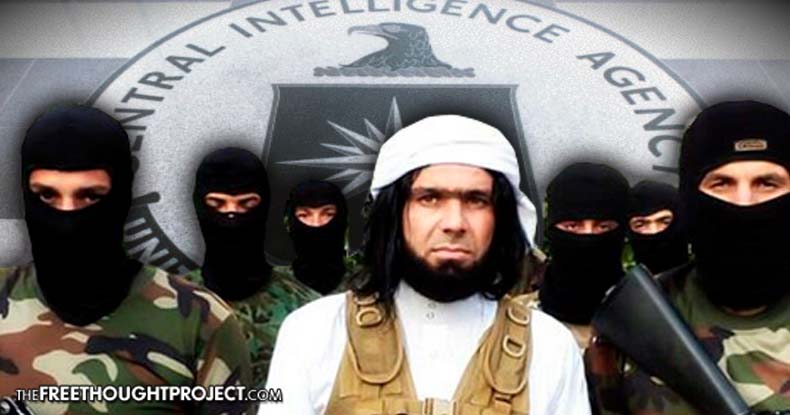 The founder of the transparency organization WikiLeaks released a statement Monday upon the release of over 500,000 diplomatic cables dating back to 1979, which succinctly reveals how the CIA was essentially responsible for creating the Islamic State (ISIS) terror group.

The timing of the release coincided with the sixth anniversary of WikiLeaks “Cablegate” release, which exposed the machinations of the underbelly of the U.S. empire. The latest release, known as the “Carter Cables,” adds 531,525 new diplomatic cables to the WikiLeaks’ already voluminous Public Library of U.S. Diplomacy (PLUSD).

In a statement released in concert with the release of the “Carter Cables,” Julian Assange mapped out how the events of 1979 began a series of events that have ultimately culminated in the rise of ISIS.

Assange editorial on today's 500,000 cables from the "year zero" of the modern era https://t.co/EN0PW5LWeF pic.twitter.com/jJKFfVWDtn

Assange lays bare the reality that the roots of modern Islamist terrorism began through a joint venture by the CIA and Saudi Arabian government, to the tune of billions of dollars, to create a “Mujahideen” force to fight against the Soviet Union in Afghanistan – which ultimately led to the creation of al-Qaeda.

Assange is not alone in his claims either. According to a poll by the Express, the overwhelming majority of people understand that US foreign policy created ISIS. Assange goes on to note that the subsequent attacks of 9/11, and invasion of Afghanistan and Iraq, directly led to the rise of ISIS.

“In the Middle East, the Iranian revolution, the Saudi Islamic uprising and the Egypt-Israel Camp David Accords led not only to the present regional power dynamic but decisively changed the relationship between oil, militant Islam and the world.

“The uprising at Mecca permanently shifted Saudi Arabia towards Wahhabism, leading to the transnational spread of Islamic fundamentalism and the US-Saudi destabilisation of Afghanistan,” said Assange.

The narrative laid out by Assange exposes exactly how militant Islam was nurtured by the CIA and Saudi government as a mean of usurping the communist Afghani government, which had asked for Soviet assistance in combatting Islamic terrorism.

“The invasion of Afghanistan by the USSR would see Saudi Arabia and the CIA push billions of dollars to Mujahideen fighters as part of Operation Cyclone, fomenting the rise of al-Qaeda and the eventual collapse of the Soviet Union.

“The 1979 current of Islamification spread to Pakistan where the US embassy was burned to the ground and Pakistan Prime Minister Zulfikar Ali Bhutto was executed.

“The Iranian hostage crisis would go on to fatally undermine Jimmy Carter’s presidency and see the election of Ronald Reagan.

“The rise of al-Qaeda eventually bore the September 11, 2001 attacks in the United States, enabling the US invasion of Afghanistan and Iraq and over a decade of war, leaving, at its end, the ideological, financial and geographic basis for ISIS,” said Assange.

In addition to the rise of global militant Islam, the latest release also includes cables regarding the election of Margaret Thatcher as British Prime Minister. Three Mile Island nuclear incident is also covered as well as cables highlighting Henry Kissinger secretly working with David Rockefeller to find a place for the deposed Shah of Iran to hide.

“In 1979 it seemed as if the blood would never stop,” noted Assange. “Dozens of countries saw assassinations, coups, revolts, bombings, political kidnappings and wars of liberation.”

With the release of the “Carter Cables,” WikiLeaks’ has now published a total of 3.3 million U.S. diplomatic cables. Staying true to their motto – WikiLeaks continues to open up governments.

Below is a video interview with Assange where he highlights an email from the Podesta leak, which exposed that the governments of Saudi Arabia and Qatar are directly funding ISIS. In that email, sent on August 17, 2014, Hillary Clinton asked John Podesta to help put “pressure” on the Qatari and Saudi Arabian governments over their support of ISIS. State sponsorship of ISIS, by what is generally considered a close ally of the United States, is something that U.S. officials continue to refuse to acknowledge publicly.

Hillary Clinton’s email to Podesta reveals clearly the reality of the situation.

“We need to use our diplomatic and more traditional intelligence assets to bring pressure on the governments of Qatar and Saudi Arabia, which are providing clandestine financial and logistic support to ISIL and other radical Sunni groups in the region,” Clinton wrote in the email.