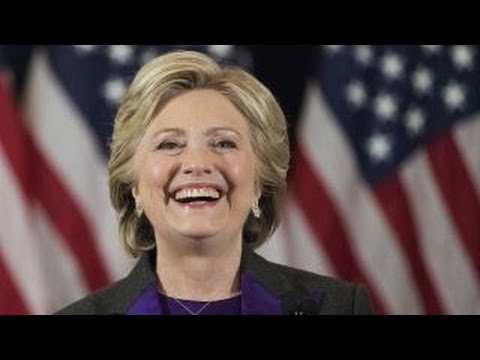 Just when you thought it was safe to forget about her

Just when you thought it was safe to forget about her, reports are emerging that Hillary Clinton is already planning yet another run for president in 2020.

According to National Journal columnist Ron Fournier, Hillary’s involvement in Jill Stein’s widely derided recount is all part of the agenda.

“Raising doubts about legitimacy of election, even w/out overturning result, is part of Clinton’s plans to keep her options open for 2020,” tweets Fournier.

Raising doubts about legitimacy of election, even w/out overturning result, is part of Clinton's plans to keep her options open for 2020

Another part of the strategy is the endless series of “random viral selfies” Clinton has taken with voters while walking in the woods. By portraying herself as a regular person, Hillary is attempting to eschew the reality that she is a completely out of touch elitist.

The last thing on one NY woman's Thanksgiving shopping list? A selfie with Hillary Clinton at the grocery store: https://t.co/ckgDFlDysc pic.twitter.com/pRa9gJ5vb5

“This is also why she’s “randomly” appeared with so many Dem operatives/PR flacks in grocery stores and on hiking trails recently, btw,” tweets Sonny Bunch, editor of the Washington Free Beacon.

“These encounters seem about as spontaneous her entire presidential campaign, which was excruciatingly conventional,” writes Andrew Stiles.

Indeed, many observers suggested that at least one of the encounters was totally staged for a public relations stunt.

Clinton, whose ailing health became a huge focus of the 2016 campaign, will be 73-years-old by the time of the next election.

“If you think you’re depressed about the thought of Hillary Clinton 2020, imagine how Democrats feel!” jokes Jim Geraghty.