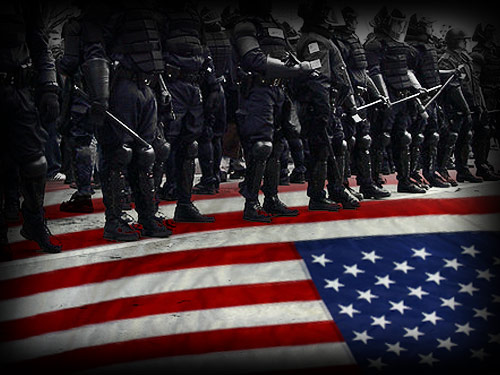 A California family is the latest victim of the government racket known as civil asset forfeiture, and theirs is a particularly disturbing case.

Civil asset forfeiture is a nasty legal loophole that allows government thugs to steal your property without charging you with a crime. They can seize your cash, car, bank accounts, jewelry – and even your home or business without arresting you for doing anything wrong.

Under this racket, the government proceeds directly against your property. An individual doesn’t need to be convicted of a crime, so criminal procedure does not apply. And because the forfeiture is against the property, the owner is a third party claimant in related court proceedings.

Your Fifth and Fourteenth amendment rights don’t apply in these cases.

It is, in essence, legalized theft.

It can be VERY expensive and VERY time-consuming to fight to get your property back. Sometimes, the cost of a case is more than the value of the goods stolen, and often people can’t afford to fight back at all.

The Institute for Justice – the “National Law Firm for Liberty” – has taken on the case of Med-West, a highly-regarded cannabis wholesale distributor in California.

From the press release:

For two years, James Slatic operated his legal medical marijuana business, Med-West Distribution, from a commercial building on Engineer Road. James was public about his marijuana business because, under California law, Med-West was permitted to manufacture and distribute the drug to patients with a doctor’s prescription. The business complied with state law, registered with the City of San Diego, had a website and paid hundreds of thousands of dollars in state and federal taxes every year.

Without warning, everything changed in January 2016, when San Diego police and agents from the U.S. Drug Enforcement Agency raided Med-West and shut the business down. The officers refused to recognize Med-West’s legal status and—without charging anyone with a crime—they seized everything from the business, including $324,000 in business proceeds.

But the legal nightmare was only beginning for James and his family.

Watch the cops raid Slatic’s business here, and listen to him tell his story.

“I’ve done nothing wrong,” said James Slatic. “It’s beyond frustrating that my family’s money was taken without any criminal charges being filed. My wife and teenage daughters had nothing to do with my business whatsoever, and the District Attorney took their college savings accounts. This is not just wrong; it is unconstitutional.”

IJ Attorney Allison Daniel, who is representing the Slatics, said,

Civil forfeiture is one of the greatest threats to property rights in the nation. Civil forfeiture takes the American principle of innocent until proven guilty and flips it on its head, treating property owners worse than criminals by making them prove their innocence.

The District Attorney’s Office and San Diego police and sheriff’s departments collect millions of dollars a year under the asset seizure racket. Gov. Jerry Brown signed a bill in September that requires criminal convictions before law enforcement agencies can keep most seized assets, but the new law does not go into effect until January, reports The San Diego Union-Tribune.

Both of the major political parties in the US support civil asset forfeiture reform, reports IJ:

This year, the party platforms for both the national Republican and Democratic parties endorsed forfeiture reform. As the Republican Party explains in its platform, “civil asset forfeiture was originally intended as a way to cripple organized crime.” But today, “it has become a tool for unscrupulous law enforcement officials, acting without due process, to profit by destroying the livelihood of innocent individuals, many of whom never recover the lawful assets taken from them.” Similarly, the Democratic Party platform calls to “to protect people and remove perverse incentives for law enforcement to ‘police for a profit.’”

In 43 states and under federal law, once a property has been forfeited, law enforcement agencies can keep anywhere between 45 to 100 percent of the proceeds. Revenue has skyrocketed since those “policing for profit” incentives were enacted.

In 2014, deposits in the Assets Forfeiture Fund for the Justice Department totaled $4.5 billion.

A federal appeals court ruled on August 16, 2016, that Department of Justice (DOJ) cannot spend budget money to prosecute people who grow, sell or use medical marijuana if they comply with state law. The 25 states who’ve found themselves subject to continuous raids — in spite of medical pot being legal – should, in theory, be safe now.

“If the federal government prosecutes such individuals, it has prevented the state from giving practical effect to its law,” Circuit Judge Diarmuid O’Scannlain wrote for the court.

Unfortunately, this ruling occurred too late for Slatic and his family.

On November 8, Californians voted to legalize recreational use of marijuana for adults over 21.

The majority of Americans support legal marijuana, according to several recent polls.

Yet, the DEA continues to refuse to remove the plant from Schedule I. It remains illegal at the federal level. It shares Schedule I status with heroin, LSD, and methaqualone (Quaalude) and it is more strictly regulated than the powerful prescription painkillers that have killed more than 165,000 people since 1999. To date, not one person has died from a cannabis overdose.

The article Prohibition, Politics, and Profit: The Truth About Cannabis and Why Government Wants to Control It provides a detailed history of cannabis and the truth about why it is still illegal at the federal level (and will likely remain so).

The DEA runs a cannabis eradication program that provides funding to 128 state and local law enforcement agencies. Its purpose is to aggressively search for, seize, and destroy illegal marijuana grows across the US. In 2015, federal spending on the program was $18 million, consistent with levels seen in previous years. That works out to a cost-per-plant of $4.42. Last year, local, state, and federal authorities uprooted roughly 4.1 million cultivated marijuana plants in all 50 states.

Who pays for this? Americans do. Much of the money the DEA uses to run their operation comes from the Justice Department’s asset forfeiture program, which is controversial itself: under this program, police can seize your property without charging you with a crime. In 2014, the government seized $4.5 billion from citizens – that’s more than the total value of assets that were stolen by criminals the same year. In other words, more assets were taken by law enforcement than by thieves.

As you can see, the federal government has a lot to lose if cannabis is fully legalized.

For-profit prisons and the pharmaceutical industry also do not want to see cannabis legalized because it would result in substantial financial losses for both industries.

The seizing of the Slatic family’s assets has nothing to do with fighting crime and everything to do with padding the pockets of the San Diego police department and the DEA. In the nine months since the raid, the District Attorney has not brought criminal charges against the Slatics or anyone associated with Med-West. Despite this, the DA has left the family’s money in legal limbo, refusing even to begin legal proceedings in which the Slatics could prove their innocence.

A victory in this case will result in the return of the family’s money – and will uphold the principle that no American should lose his or her property without being convicted of a crime.