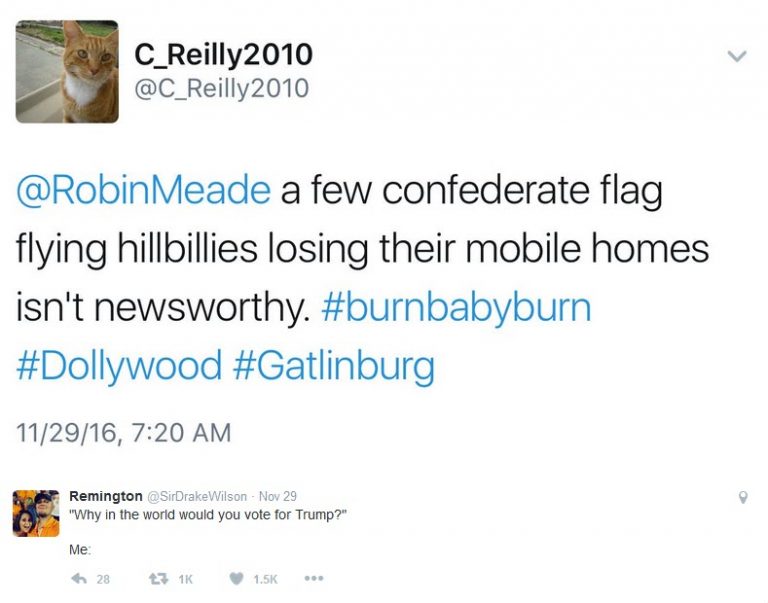 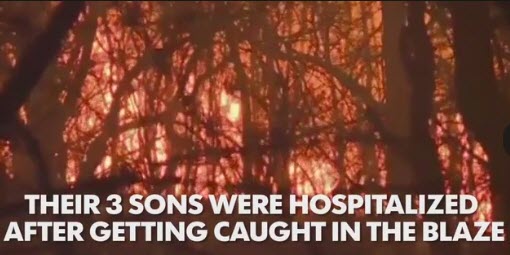 The amount of hate being poured all over the internet over an election has flown right past disgusting to a level of dehumanization that kind of makes me want to cry for humanity.

Some 14,000 people have been forced to evacuate in and around Gatlinburg, Tennessee, and at least seven people have died, another 14 hospitalized, and thousands of people have lost everything and are sleeping in shelters tonight as massive fires continue to spread out of control there.

And, instead of coming together in support of each other in a trying time, people are finding it within themselves to politicize a fire and spew hate at each other.

I'm out here and people are shook. Gatlinburg is racist as fuck. Full of trump supporters and klansmen. Karma or nah? https://t.co/tohs6dBQf4 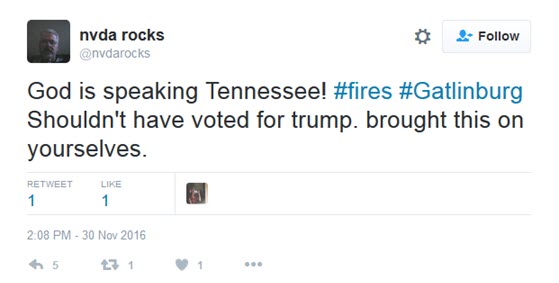 But people are actually out there laughing about Trump supporters’ houses burning down in the Tennessee fires, and even star Michael Ian Black is making glib, dickish jokes about it.

"Thousands of Trump supporters move honeymoon reservations to Branson as wildfires threaten Gatlinburg" needs to be an @TheOnion article. 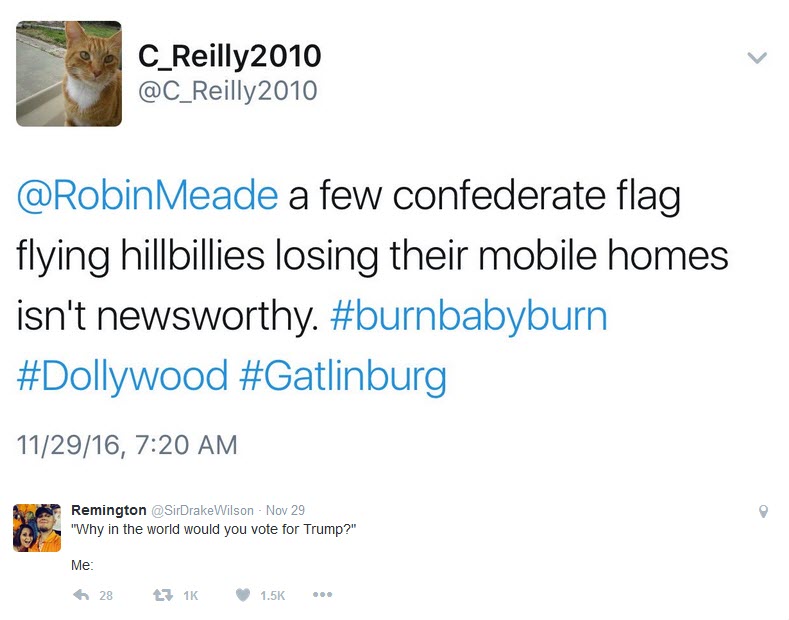 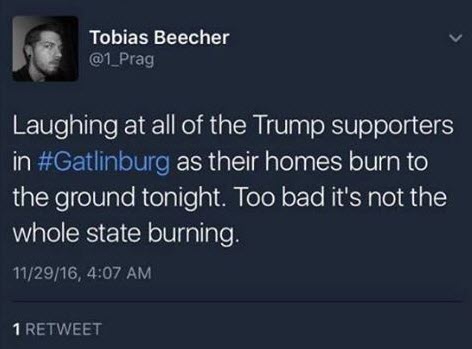 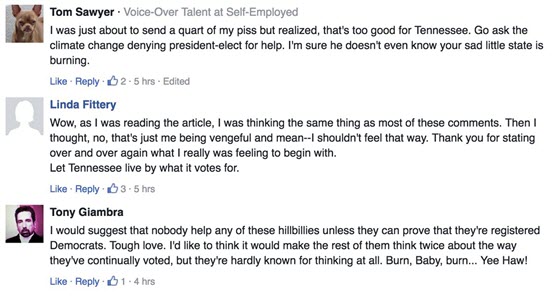 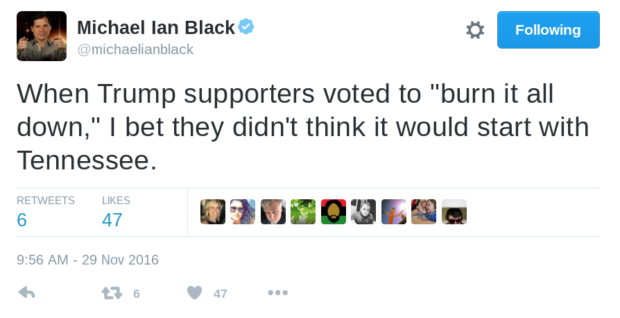 After a huge outcry where even some anti-Trump people called him out for being horrible, at least he apologized and removed it:

A little late though, considering he already spread that kind of hate to his over 2 million followers.

This whole situation makes me hang my head. The country is obviously way past the scary point when people can be this openly disgusting to each other over something like an election! Wishing people’s houses would burn? Wishing their lives would be destroyed? Or that they would die?!

Over Donald Trump and Hillary Clinton?!?!

What in the hell has happened to people???

We need to step back and ask ourselves when, as a society, did this kind of depraved behavior become the norm? 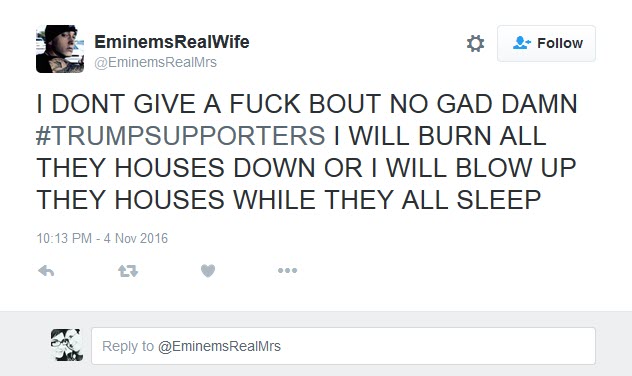 Just a thought, but considering the vile nature of the environment in America at this point, can you imagine what this place is going to look like if, say, the economic collapse happens now?

It’s going to make every zombie movie you’ve ever seen look real, because the hate-fueled masses are already showing how little of their humanity is left and not even over a life-or-death situation that actually immediately personally effects them.