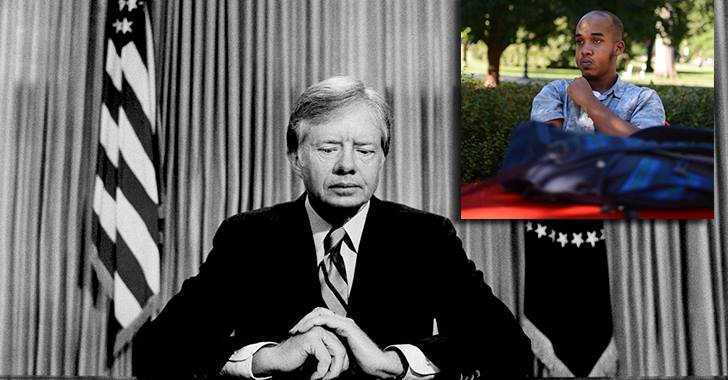 Al-Qaeda wouldn’t have been powerful enough to plan and execute the horrific mass killing of thousands of Americans on September 11, 2001, if it hadn’t been for President Jimmy Carter and, later, Charlie Wilson, the Democratic representative from Texas.

In 1980, Wilson joined the House Appropriations Subcommittee on Defense, and his insistence on increasing funding for rebels in then-Soviet-occupied Afghanistan helped members of a small group of mujahideen become one of the most effective anti-U.S. militant forces in the Middle East.

At that time, the Democratic congressman felt compelled to become more involved in the struggle in Afghanistan after reading a dispatch from the Associated Press. As he heard of refugees fleeing the country due to the Soviet Union’s support for the communist Democratic Republic of Afghanistan, which had taken control of the government after the Saur revolution, the idea of propping rebels who were left fighting “with stones” became an obsession.

As such, through a CIA program called Operation Cyclone, United States taxpayers sent about $20 to $30 million per year to the mujahideen in 1980, a figure that had risen to $630 million per year by 1987 under President Reagan. Due to his key role as the main pro-mujahideen force in Congress, Wilson worked closely with Gulbuddin Hekmatyar, a leader of the rebel group who later worked closely with Osama bin Laden through the Hezb-e Islami militant group, which was formed at the time to fight Soviet forces with the help of the U.S. government’s aid.

Osama bin Laden, the son of a billionaire construction magnate connected to the Saudi royal family, also funneled money from his own family’s business to support the anti-Soviet cause in Afghanistan.

As bin Laden went on to create al-Qaeda in 1988 after receiving training from the U.S.-backed Pakistani Armed Forces and the Pakistani Inter-Services Intelligence (ISI), the United States provided the group with money and weapons. As Osama bin Laden went on to plan and carry out the 9/11 attacks, becoming one of the biggest targets of the Barack Obama administration, the “Butcher of Kabul” as Hekmatyar is known, was officially pardoned by the Afghan government — an entity currently supported by the U.S. government.

While Rep. Wilson played an essential role in pushing for more U.S. intervention in Afghanistan during the Cold War, pitting two of the most powerful empires in the world against each other, under the watch of President Carter the U.S. government had already begun propping up the mujahideen in Afghanistan as early as July 3, 1979 — six months before the Soviet intervention in the region.

In July, Carter “signed the first directive for secret aid to the opponents of the pro-Soviet regime in Kabul,” prompting then-national security adviser Zbigniew Brzezinski to explain to the president that “this aid was going to induce a Soviet military intervention” at some point in the future.

Even so, Brzezinski backed the idea of supporting the mujahideen, claiming years later in a 1998 Counterpunch interview that the government “didn’t push the Russians to intervene, but we knowingly increased the probability that they would.”

With the war between the mujahideen and the Soviet empire that sprung out of the U.S. government’s early intervention in the region — and the subsequent escalation due to Wilson’s push while in Congress — al-Qaeda became the powerful group it is to this day.

As mainstream news organizations like CNN claim Abdul Razak Artan, the Somali immigrant who attacked pedestrians this Monday in Ohio, had drawn inspiration from an alleged senior al-Qaeda recruiter and spokesman, Yemeni-American cleric Anwar al-Awlaki, as well as from ISIS, it’s important to note that events could have evolved differently if America had never been involved in the region in the first place.

It’s also important to note that just a few days before the deadly and despicable Ohio incident, President Barack Obama escalated the country’s global war on terror by “announcing that he has formally added Somali militant faction al-Shabaab into the ‘perpetrators of 9/11’ war authorization from back in 2001.”

While we’ll never know how things would have unfolded had America and the Soviet Union stayed out of territorial wars in the Middle East, it’s important to keep in mind the history behind the conflicts that now impact us so directly.