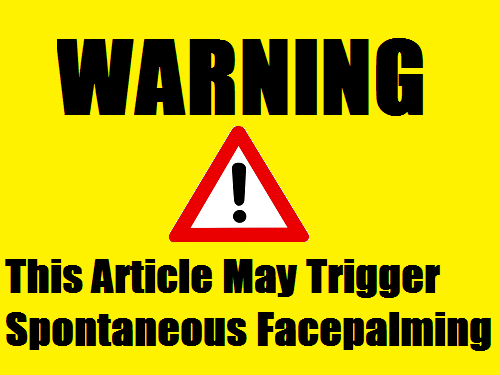 Surprise, surprise: Looks like yet another sensitive soul has been triggered into a frenzy by words.

A parent of a student in the Accomack County Public School system of Virginia is pretty upset, and she has filed a formal complaint.

Because two classic novels on the schools’ shelves contain racial slurs, and the parent thinks the books should be banned.

The slur occurs 219 times in Mark Twain’s The Adventures of Huckleberry Finn and 48 times in Harper Lee’s To Kill a Mockingbird. (Who actually takes the time to count this sort of thing, anyway?)

The use of both novels in both classrooms and libraries has been temporarily suspended per the Accomack County Public Schools policy manual.

A committee. To figure out if two classic novels should be banned from schools because someone’s feelings were hurt.

Here’s a novel idea (pun not intended): How about if a particular book offends you…you don’t read it, and if your child reads it, you talk to them about the content? But that’s not enough for these special snowflakes, is it? They have to attempt to impose their will on everyone else.

During a school board meeting on November 15, the parent voiced her concerns about the books, reports WAVY.com:

“Right now, we are a nation divided as it is,” the mother is heard saying in an audio recording of the meeting on Nov. 15. She tells the board that her biracial son, a high school student, struggled getting through a page that was riddled with a racial slur.

“So what are we teaching our children? We’re validating that these words are acceptable, and they are not acceptable by any means,” the parent said.

Pardon my bluntness, but if a teenager can’t handle written words on a page, how on Earth is he or she going to handle real life?

Another parent told the news outlet she agrees with the complaint:

Victoria Coombs, a mother of two, told 10 On Your Side she agrees that books with offensive racial slurs should not be read in schools.

“It’s not right to put that in a book, let alone read that to a child,” she said.

Please, do go on…tell us exactly what should be put in books and read to children, Ms-We-Need-Book-Police.

I bet neither of those parents has ACTUALLY READ THOSE BOOKS.

“I don’t want to see it happen because if you start with one racial word in a book and have to go on and on and on and pretty soon you’ll be burning books left and right,” R. Kellam said.

“Everybody’s read it… it didn’t change a difference in my views at all,” Catherine Glaser said. “I’d like my son to read those books… my daughter’s mixed, and I don’t have a problem with it, I love those books.”

The Adventures of Huckleberry Finn was first published in December 1884. Much of the controversy over the book surrounds the character named Jim, who is an adult black slave who has escaped. Huck, a 13-year-old white boy, joins him in spite of the conventional thinking of the times and the law. Throughout the novel, Jim is depicted as logical, intelligent, compassionate, and loyal, and these traits establish him as a heroic father figure to Huck.

The novel is largely sympathetic to the plight of escaped slaves and critical of the institution of slavery. In fact, Many Twain scholars have argued that the book, by humanizing Jim and exposing the fallacies of the racist assumptions of slavery, is an attack on racism.

But others disagree, and because of this controversy, the book remains one of the most challenged in the United States. Much of the controversy surrounds the book’s use of the n-word, without understanding that the word was more neutral in Twain’s time than it is now, and without considering the context and the story as a whole.

To Kill a Mockingbird was published in 1960. It was an immediate success, won a Pulitzer Prize, and remains a classic of modern American literature. The plot and characters are loosely based on Lee’s observations of her family and neighbors, as well as on an event that occurred near her hometown in 1936, when she was 10 years old. The novel is known for its warm and humorous tone, despite dealing with the serious issues of rape and racial inequality. Atticus Finch, the narrator’s attorney father, has served as a moral hero for many and as a model of integrity for lawyers. One critic explains the novel’s impact by stating, “In the twentieth century, To Kill a Mockingbird is probably the most widely read book dealing with race in America, and its protagonist, Atticus Finch, the most enduring fictional image of racial heroism.”

The primary themes of To Kill a Mockingbird involve racial injustice and the destruction of innocence. Scholars have noted that Lee also addresses issues of class, courage, compassion, and gender roles in the American Deep South. The book is widely taught in schools in the United States with lessons that emphasize tolerance and decry prejudice. Despite this, the use of racial slurs has led to calls for the book to be removed from schools and libraries.

The Library of Congress, the world’s largest repository of knowledge and information, lists both To Kill a Mockingbird and The Adventures of Huckleberry Finn on its list of Books That Shaped America.

Both novels are historically accurate yet ahead of their times, and provide valuable lessons in compassion, ethics, and the struggles of humanity.

But we can’t let logic and reason get in the way of irrationally (and uniformed) hurt feelings, can we?

On a side note, I’m reminded of a quote from none other than Twain:

“There is a charm about the forbidden that makes it unspeakably desirable.”

I wonder if people who call for bans of books, movies, and other items realize that prohibiting the use of such things often makes them more appealing.