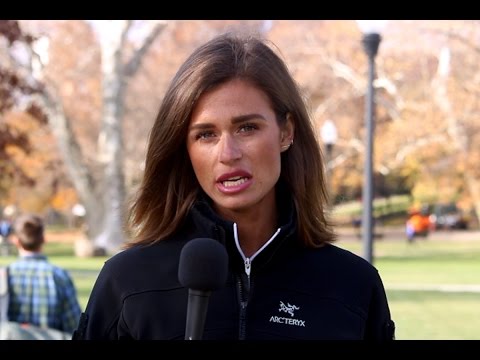 One student said he felt safe on campus while refusing to even acknowledge that the vehicle and knife attack, for which ISIS claimed responsibility, was a terrorist attack.

After after being reminded that ISIS had claimed responsibility, an older faculty member refused to admit the attack was terrorism, as did numerous other students who were seemingly under the impression that to call a terrorist attack a “terrorist attack” was politically incorrect.

A man in a pink shirt then asserted that the attack was not terrorism, before insisting that the incident was a “misunderstanding”.

“That person probably experienced a lot of racism and racism is a traumatic experience,” he added (America was so racist towards Artan that he was given free housing, free education, food stamps and free health care).

Despite a Facebook post that clearly explained how Artan had carried out the attack in the name of Islam, the safe space special snowflakes thought that discussing his religion was taboo and ‘not related’ to the attack.

Another female student agreed that terrorist attacks were “the price to pay for being a multicultural, diverse and tolerant society,” and that Christianity was just as bad as Islam when it came to individuals acting out violently.

The older faculty member concluded by saying that he “felt sorry” for the Somali community, the family of the terrorist, and hoped they recovered quickly.

As we highlighted, Artan had been studying “microaggressions,” a ludicrous branch of political correctness that defines certain everyday words or behaviors as offensive, bigoted or racist.

Artan also whined about Muslims being mistreated, a narrative that was echoed by another Somali OSU student, who was given a platform by NPR the day after the attack to argue that mean tweets were more of a threat than knife-wielding Islamic terrorists.