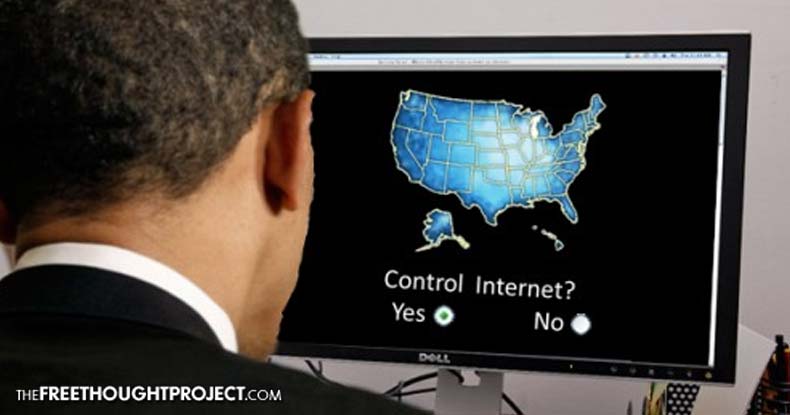 Congress is ready to join the crusade against so-called “fake news,” forwarding a measure through the National Defense Authorization Act (NDAA) to combat purported foreign propaganda and disinformation. The news comes after mainstream media have been busy promoting bogus blacklists, lashing out at those who dare question the narrative. According to VOA:

“A congressional committee on Wednesday approved the measure, which would expand the ability of the State Department’s Global Engagement Center to identify and combat online disinformation. It still must be voted on by the full House and Senate and signed by the president before taking effect…

The measure advanced this week would draw on the resources of the Defense Department, intelligence agencies, the U.S. Agency for International Development and the Broadcasting Board of Governors — parent organization to Voice of America and other U.S. government-funded international broadcasters — according to the Washington Post newspaper.”

The effort grew out of the Countering Foreign Propaganda and Disinformation Act and would supposedly stick to foreign targets. However, the Snowden revelations made us well aware that government is ready and willing to turn its powers on domestic targets — without notification.

The fact that this $160 million, two-year authorization is being advanced through the annual military budget makes it all the more disconcerting. Under the guise of the war on terror, the NDAA has been used to increase Executive authority, and the 2012 version went so far as to authorize the indefinite military detention of U.S. civilians without habeus corpus.

In promoting the bill, Sen. Chris Murphy gave the Washington Post some propaganda to repeat, saying, “In the wake of this election, it’s pretty clear that the U.S. does not have the tools to combat this massive disinformation machinery that the Russians are running.”

Naturally, the Washington Post did not analyze these statements, and failed to mention that last year the Pentagon ramped up its information war through the STRATCOM program. Based in Latvia, on the front lines of the new Cold War, this program merges “psychological operations, propaganda and public affairs under the catch phrase ‘strategic communications.’”

This “new temple to information technology” represents the latest evolution in a decades-long effort to control the narrative so U.S. military hegemony can advance unchecked, making endless war the norm. The control and manipulation of information is now viewed as a “soft power” weapon.

But why would they need a new Congressional initiative to combat purported Russian propaganda if they already have STRATCOM? Considering the establishment’s war on alternative media and those who legitimately question the narrative, the NDAA measure could be frightening indeed.

More than one blacklist has been propagated through mainstream media – with no evidence or rational justification – lumping reputable news and opinion sources with actual “fake news.”

The Washington Post wins the prize for most desperate attempt, suggesting that around 200 websites – including this one – are willing co-conspirators or “useful idiots” in a massive Russian propaganda campaign. The list included longtime, respected outlets such as Ron Paul Institute, Consortium News, Truth Dig, AntiWar.com and others.

To advance this claim, Craig Timberg referenced a group called PropOrNot, although no research or evidence was provided, nor were the people behind the list revealed. We’re supposed to just take their word for it, because they are the hallowed mainstream media.

So it’s no surprise that Timberg proudly wrote a Washington Post article trumpeting the Congressional measure as “the most significant initiative against foreign governments’ disinformation campaigns since the 1990s.”

The reference to “foreign governments’” rings hollow, as this is the same author pushing a McCarthyist crusade against American outlets. Authentic analysis of U.S. foreign policy is anathema to the Washington establishment, whose think-tanks generate endless war as “primary provocateurs” with MSM outlets acting as “secondary communicators.”

Timberg and fellow crusaders don’t seem to appreciate the fact that we criticize the war-mongering of all governments, not just America’s. Hillary was exposed as a key player in this perpetuation of endless war.

The rise of Donald Trump – whose authoritarian tendencies may turn out to be even worse for the cause of peace – doesn’t mean we shouldn’t have called out Hillary. It means the system is broken.