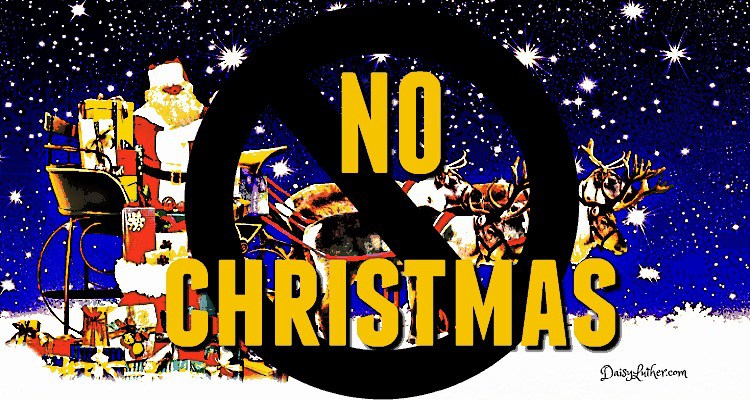 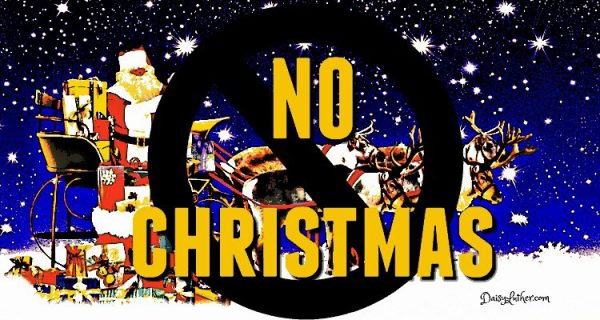 Every kid in America liked Christmas a lot, but the Left, north of Politically Correctville, did NOT.

While the holiday season used to be one of peace, love, and joy, it seems that lately, the politically correct set seems determined to crush every jingling bell under the heel of their jackboots, particularly at colleges and universities across the country.  The Left is stealing Christmas just as certainly as any Grinch in Whoville.

First, let me be clear.

I don’t care if someone wishes me a merry Christmas or happy holidays. I am delighted that they’re offering me any type of good wishes, regardless of how generic or specific those wishes might be. I also understand that many of the traditions we celebrate in America aren’t really “Christian” in origin. For example, Christmas trees, Yule logs, and Santa all have origins in paganism.

But, in the United States, we have a traditional way of celebrating. We put up lights. We decorate trees. We have Santa in every mall. We make everything cheerful, festive, and beautiful to brighten up our winters.

But…cue dramatic music…not for much longer if the Left has their way. Because the way we celebrate in America isn’t “inclusive” enough.

Colleges are cracking down on Christmas

Be careful how you decorate, celebrate, and eat at these nine universities across the country. Even Catholic Universities are trying to straddle the razor blade of “inclusivity.”

1. The College at Brockport, State University of New York, has guidelines issued by the office of Interim Assistant Provost for Diversity. (Let me digress for a moment: I finally found a job for people with degrees that I previously believed were completely useless. They can be Provosts for Diversity. Your tax dollars at work.) They offered this list of “inclusive” strategies:

2. Missouri State University has provided a set of guidelines that excludes more than Christmas. On that banned list there are Jewish symbols, Christian symbols, and Islamic symbols.

3. Harvard University is making things super easy by printing out a Social Justice placemat so that all students can learn how to annoy the snot out of their entire family when they go home for the holidays. (PS: They also have a job for those liberal arts majors at the Office for Equity, Diversity, and Inclusion.) Campus Reform reports:

The Office for Equity, Diversity, and Inclusion at Harvard University distributed what it is calling “Holiday Placemats for Social Justice” on campus to help freshmen students navigate difficult conversations when they return home for Christmas break.

The placemat, a copy of which was obtained by Campus Reform, offers students tips for talking to their family members about controversial topics such as “Black Murders in the Street,” “House Master Title,” and “Islamophobia/Refugees.” The placemat, divided into four possible topics of conversation, provides students with a series of sample questions they may encounter when they return home to their families along with an acceptable response to each question.

Because, you know, nothing says “holiday celebration” like an 18-year-old discussing “black murders in the street” at Christmas dinner with his family.

That “diversity” and “inclusion” require censoring and silencing all things Christian is a typical attitude of the politically correct. Of course, this is not “inclusive,” but rather exclusionary.

Genuine inclusion would mean recognizing the diversity of religious beliefs and traditions. The National Menorah, on public property just south of the White House, is an example. If Muslim students at Marquette wanted to stage events to celebrate Ramadan they would certainly be allowed to by Marquette (although Ramadan is usually in the summer with few students around).

5. Oregon State University (who has an Office of Inclusion and Diversity for job hunters with otherwise useless degrees) also offers helpful guidelines in a handy, printable, PDF format.

The content of the webpage referenced was an effort to help facilitate celebrating holiday traditions of all faculty, staff and students. It is not a mandate or university policy. To avoid misinterpretation or confusion, the webpage has been removed.

Don’t despair. Campus Reform reported on it before it was taken down:

Students and staff are encouraged to be “thoughtful in [their] decorating choices” at Ohio State. Greenery, white lights, snowflakes and bows are deemed appropriate. The school, however, would prefer they avoid the colors red and green to convey an “inclusive holiday spirit.”

7. Cornell University snuck their guidelines onto the bottom of their “Fire Safety Guidelines for Holiday Decorations.” However, that page has been removed, so students must flail along on their own unless they see the report on Campus Reform:

The guideline first lists decorations that are consistent with the school’s “commitment to diversity.” Among these items are snowflakes and trees decorated with snowflakes.

Decorations that are consistent with the school’s “assembly guidelines,” but should be a “basis of dialogue” include bows, garland and lights, wreaths with bows, a combination of snowflakes with Santa Claus figures and dreidels, and holly.

Decorations that are consistent with the school’s “assembly guidelines,” but should nonetheless be a “basis of dialogue” include bows, garland and lights, wreaths with bows, a combination of snowflakes with Santa Claus figures and dreidels, and holly.

8. The University of Tennessee at Knoxville says that “Secret Santa” exchanges are no longer cool, but generic and unfestive terms like “practical joke exchanges” or “secret gift exchanges” are acceptable. They suggested that employees of the university “ensure your holiday party is not a Christmas party in disguise.”

The list was removed after some of the Tennessee legislators called for the Chancellor of the school to resign.

9. The University of Illinois offered a helpful Holiday Q&A. Here’s one of the questions and answers:

Q: Aren’t you being too politically correct when you tell us to not have a Christmas party? That’s a time when we get to socialize and feel good.

A: We have never said don’t have a Christmas party at your house. We are speaking about the work environment where you have many people who do not celebrate Christmas but celebrate other holidays. You can have a holiday party or end of year party. You can even ask people to talk about any holidays they celebrate this time of year. Before there was any consciousness around appreciating differences we would hear from other employees who said they did not feel comfortable participating or attending an office party that was just for Christmas. Celebrations in the workplace are for everyone. Is it more important to have a “Christmas” party at work which will make some people feel excluded and valued less or to be able to have full participation and good will that will last the year?

Can’t we just celebrate without the Inclusivity Police peeing all over our Christmas trees?

It may seem like this post is religious in nature, and that’s not the case at all. It’s about the fact that we must bow to the whims of the politically correct or be accused of racism or xenophobia.

I strenuously object to this cultural overhaul that supports the “inclusivity” of everyone else’s traditions but crushes our own.  Why must Americans eradicate all vestiges of our own traditions to make other people comfortable?