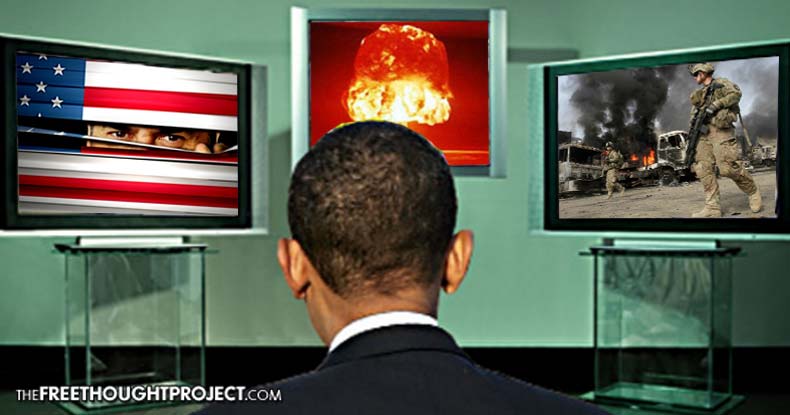 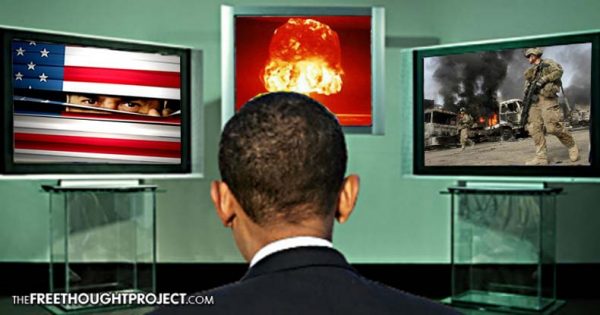 With the mainstream media pushing the false narrative of “fake news” acting as a pox on society, it may come as no surprise to some that President Barack H. Obama is reportedly getting into the news business. Yes, that’s right. Sources say the soon to be former president is considering starting his own media company, which could resemble something like a liberal version of Alex Jones, for example.

So, could it be that the mainstream media is in the tank for Obama, helping him launch his new career in media, by recklessly driving home a false narrative on the American people that their alternative news sources simply cannot be trusted? Maybe. But no one appears to be holding their breath that the outgoing president will follow the example of his predecessor, George W. Bush, from whom the public has heard very little over the last eight years — outside of random appearances during which he laughs at murdered police officers’ funerals.

The White House communications director Jen Psaki denied the rumors, telling Policy.Mic in a statement, “While the president will remain actively engaged in inspiring young people and he is interested in the changing ways people consume information, he has no plans to get into the media business after he leaves office.”

But such a denial wouldn’t be the first time the White House purposefully launched misinformation into the world wide web for political purposes. After all, it was the Obama administration’s Ben Rhodes who bragged about creating an “echo chamber” of young, unwitting journalists to write what the administration wanted to propagate.

With highly respected individuals like Ben Stein, and Charles Krauthammer, both calling Obama a “narcissist,” it would be no surprise to many that the president’s desire to hear himself speak would be satiated within his own media empire. Just picture a website like www.obama.com. It’s available, for a price, and if acquired by the president, who knows, maybe it would become a reality. Oprah has hers (www.oprah.com), why not a former president?

Policy.Mic accurately reported in the run-up to Election Day, mainstream media floated rumors that President-elect Donald Trump would create his own media network if he lost the election. Remember that? Now those rumors are a distant memory, and Trump’s career trajectory has gone off on a tangent. Who better to pick up the mantle and start a new network than the nation’s first black president?

The Rolling Stone magazine first dropped a hint that he’ll be creating his own network. The president said, “I’ll spend time…writing a book, and I’m gonna be organizing my presidential center, which is gonna be focused on precisely this issue of how do we train and empower the next generation of leadership. How do we rethink our storytelling, the messaging and the use of technology and digital media, so that we can make a persuasive case across the country? And not just in San Francisco or Manhattan but everywhere, about why climate change matters or why issues of economic inequality have to be addressed.” From that statement alone, one could deduce that the president has big plans in media.

Obama is making no promises he’ll keep quiet after he leaves. In a recent visit to Peru, the sitting U.S. president told reporters, when asked if he’d follow the model set by his predecessor to stay quiet, “If there are issues that have less to do with the specifics of some legislative proposal or battle or go to core questions about our values and ideals, and if I think that it’s necessary or helpful for me to defend those ideals, I’ll examine it when it comes.” For all free thinkers everywhere, the thought of an Obama media network may send shivers down one’s spine. Just when you think you’re getting rid of him, here he comes again.