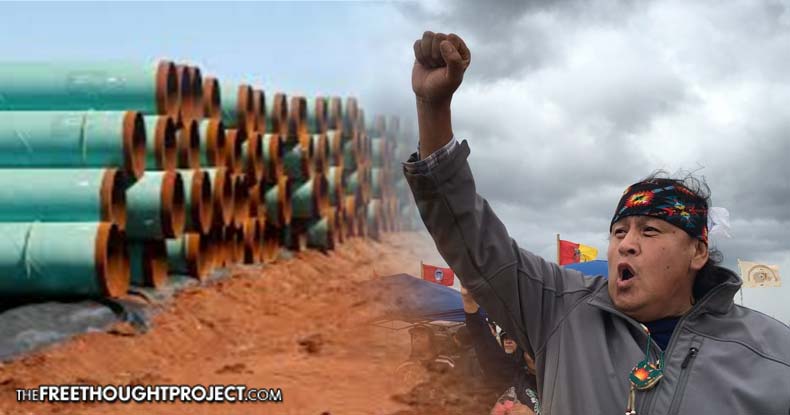 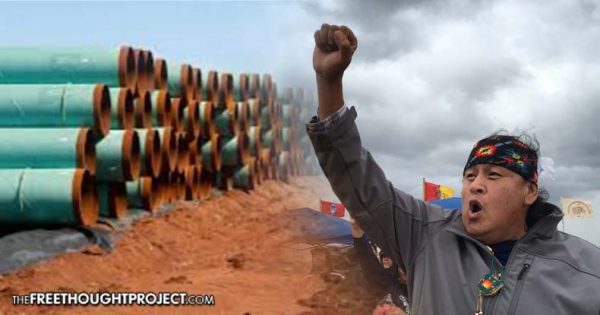 In a complete reversal of the expected, early reports say the Army Corps of Engineers has now denied the easement which would allow Energy Transfer Partners to drill and route the Dakota Access Pipeline under the Missouri River.

A press release from the Standing Rock Sioux Tribe says “the Department of the Army will not approve an easement that will allow the proposed Dakota Access Pipeline to cross under Lake Oahe.”

“Today, the Army Corps of Engineers announced that it will not be granting the easement to cross Lake Oahe for the proposed Dakota Access Pipeline. Instead, the Corps will be undertaking an environmental impact statement to look at possible alternate routes. We wholeheartedly support the decision of the administration and commend with the utmost gratitude the courage it took on the part of President Obama, the Army Corps, the Department of Justice and the Department of the Interior to take steps to correct the course of history and to do the right thing.

“The Standing Rock Sioux Tribe and all of Indian Country will be forever grateful to the Obama Administration for this historic decision.”

Those veterans join thousands of others encamped on the banks of the Missouri near the Lake Oahe reservoir, where Energy Transfer Partners — the company responsible for construction, and in the midst of a merger with Sunoco Logistics — has continued operations at a drill pad despite stern warnings from the Army Corps against those actions.

While initial reports were unclear, the statement from the Standing Rock Sioux Tribe validates the information, first emerging from a Facebook video from Native American Council Elder Remi Baldeagle, in which he stated, smiling broadly:

According to the U.S. Army in a statement to its website:

“Although we have had continuing discussion and exchanges of new information with the Standing Rock Sioux and Dakota Access, it’s clear that there’s more work to do.The best way to complete that work responsibly and expeditiously is to explore alternate routes for the pipeline crossing.”

Although undoubtedly this news is welcome to the thousands of water protectors camped in the bitter North Dakota winter in support of the Standing Rock Sioux Tribe — and hundreds of thousands worldwide who have worked toward action against the Dakota Access Pipeline — a re-routing is not the ultimate solution most had hoped for.

In fact, on the ground near Cannon Ball, North Dakota, a somewhat subdued mood reigned, as many suspected the Army Corps might simply be acting to defuse an increasingly tense, violent, and controversial situation.

Whether or not the refusal to grant the necessary easement will result in effective changes satisfactory to the Standing Rock Sioux and Cheyenne River Sioux Tribes and their supporters will have to be seen in coming days.

In the meantime, however, Energy Transfer Partners is obligated to halt Dakota Access Pipeline construction immediately — and the route under the Lake Oahe reservoir will be permanently abandoned.