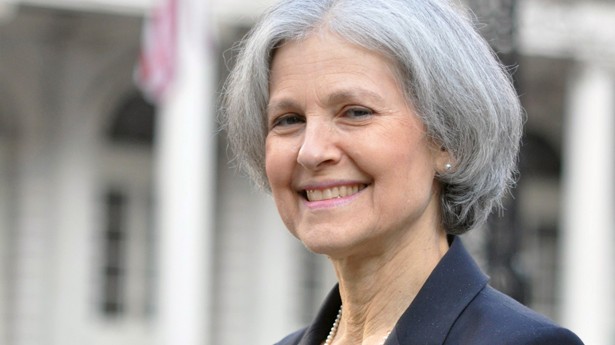 After claiming it was too expensive, Jill Stein announced over the weekend that she was dropping the recount case in Pennsylvania, despite the fact that she had raised over $7 million dollars for recounts after Pennsylvania demanded a $1 million bond.

The decision came two days before a court hearing was scheduled in the case. Saturday’s court filing to withdraw the case said the Green Party-backed voters who filed the case “are regular citizens of ordinary means” and cannot afford the $1 million bond ordered by the court by 5 p.m. Monday. However, Green Party-backed efforts to force recounts and analyze election software in scattered precincts were continuing.

It had been speculated the reason is because the vote disparity was still shy of the figure necessary for an automatic statewide recount (via Zero Hedge):

As we noted earlier, according to Philly Voice, an updated count Friday by state election officials shows Trump’s lead over Democrat Hillary Clinton has shrunk from 71,000 to 49,000. If this new number is accurate, Trump’s lead is at 0.8 percent, down from more than 1 percent. That is still shy of Pennsylvania’s 0.5 percent trigger for an automatic statewide recount.

But Saturday it was announced that, instead of dropping it as her state case was, Stein is escalating the recount straight to federal court instead:

On Monday, I will escalate #Recount2016 in PA and file to demand a statewide recount on constitutional grounds. The people deserve answers.

Via another CBS article:

After announcing Stein and recount supporters were dropping their case in state court, lawyer Jonathan Abady said they will seek an emergency federal court order Monday.

“Make no mistake – the Stein campaign will continue to fight for a statewide recount in Pennsylvania,” Abady said in a statement Saturday night. “We are committed to this fight to protect the civil and voting rights of all Americans.”

She is also hosting rallies in front of Trump tower:

Join me at a rally in front of Trump Tower to demand fair elections! RSVP: https://t.co/OjPfjRdn3N #Recount2016 pic.twitter.com/EulfDnuaw1

Again, one has to wonder if the outcome had been Hillary, would Stein be doing the same here?

This isn’t about recounts, which are always welcome, especially in elections which can be as shady as America’s federal elections.

But the point remains: why are the states Stein is focused on states which, if flipped, would make Hillary president? Why those states specifically? If she really cares about fair elections and that’s the real reason she’d doing this, why isn’t Stein looking even bothering to look into New Hampshire where Hillary won by less than 3,000 votes?

If anyone should be looking into vote fraud anywhere, shouldn’t it be that state first?

If not, there’s only one reason, and it’s pretty obvious.