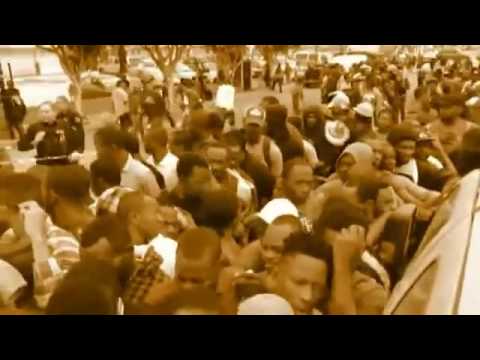 Remember what happened to Germany last year when Germany allowed over a million Muslims to pour into her borders?

Well the same is about to happen right now, as hundreds of thousands of Muslims and Africans are waiting in Tijuana to cross over the borders into California:

“While the exact draw of the round-the-world route isn’t entirely clear, Meyer said an expanding network of human smugglers appear to be taking advantage of the increasingly popular smuggling routes that use Mexico as a transit country.

“There’s a lot of smuggling that goes through Mexico that you don’t see,” Meyer said. She added that rumors of lenient treatment of some immigrants in the United States may also be a factor.

The recent influx of overseas migrants may be a harbinger of things to come.

More than 7,000 people who claimed to be from Africa have been arrested in Mexico between January and August, according to statistics maintained by Mexican federal immigration authorities. The number of such immigrants has been on the rise in recent years.

In 2013 Mexican immigration authorities arrested fewer than 1,000 migrants from Asia and Africa, while the number rose to nearly 11,000 from January through August.” (source)

The obvious question you should ask yourself is, how on Earth did hundreds of thousands of Muslims and African people get into Tijuana, Mexico?

You cannot walk to Tijuana from Africa or the Middle East. You cannot even swim there. It is not a short ride from the coastline of Africa to either North or South America. Even then, the closest distance between Africa and the Americas is from Sierra Leone to the city of Natal in northeastern Brazil, which has a large African population.

Just to get to Mexico from Africa means sailing around the entire southeastern United States, through all of the Caribbean Islands, and then landing somewhere on the Mexican Gulf Coast side of Mexico. Assuming they landed as close as they could to the United States, that would place them in the Mexican state of Tamaulipas next to Brownsville, TX.

Tijuana is another story altogether. That means that hundreds of thousands of people had to take mass ground transportation from one coast of Mexico to the other. The other option is these people had to take a boat through the Panama Canal or sail all around the coast of south America before reaching Tijuana.

No matter how they got to Tijuana, there is no getting around one major fact- any trip from West Africa to Tijuana is very expensive. To get a perspective for how expensive this is, consider that the closest trip (using Expedia.com) would be departing from Dakar, Senegal. No matter if you book a flight now or in three months from now, Expedia shows that the price from Dakar to Tijuana is between $1300 an $3000. Keep in mind that a direct flight is likely the cheapest route- a months-long sea trip would be much more expnsive.

The highest average personal income and the only one over $20,000 in the entire continent of Africa is approximately $25,000, and this is the island nation of Seychelles. The next six nations- Equitorial Guniea, Gabon, Botswana, South Africa, and Libya- are all over $10,000 per year. All other African nations are under $10,000 a year. The men in the second video, who say they are from Congo, is the lowest of all the African nations, coming in at $422.

For a little perspective, the federal minimum wage in the United States is $7.50 per hour. At a standard workweek with 52 weeks a year, this equates to just over $15,000 per year gross income. Botswana shows an average income of $16,500 per year, and South Africa $11,000 per year, meaning that the poorest of full-time American workers makes one of the highest average incomes in all of Africa. Even on this wage, he could live like a king in the poorest nations, especially one such as the Congo.

Even if these men were coming from the “richest” place in Africa- the Seychelles, which they are clearly not- they are still paying on average 5% of their gross income for the cheapest ticket available, and that is just for the ticket and does not include food, room, or anything else. For the average person, 5% of your gross annual income spent on any one purchase is a LOT of money.

Burger flipping, while one of the lowest paying jobs in America, makes you at least a respectable income and in most places an outright rich man for most of Africa.

So let’s put this together. Based just on the previous video, using the Congo as the example since these men say they came from the Congo, had to pay at the very base minimum more than three years worth of gross annual income just to get to Tijuana. This does not include the fact that it does not include taxes or daily living expenses, assumes an average salary (for which more people are below the average than above as averages take into account rich and poor), and we know they all had to pay a lot more because they came by a months long sea route.

It is materially impossible for a such a man to purchase a one way trip to the other side of the world to end up in a “camp” compound. Perhaps there are one or two legitimately insane people who would attempt such a trip, but not hundreds of thousands of people. No way. So how did this happen?

The answer- these people are not paying anything to come, or if they are, it is very little. These people are being brought over, and they are being brought over on you taxpayer dime. If you need direct proof of this- just look at the background in one of the stills and you will see an advertisement for Tijuana Te Quiero. If you go to their website you see that it is a UN-Backed NGO assisting illegals crossing into the United States and is run by a woman of German extraction named Monica Schroeder who supported Hillary Clinton in the presidential race.

There is not a lot of information available online about Monica’s biography, but an interview with her reveals an interesting fact:

Q: What is one thing people would surprised to find out about you?

A: My favorite city is Istanbul.

So here we have hundreds of thousands of illegals from the Middle East and Africa that have been transported halfway across the world clearly on taxpayer dollars to the US border where they are being assisted by a “Non-Governmental Organization” administered by a woman of German extraction who loves Turkey to help them cross illegally into the USA where these same people will just sit to collect welfare checks at the American taxpayer’s expense.

What you are witnessing is an invasion set up by political elites to consolidate power. They do not care at all about you or these people- they just see them as political tools, for as we have seen in Europe, such people will create social instability and the refusal of the government to prosecute them will cause two things. First, it will make the common man very angry and cause him to lash out with tremendous violence (understandably so), and second, it will cause him to ask for a solution, at which time the government will “present” the solution to the very problem it created. It is the Hegelian Dialectic all over again.

We think that we have a good idea as to what that “solution” the government will present is. Click here to read it.

Article by Andrew Bieszad of Shoebat.com