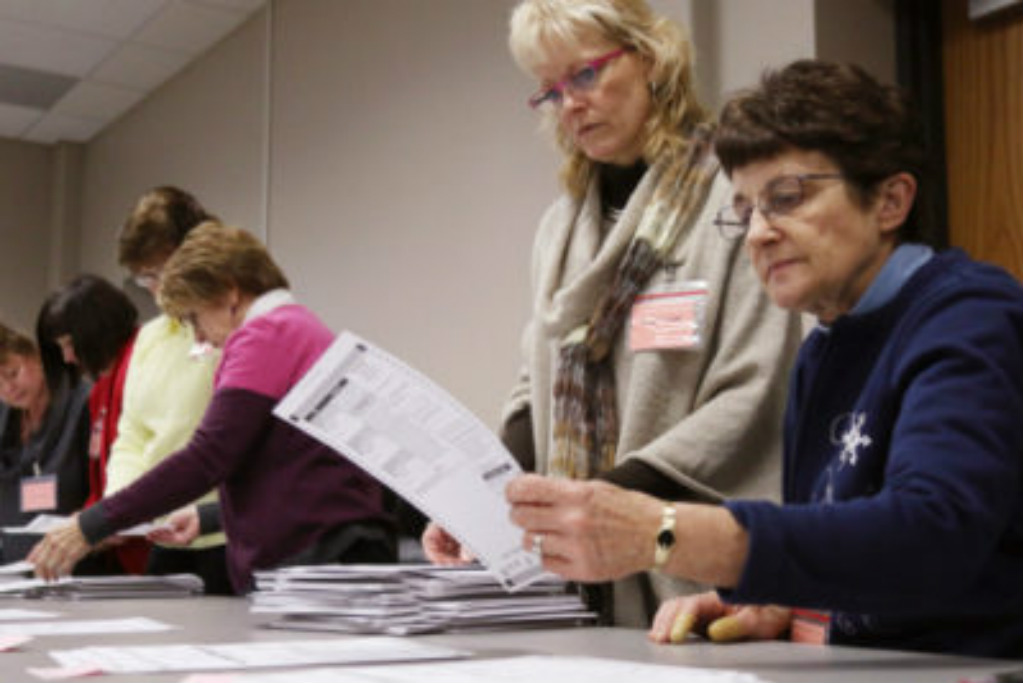 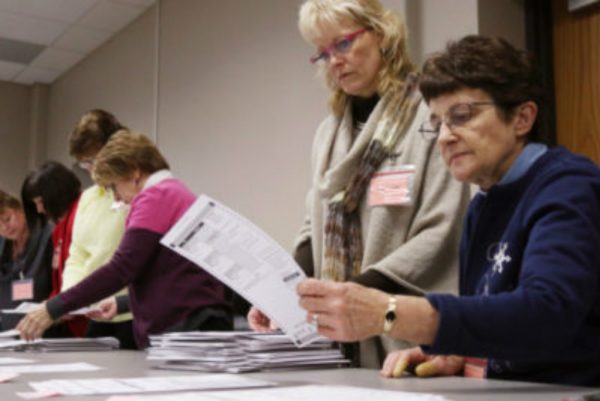 The recount’s day three results show that almost a third of Wisconsin precincts have completed their recounts, accounting for over 705,000 of the 2.975 million ballots cast in the presidential race. The net change has been to find 349 additional votes. Trump has gained 138 votes and Hillary Clinton 126, which means that Trump has extended his lead. (thanks to Dale)

CBS’ Pittsburgh affiliate reports that the Green Party can’t raise the $1 million bond for the Pennsylvania recount, and has withdrawn their demand. And with that, the election is well and truly over:

The Green Party is dropping its court case seeking a recount of Pennsylvania’s Nov. 8 presidential election. It had wanted to explore whether voting machines and systems had been hacked and the election result manipulated.

Pennsylvania was by far the toughest state for the recall, with a final gap of around 49,000 votes [see update]. There was no chance that a recount would even come within an order of magnitude of that gap, but the Stein campaign had insisted that the Keystone State still needed to do a hand recount of every ballot.

That ends the campaign. Without taking Pennsylvania off the Electoral College table, Trump can’t lose. Even if Stein manages to force the electors from Wisconsin and Michigan to miss the safe-harbor deadline and the Electoral College on December 19th by tying up both states in useless recounting, Trump still has 280 electors and a clear victory.

Even with that, though, Wisconsin looks like it’s well on its way to finishing its recount on time. Its Day 3 resultsshow that almost a third of Wisconsin precincts have completed their recounts, accounting for over 705,000 of the 2.975 million ballots cast in the presidential race. The net change has been to find 349 additional votes. Trump has gained 138 votes and Hillary Clinton 126, which means that Trump has extended his lead by 12 points. That’s, er, not exactly what Stein promised donors who coughed up millions for this stupid and futile gesture.

Update: The court in Pennsylvania has put an exclamation point on the subject of recounts:

AND NOW, this 3rd day of December, 2016, Petitioners having filed a Praecipe to Discontinue and Withdraw the above-captioned matter, the hearing scheduled for Monday, December 5, 2016, at 10:00 a.m. is CANCELLED, and the Chief Clerk is directed to mark this matter CLOSED.

Update: Steve Eggleston runs the numbers and comes up with a bigger shift to Trump, +29 in the gap, but with smaller gains. The numbers are a bit in flux in some precincts, though. Be sure to read his analysis all the way through, and bookmark his site — he’s an experienced hand in Wisconsin politics.

Update: Originally I wrote that the gap in PA was 56,000, but the update to the CBS article specifies that it went from 71,000 to 49,000, apparently from the final count of absentee ballots. That’s not unusual; Democrats had more organization on the ground and could have well outhustled the GOP on absentees, but clearly not by enough to make a difference in the outcome.

Update: Get ready for this fight to move to federal court (via David Shawver):

“Make no mistake — the Stein campaign will continue to fight for a statewide recount in Pennsylvania. We are committed to this fight to protect the civil and voting rights of all Americans. Over the past several days, it has become clear that the barriers to verifying the vote in Pennsylvania are so pervasive and that the state court system is so ill-equipped to address this problem that we must seek federal court intervention. As a result, on Monday the Stein campaign will escalate our campaign in Pennsylvania and file for emergency relief in federal court, demanding a statewide recount on constitutional grounds.”

The campaign filed a formal contest to the presidential result Monday, the first ever in Pennsylvania.

It was an uphill battle from the beginning. The campaign asked the court to order a full recount and a forensic audit of the state’s voting software, arguing cyber-hacking could have altered the results. But the campaign’s filings offered no evidence that any tampering had occurred in Pennsylvania.

Yeah, well, good luck with that. The Stein campaign has to prove that asking a fourth-place fringe candidate to post a significant bond for covering the cost of a statewide recount after getting less than one percent of the vote is not just unreasonable but unconstitutional. The state has the authority to set the terms of recounts, so a federal judge will be reluctant to order a state to conduct one in general, but perhaps especially so for a plaintiff thus situated. Plus, with the safe-harbor date of the Electoral College fast approaching, the court is going to give serious consideration to the risks of ordering a state into a situation which runs a large risk of disenfranchising all of its voters in a presidential election.