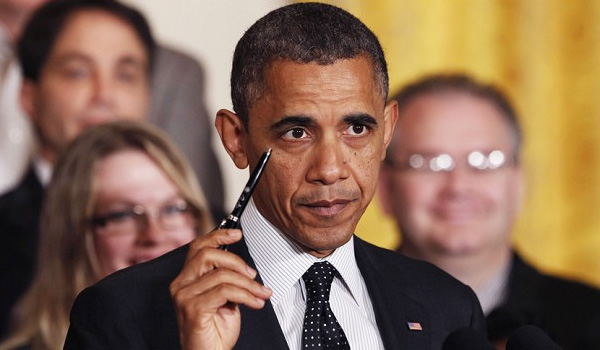 Barack Hussein Obama Soebarkah Soetoro is clearly a dangerous man in these final days of his second term. While the administration is looking to advance $75 billion worth of new regulations (consider it unconstitutional restrictions on liberty), $44 billion of those regulations were “midnight” regulations that will be published sometime after Election Day and prior to Obama’s last day in office, according to a report.

The American Action Forum (AAF) compiled a list of 40 rules scheduled to be published in the Federal Register since November 2016.

“The $75 billion estimate contains roughly 40 monetized figures out of what will be hundreds of potential final rules,” Sam Batkins, AAF’s director of regulatory policy, wrote in a report on potential midnight regulations.

“It is unlikely regulators in the Obama Administration will have the opportunity to enact the full slate listed here,” Batkins wrote. “Still, there is a degree of uncertainty. The public does not know the cost of proposed rulemakings not yet published, nor the countless other rules that will be final in the coming weeks.”

Among the regulations Batkins listed are the following:

One would hope that President-elect Donald Trump will make good on his promises to roll back some of the regulations imposed by the Obama Environmental Protection Agency, as well as other unconstitutional regulations that are nothing more than wasteful spending and control tactics by the central government.

“On energy, I will cancel job-killing restrictions on the production of American energy – including shale energy and clean coal – creating many millions of high-paying jobs,” Trump said.

At least 150 of these regulations experts have said that Trump could eliminate via executive orders or congressional legislation.

“This is the final regulatory agenda the administration will release,” Batkins wrote. “Its authors know too well that everything not yet final could come under scrutiny from President-elect Trump and the Republican Congress next year.”

“Although this agenda puts the finishing touches on what was an active eight years for regulators, the fate of many of these measures lies with the next Congress and the incoming administration,” Batkins added. “The agenda might reveal $44 billion in midnight regulations today, but they could vanish quickly in a series of votes or executive actions in 2017.”

The more federal regulations and agencies removed, the better.