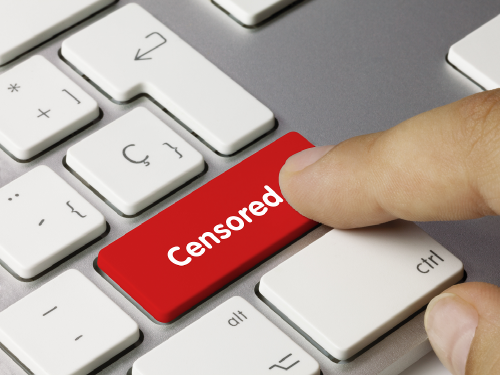 Did you know that earlier this spring, many U.S. tech megacompanies including Facebook, Twitter, YouTube, and Microsoft all signed a “code of conduct” pledge promising the European Union they would work with an unelected EU commission to “sanction” and “criminalize” “individual perpetrators” of “hate speech” online.

In addition, these companies have signed up to “promote independent counter-narratives” favored by the EU. (Sounds like a “you can only spread our propaganda, not anyone else’s attitude, doesn’t it?)

On Sunday, the same day a known actor walked into Pizzagate’s Comet Ping Pong and fired an assault rifle at the floor in a crime the mainstream media is decrying as “fake news” and “hate speech” related, the EU also added “fake news” to its list of information to censor online.

Now the EU is threatening to escalate the situation up from “non-legislative” action if these companies don’t take action to censor “hate speech” and “fake news” within 24 hours.

The unelected executive arm of the European Union (EU) is threatening to escalate from “non-legislative” action if Facebook, Twitter, and YouTube do not censor what it considers “illegal” online speech within 24 hours…

The “series of commitments to combat the spread of illegal hate speech online in Europe” developed “together with… the IT companies” included a promise to “review the majority” of flagged “hate speech” within 24 hours.

However, a new European Commission report has claimed this has only been happening in Germany and France so far, and censorship often takes too long. Consequently, one commissioner implied they could pass new censorship laws if the “non-legislative approach” fails…

EU Justice Commissioner Věra Jourová told The Financial Times (FT): “If Facebook, YouTube, Twitter and Microsoft want to convince me and the ministers that the non-legislative approach can work, they will have to act quickly and make a strong effort in the coming months.”

She added: “The last weeks and months have shown that social media companies need to live up to their important role and take up their share of responsibility when it comes to phenomena like online radicalisation, illegal hate speech or fake news.”

And of course “hate speech” is very loosely defined here, so it can basically be used to censor free speech online. We all know what the phrase “fake news” has come to denote — and nearly the entire alternative media is encompassed within it.

It should be no surprise that the same “fake news” the EU wants to censor has been blamed for Brexit and the potential for other countries like Italy deciding to leave the EU as well.

Now that these companies have signed on willingly for the censorship, and President Obama has given up control of the Internet just like George Soros wanted him to, it’s pretty clear where all of this is headed.

They are shutting down freedom of speech on the Internet.

Keep speaking the truth online… while you still can.