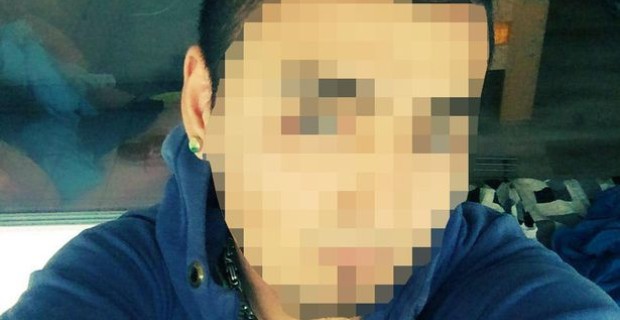 After an Afghan migrant raped and killed a 19-year-old woman in Germany, Facebook responded by banning a German woman for “hate speech” because she posted a picture of the murderer.

Hussein K., a 17-year-old Afghan asylum seeker, was arrested on Friday on suspicion of rape and murder after a sample of his hair was found at the crime scene in Freiburg.

His victim, 19-year-old medical student Maria Ladenburger, was cycling home after a party when she was ambushed, raped and then drowned in a nearby river.

The incident has prompted uproar in Germany, with the country currently suffering an explosion of rapes and violent crimes since its borders were opened to migrants last year.

A reader contacted us to report that she had found the Facebook profile of the alleged killer (here it is, but don’t expect it to stay up long).

“He looks lifeless. His stare is blank. All I can see is hatred. But when I scrolled down, I saw a shocking post. He posted a picture of a vicious wolf that is holding a fragile white woman. It looks like he is about to rape the women and then rip her apart. Just like he did it to his victim,” Lena Kirschbaum told us in an email.

As you can see below, the Facebook profile picture is identical to the image of “Hussein K.” that was released by police to the media.

After Kirschbaum began posting a link to the Facebook profile in comment sections with the words, “Maria’s murderer,” her account was banned by Facebook. The reason? She had violated “hate speech rules” by posting the picture of the killer.

Kirschbaum was banned despite the fact that the picture had already been circulated in news reports about the incident, albeit blurred or blacked out over the perpetrator’s eyes.

The ban is chilling yet unsurprising given how Facebook is openly working with the German government to censor criticism of the migrant crisis under the guise of preventing “hate speech”.

Last year, it emerged that the German government and Facebook were working with an organization led by an ex-Stasi agent to oversee a new program to identify “xenophobic” posts made on the social networking website and punish people who make them with fines and jail sentences.

In the aftermath of the rape and murder of the 19-year-old student, the German government responded by cautioning angry Germans not to incite violence against Muslims.

“Such horrible murders already happened before the first Afghan or Syrian refugee arrived here,” Vice Chancellor Sigmar Gabriel told the Bild newspaper. “We will not allow incitement after such violent crimes, no matter who commits them.”

In a related story, the European Union is now demanding that Facebook, Twitter and YouTube censor “illegal hate speech” and “fake news” within 24 hours of it being reported.

Apparently, accurately reporting the identity of a rapist murderer after his image has already been publicly revealed now constitutes “hate speech,” according to Facebook.