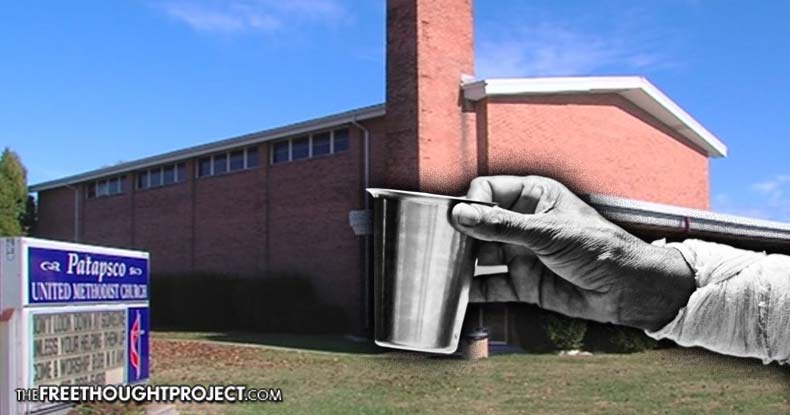 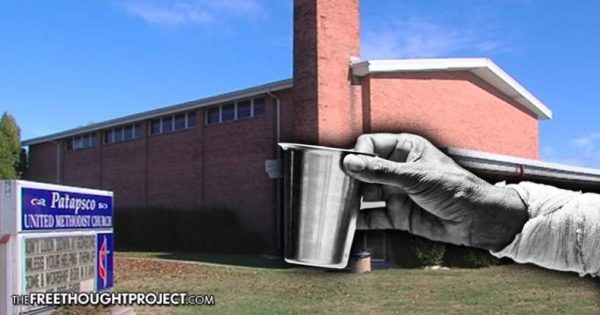 Dundalk, MD – The Patapsco United Methodist Church faces a fine of $12,000 for offering a safe haven for the homeless after a disgruntled neighbor decided that the church’s helping hand to the homeless was hurting his business.

“I showed up Wednesday morning to find a citation on the door that said we’re going to be fined $12,000 and have a court date because we have unhoused homeless people sleeping outside the church at night,” Reverend Katie Grover of the Patapsco United Methodist Church told ABC 2.

The church has a court date scheduled for December 21 for the code violation, which entails homeless men, women and children sleeping outside the church doors because they feel safe there and have nowhere else to go.

The a citation received by the church was for operating a “non-permitted rooming and boarding house,” but Grover pushed back against that notion stating, “They’re not paying me rent or paying us rent to board here, so I don’t know how that is defined.”

After speaking with the code enforcement office, Reverend Grover said that if the church complies then the fine would be dismissed. If the church is forced to pay the fine there is a good chance they would no longer be able to continue a program to feed the poor – with a chance the church may need to shut down altogether.

Grover was clear that she feels it’s the church’s duty to be a safe haven for all people.

“We feel we here as a church that it’s scriptural mandate that’s it an imperative to care for the least, the last, the lost, the poor, the hungry,” she said.

But Chester Bartko, owner of a produce stand next door, says the church’s actions are hurting his business.

“We have a greenhouse and we sell flowers and shrubbery, and the homeless started camping right next to our retail sales area,” says Bartko.

He alleges that the homeless killed one of his trees, by urinating on it, so he called the county to complain.

“They dump gallons of urine on it,” Bartko said.

“I want them moved out of here,” he continued. “The county and state has facilities for homeless people. They shouldn’t be here living like this.”

And while Bartko is right that people shouldn’t be living like this, his actions do nothing to alleviate the problem and only serve to exacerbate an already tenuous situation for those living on the street — by relying on state force.

Initially, Bartko attempted to talk to Grover, then went to the police, and finally to the county code enforcement office.

Subsequently, the church received its first warning back in June and has been warned three more times since then, with the most recent coming in November, according to the Baltimore County online database of code complaints.

“We can’t be here all night patrolling the area. We can’t control whether someone comes and sleeps outside of our doors, so I don’t know how we’re cited for people who find refuge here,” Grover said.

Grover is now faced with the dilemma of choosing between legality and morality.

“This tree killed by bums dumping urine. The church should live up to the community standards, not be a magnet for these people,” said Bartko.

It’s clear by Bartko’s comments — referencing the homeless as “bums” and “those people” — that he has a deeper problem with the homeless than he is outright stating. When someone refers to a person who is down on their luck, and currently without a home, as a “bum” — it speaks to that person’s overall mentality.

“They are children of God just as well, they’re our neighbor just as well and I just try to explain we’re doing the best we can,” said Grover.

The church has until December 18 to either clear the property or pay the fine.

“This is the business that we conduct carrying for the least, the last and the lost, and the best we can do right now is let them take refuge. I had one woman say this is the only place she felt safe to lay her head down to sleep at night because she has no place else to go. It’s an issue with no real good solution, but we as a church believe that Christ has called us to serve the least, the last, and the lost,” said Grover.

As Rev. Grover noted; how can the church be held responsible for people sleeping outside of the church because they feel it is a safe place?