I called it a few weeks ago! 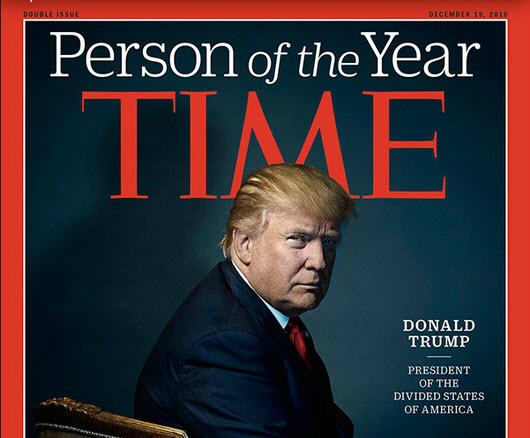 You’ll notice something about TIME Magazine’s “Person of the Year” cover of Trump, tagline “President of the Divided States of America”.

It looks quite similar to another of TIME’s illustrious “Man of the Years,” circa 1938:

There is 0 chance Trump/Hitler echo on the Time cover was accidental. Too many details. Looking forward to Trump's tantrum when he realizes

Sure, Trump is facing a different direction, but he’s sitting in a similar position in a similar rounded brown chair with a similar expression on his face.

Here it is flipped… See? 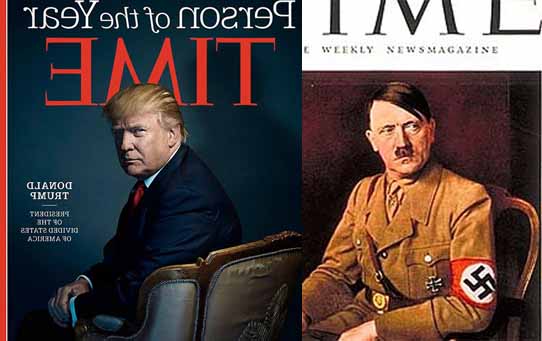 This is clearly an echo of the Hitler cover. They want to make sure the comparison is made just like we knew that they would… to sow more division. Actually they want people to think that Trump is worse than Hitler, since they gave him the little red “M” devil horns, too.

So TIME is busy warning everyone that Trump is worse than Hitler… As soon as this happened, predictably, a bunch of people ran to Twitter to compare Trump to Hitler:

Trump is Time's Person of the Year. In the past, so were Hitler, Stalin (twice), Ayatollah Khomeini, Andropov and Putin.

Even media outlets went there.

Donald Trump was just named Time’s Person of the Year. Hitler once held that title too https://t.co/HZ33yK0lgB

People are pointing out the hypocrisy and idiocy:

Including the fact that lots of other people have won TIME’s “Person of the Year” and they’re being a bit choosy to make all the winners out to be monsters:

You also know who enjoyed a glass of water? Hitler

Coincidence? I think NOT! https://t.co/Rykx4QtY6f

Someone should remind the liberals in particular making this comparison that both Bill Clinton and Barack Obama were named Time Person of the Year as well… twice.

Those comparing Trump on Time with Hitler. It works both ways. I guess Time had it right with Obama, right #snowflake? #RedNationRising pic.twitter.com/vI0cdrDZHd

But also, shouldn’t comparisons to Hitler be more limited?

I can't stand Trump, but could we maybe save Hitler comparisons for people who genocide other people? https://t.co/VbFXwC5r32