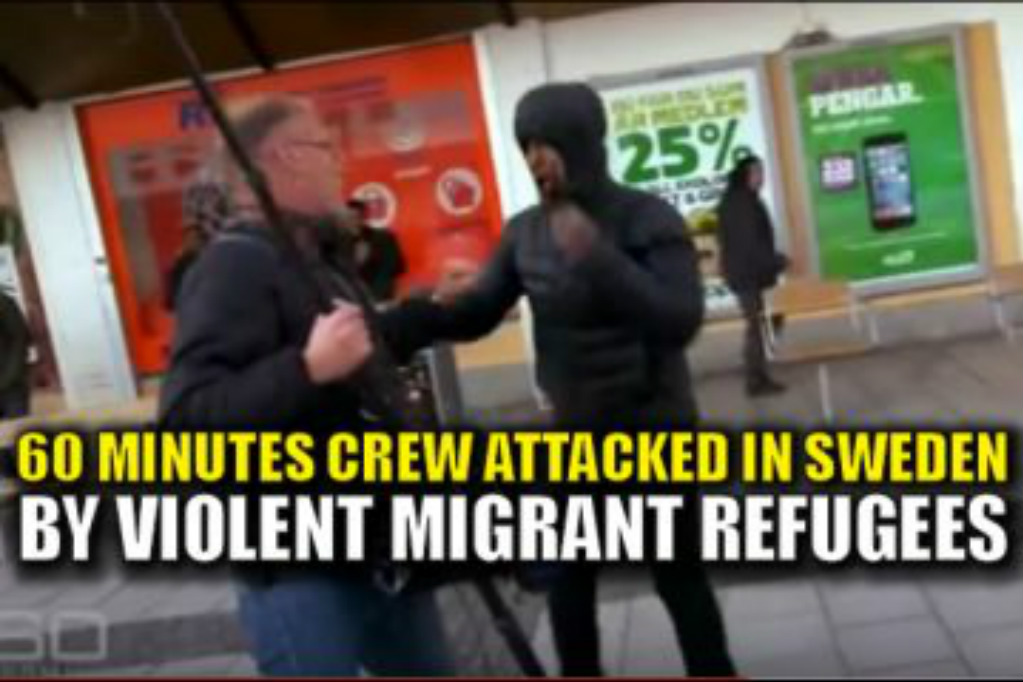 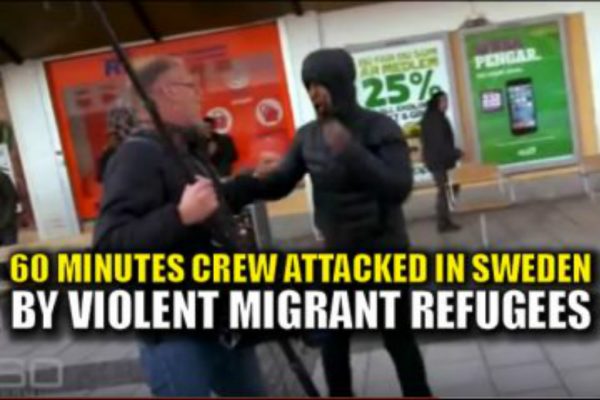 Australia’s 60 Minutes is once again making news. In November, I reported on the television magazine’s exposing of a worldwide pedophile network. Now, a film crew from Australia’s Nine Network 60 Minutes has been attacked in Sweden after going there to demonstrate how alleged “peaceful Muslim refugees” are.

In one particular segment where the crew was filming “peaceful” migrants in order to demonstrate that there were some in stark contrast to those causing violence, they were attacked. The first occurred to a member of the film crew as he was punched in the face after police left the scene.

“Many locals are polite and friendly,” the narrator says. “And happy to talk. But what happened next changed everything. The police leave, and, as we prepare to go, young men masking their faces arrive.”

The camera then captures a verbal assault between a migrant and one of the film crew. The hooded migrant kicks a member of the crew, and the crew member warns “Don’t you touch me.”

The migrant then takes a swing at the crew member and punches him right in the mouth.

The narrator then attempts to reason with the attacker, but he continues his assault on the crew.

Then, an anonymous man on a scooter ran into one of the migrants, ending the attack. The film crew then fled the scene.

The influx of Muslim migrants into Western countries has provoked the citizenry through attacks and even evictions to make way for the invaders.

Keep this in mind, the only place there is a “moderate Muslim,” is in the mind of a liberal who seeks to defend Islam.