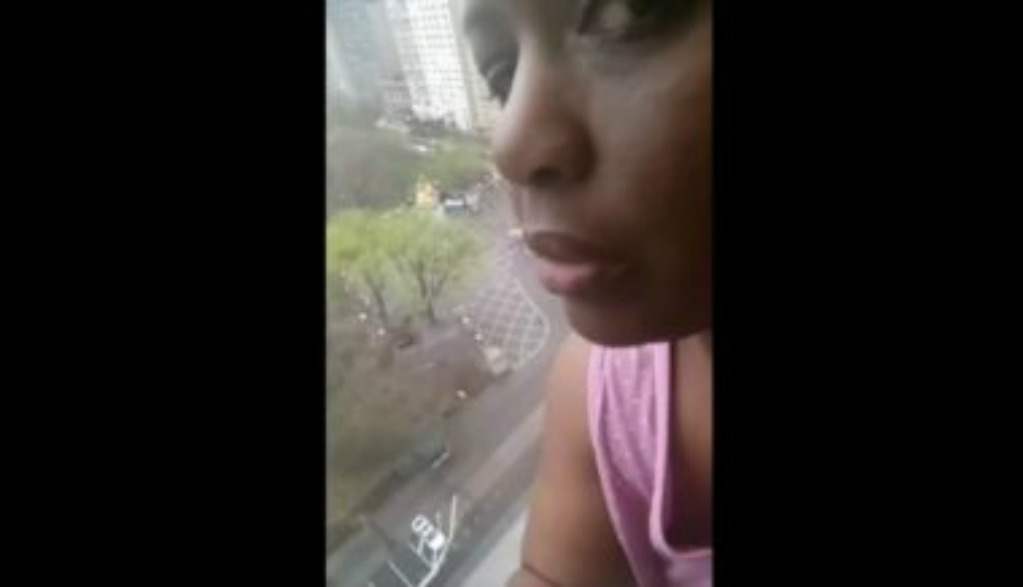 This doesn’t quite fit with the media’s portrayal of Trump as a rich, racist bigot.

A homeless black woman reveals that she has been living in Trump Tower for eight years with the blessings of the Donald himself.

Filming from her hotel window, the woman says she originally snuck in the building before becoming a squatter in one of the empty rooms. Police arrived the next day and told the woman to leave or she’d be arrested.

“When I told them I would not go, they contacted Mr. Trump over the phone and he came down here. Instead of evicting me off the property, he said that I can stay and it’s been eight years I’ve been here,” the woman reveals.

“Not only did he not evict me off the property, he made sure that I ate three meals a day by room service and that I get a delivery of fresh flowers every week,” she adds.

The African-American woman expresses her displeasure at the characterization of Trump as a “bad guy”.

“If it weren’t for him I’d be homeless – I’d be dead right now, I’d be in the street,” she says, adding that Trump hasn’t asked her to pay a dime.

“Donald Trump is not a bad guy, he’s a wonderful wonderful man, and everything I’m telling you today is true,” she concludes.

Trump is renowned for his acts of kindness towards people in unfortunate circumstances, although the mainstream media is loathe to mention them.

After Oscar-winning actress Jennifer Hudson’s brother and mother were murdered in 2008, Trump offered a hotel suite for Hudson and her family and paid the cost for her entire stay.