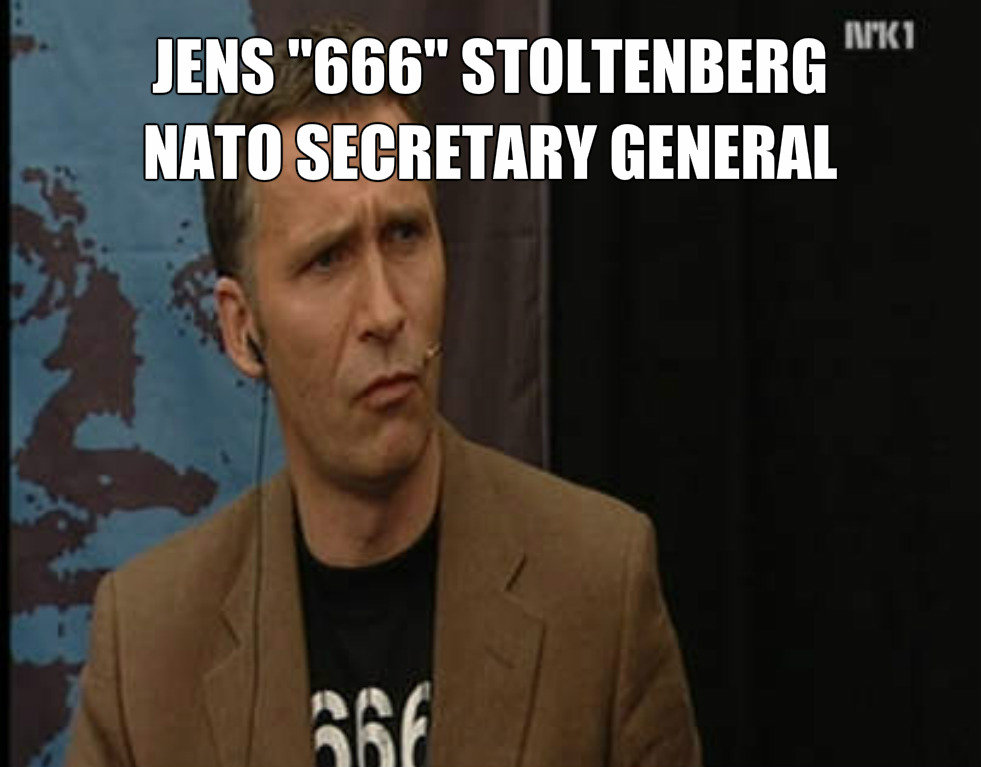 I stumbled across a video of NATO foreign ministers singing Michael Jackson’s “We Are the World” at the end of a meeting in Antalya, Turkey in May 2015.

Does anyone else find it creepy that these globalists were singing “We Are the World”?

By the way, the skinny guy in glasses circled in yellow below ↓ is NATO Secretary General Jens Stoltenberg.

He’s the same Jens Stoltenberg who, before he became Prime Minister of Norway and Secretary General of NATO, was photographed wearing a t-shirt that said “666”. (See “Another Candidate for the Beast“)