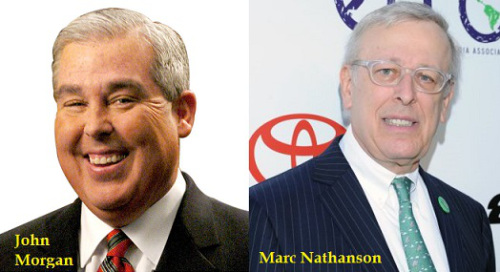 This morning, our DCG posted that Hillary Clinton’s losing campaign cost a record $1.2B, which was twice as much as what the Trump campaign spent.

So it should come as no surprise that at least some of Hillary’s big donors think their money was wasted — they might as well have set fire to the piles of cash.

Jonathan Easley reports for The Hill, Dec. 1, 2016, that Democrat big donors went whole hog for Hillary to the tune of more than $550 million, believing she would dispatch Trump, deliver Democrats the Senate, help the party make inroads into the GOP’s House majority, as well as cement Obama’s legacy.

Instead, not only did Hillary lose, Democrats are now in disarray, in the throes of a full-scale and expensive rebuilding project with a rudderless Democratic National Committee (DNC) that won’t elect a new leader until more than a month after Trump is sworn into office.

Adding insult to the injury: The names of many donors were released in the WikiLeaks emails, which has rattled some of the party’s big-money men and women.

John Morgan, an Orlando attorney and one of Clinton’s top fundraisers in Florida, said:

“I may very well be done with political giving entirely. My message to anyone reading this is, ‘Don’t call me, I’ll call you.’ From here on out, I’m giving to charities. I’d much rather give money to build a new Boys & Girls Club than to give to the [Democratic Senatorial Campaign Committee].”

Investor Marc Nathanson, one of Clinton’s top donors and fundraisers in 2016, says he has no interest in participating in the party’s rebuilding efforts. While he would continue to give money and support to Democratic candidates in gubernatorial and mayoral races in his home state of California, he will stay on the sidelines. He said:

“The feeling I get from big donors out here in California is that they’re not only extremely disappointed, but they’re shell-shocked. So to turn around and say, now it’s time to rebuild the national party and the DNC, I just don’t see it.”

The big donors’ sore feelings are a huge problem for the DNC, which is trying to rebuild its image and reinvigorate a defeated party in time for challenging midterm elections in 2018. It’s also a worry for top liberal activists as they prepare for war with President Trump and a GOP Congress that is hell-bent on rolling back President Obama’s accomplishments.

Some Democrats believe the fundraising panic is being overblown, arguing that in Trump, the party has a fearsome boogeyman that will keep horrified donors in a giving mood. They’re optimistic that jilted donors will change their tune once the DNC elects a new leader and as the midterm elections near. Democrats face a daunting map in the 2018 midterm elections, when they’ll be defending 25 of the 46 seats they currently hold in the Senate. A filibuster-proof majority is within reach for Republicans.

Democrats with a rosier view point to the following:

But even the prospect of the 2018 midterm election isn’t enough to get some angry donors back in the game. One DNC official told The Hill the donors are “tired. They’re upset about the election, and there was significant trauma surrounding the Russians. They’re upset and they’re tired.”

Not only are those Democrat big donors “useful idiots,” they actually believe the Democrats’ fake news!