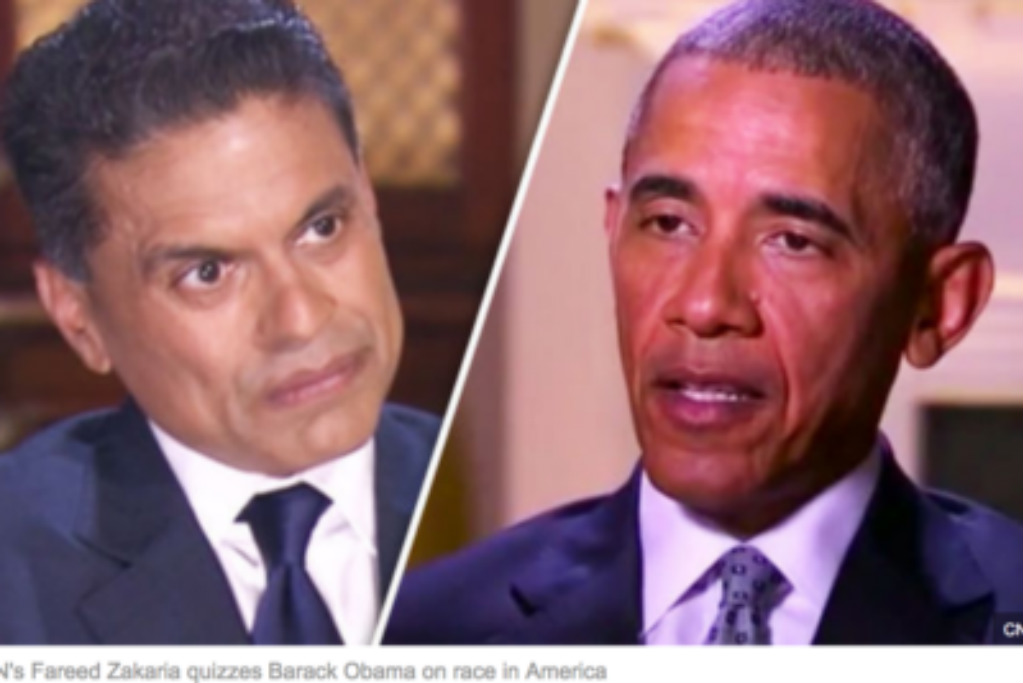 America’s worst president continues to blame whites for his disastrous policies and their catastrophic consequences.

Echoing the diatribes of a true racist (blaming everything on race), Obama blames racism for his failures.

As if he could have gotten elected without the white vote.

CNN’s notorious plagiarist and ‘islamophobia’ propagandist Fareed Zakaria was only too happy to feed the monster.

Speaking during an interview with CNN, he said people in the region saw him as “foreign” before arguing the concept of race in America was not about “genetics”. Foreign? Yes, because he was. He was raised in a Muslim country. His worldview was “foreign” and that was reflected in his anti-American, anti-freedom positions on a range of issues.

BARACK OBAMA has spoken of the racism he faced during his time in office from “whites in Southern states”.

The outgoing US President said criticism he faced in the south was a direct result of his skin colour.

Speaking during an interview with CNN, he said people in the region saw him as “foreign” before arguing the concept of race in America was not about “genetics”.
“I think there’s a reason why attitudes about my presidency among whites in Northern states are very different from whites in Southern states,” he said.

“Are there folks whose primary concern about me has been that I seem foreign, the other? Are those who champion the ‘birther’ movement feeding off of bias? Absolutely.”

Mr Obama said the idea of race was “cultural” before hailing the “oppressed” for fostering “patriotism”.

Speaking about his mixed heritage, he said: “The concept of race in America is not just genetic – otherwise the ‘one drop rule’ wouldn’t have made sense – it’s cultural.

“This notion of a people who look different from the mainstream, suffering terrible oppression but somehow being able to make out of that a music and a language and a faith and a patriotism.”

A former senior advisor to the President, David Axelrod said there was a “lack of respect” towards the US leader because of his race.