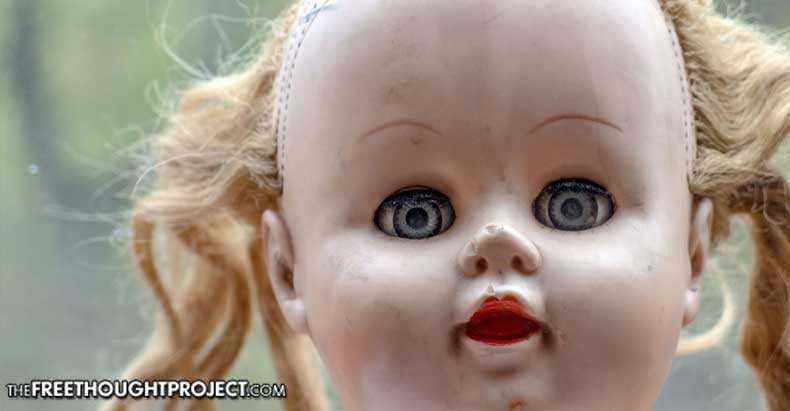 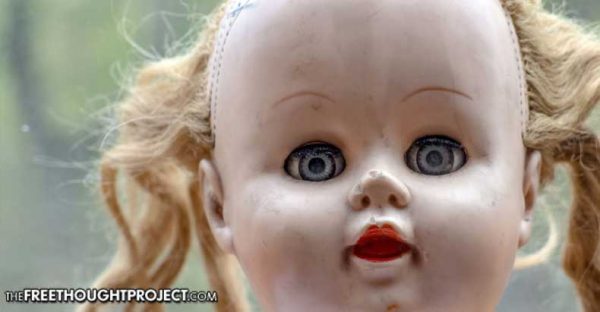 When giving gifts this holiday season, be strongly advised certain toys will upload your child’s unique voice and personal information — to the same military and law enforcement database which helps authorities identify criminals.

Indeed, these toys — which could record any conversation occurring nearby, and also fish for specific information from unwitting children — constitute the latest in surveillance by home appliances and gadgets known collectively as the Internet of Things. And this insidious, extraneous spying has several watchdog groups sounding alarm bells in a complaint filed with the Federal Trade Commission.

But what has the Electronic Privacy Information Center (EPIC), the Campaign for a Commercial Free Childhood, the Center for Digital Democracy, and the Consumers Union on edge is that the “toys subject young children to ongoing surveillance,” in violation of privacy and consumer protection laws — and, worse, the nature of the company Genesis Toys employs for that purpose.

“Nuance Communications,” the aforementioned groups state in a complaint to the FTC, “represents itself as a leader in voice technology, including speech recognition software and voice biometric solutions that allow a search of the company’s 60 million enrolled voiceprints for a voice match from recorded conversations to be performed within minutes. Nuance markets its technology to private and public entities and delivers its voice biometric technology to military, intelligence, and law enforcement agencies.”

“Both Genesis Toys and Nuance Communications unfairly and deceptively collect, use, and disclose audio files of children’s voices without providing adequate notice or obtaining verified parental consent,” the complaint continues.

Cayla and i-Que have slightly differing companion applications, but Genesis collects users’ IP addresses and both require downloading and connection to the user’s mobile device via Bluetooth technology. As the complaint explains:

“The companion application for My Friend Cayla requests permission to access the hardware, storage, microphone, Wi-Fi connections, and Bluetooth on users’ devices, but fails to disclose to the user the significance of obtaining this permission. The i-Que companion application also requests access to the device camera, which is not necessary to the toy’s functions and is not explained or justified.”

That Richard Mack, Nuance vice president of corporate marketing and communications, reassured the public the uploaded information is not sold or used for advertising or marketing purposes should be of little comfort to consumers wary of the perfidious surveillance state. Even so, Cayla comes equipped with pro-Disney marketing propaganda in references to Disney movies and Disney theme parks — the doll says her favorite movie is Disney’s The Little Mermaid, for example — which children cannot distinguish as advertising.

Perhaps most notably, not to mention nefariously, CNN reports, “The Cayla doll also has a mobile phone app that asks children to provide personal information, like their name and their parents’ names, their favorite TV show, their favorite meal, where they go to school, their favorite toy and where they live.”

EPIC and the other watchdogs have requested an investigation into Genesis Toys and Nuance Communications by the FTC and to have Cayla and i-Que pulled from store shelves.

“The FTC should issue a recall on the dolls and halt further sales pending the resolution of the privacy and safety risks identified in the complaint,” asserted Claire Gartland, director of EPIC’s Consumer Privacy Project. “This is already happening in the European Union, where Dutch stores have pulled the toys from their shelves.”

EPIC also notes this complaint is one facet of a concerted effort to ban such privacy-invasive and surveillance-laden toys from the marketplace. Last year, Senator Edward Markey and Rep. Joe Barton were joined by Rep. Mark Kirk and Sen. Bobby Rush in introducing the Do Not Track Kids Act of 2015 (H.R. 2734) to update existing children’s online privacy law to include greater protections for kids.

The Internet of Things has long been a cause for concern for privacy advocates and delight for surveillance hawks, as predictions the surveillance state will be willingly welcomed into people’s homes through the convenience of interconnectedness prove true time and again.

However, while it might be one thing for hapless adults to dismissively toss privacy concerns to the wayside, to have the voiceprints and information of children as young as three-years-old uploaded and likely stored by a company with military and law enforcement ties is a whole other animal.