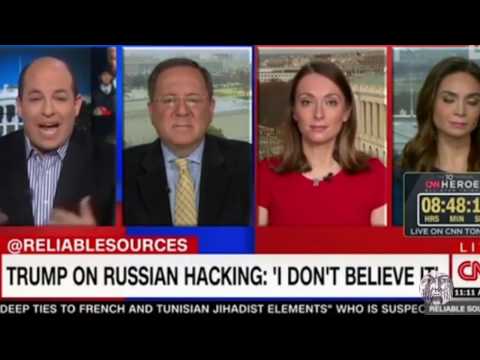 Will Obama declare a national emergency to stop Trump presidency?

The “astonishing exchange” between Stelter and talking heads Liz Wahl and Julia Ioffe occurred Sunday when Wahl actually claimed that Trump’s win somehow undermined our democracy before Stelter floated a sinister idea that if taken literally could be seen as pre-programming for an eventual Obama announcement of an actual national emergency.

“I mean, here’s something I’ve been asking myself. Julia, we’re talking about a candidate who’s lost in a historic way in terms of the popular vote but clearly won in the Electoral College. Is this something of a national emergency? And are journalists afraid to say so because they’re going to sound partisan?” Stelter boldly stated.

Remember, Obama has already ordered an investigation into supposed Russian hacking of the elections to specifically help Trump. What aired on CNN Sunday could very easily have been the beginnings of a media narrative leading to Obama announcing that his investigation has found direct connections between Russia and Trump’s campaign and therefore he has to declare a national emergency and stay in office until either Clinton is pushed through or a new election (minus Trump) is held.

No matter what your beliefs are on the incoming President elect, it is strikingly obvious that the entire establishment is doing everything in their power to stop Trump from ever taking office. One has to, at the very least, ask themselves why.