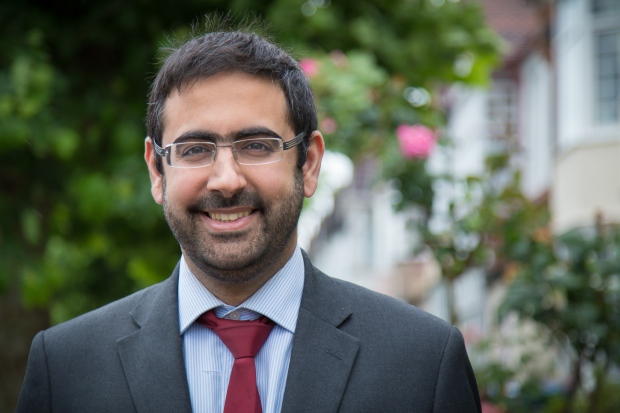 Miqdaad Versi is a UK Muslim businessman an notable figure in UK Islamic circles. His resume is impressive. However, in a recent article for the UK Guardian, he made the shocking claim that it is the job of ‘white people’ in the UK to integrate with Muslims while at the same time saying that Muslims cannot integrate properly because they are ‘victims of structural inequality’:

Casey’s review is right to be frank and open about the challenges we face. Forced marriages, female genital mutilation, honour killings and other similar cultural practices have no place in modern Britain, and thousands of victims suffer from these horrific crimes – crimes that remain hugely under-reported. And the presence of misogyny, discrimination, homophobia and sectarianism within many socially conservative religious societies is an important challenge that cannot be ignored. Many of her robust recommendations, therefore, are important and timely: a new programme to help community cohesion including the promotion of English language and measures to tackle exclusion, inequality and segregation in schooling.

However, her focus is primarily on Muslims: she does not provide any solutions for African Caribbean, Roma or Traveller communities, with no acknowledgement of Scotland and Northern Ireland’s history of integration challenges – from which we must learn.

Worryingly, Casey often conflates Muslim with Asian communities, giving the false impression that all regressive cultural practices are based on the Islamic faith despite clear evidence to the contrary. While the report does recognise the huge levels of socio-economic deprivation, low educational attainment and discrimination some Muslims face, none of her recommendations tackle structural inequality. As the former chief constable of Greater Manchester Peter Fahy says: “We seem to find it much easier to blame cultural segregation than economic segregation and inequality.”

Most importantly, Casey seems to disagree with David Cameron, who said when he was leader of the opposition in 2007: “Integration is a two-way street.” While she mentions the “rich tradition of religion as a force for good in this country”, highlighting important examples such as Muslim charities supporting flood victims in Cumbria, this is almost an afterthought. Overall little consideration is given to the extensive and positive contribution of migrants: the primary narrative is one where the actions of migrant communities, and those of some Muslims in particular, are the real barriers to integration. This is in contrast to recent research papers from the Economic and Social Research Council: one that indicates that black and minority ethnic communities are not self-segregating, and another that shows Muslim communities are less concentrated in 2011 compared with 2001.

Why does Casey say so little on how to tackle the fact that white British and Irish ethnic groups “are least likely to have ethnically mixed social networks” – one of the key signs of integration. Given “sections of white working class Britain have become more isolated from the rest of the country and the rest of the white British population” with “real and persistent” educational underachievement, why is no action being considered? And why is there so little discussion about what to do about “white flight” from the inner cities as one of the drivers of further segregation.(source)

Please, spare us all the calls for more “diversity” or “educational opportunities,” the cries over “segregation” and “inqeuality,” or using the hackneyed phrase “Islam is a religion of peace”

The reason why non-Muslims don’t want to live with large numbers of Muslims, generally speaking, is because (a) Muslims for the most part don’t want to live with anybody else but Muslims because (b) they are very violent towards non-Muslims, who they consider “beneath” them by their religion’s theology, and this does not even discuss how (c) Muslims are even more violent and abusive towards fellow Muslims.

Walk into any Muslim majority area in Europe, and what do you see but filth, violence, and misery? They do this because these are the fruits of Islam, and because Islam is a rotten tree, it will bear rotten fruit wherever it plants its rotten seed. If a little bit of yeast leavens the whole batch, what is to say about the fact that because of the importation of millions of Muslims, it has become publicly admitted by the UK itself fact that many parts have changed so much they are no longer able to be recognized from what they are and have literally become ghettos?

Exceptions exist in any group, but the fact is when you have tens of thousands of well-documented examples of violence, destruction, and downright anti-social and anti-human behavior all coming from people affiliated with the same religion, and these actions happen not only whether or not there are attempts to provide more “opportunities” or “integration,” but also that they transcend race, culture, time, and place, and that this religion not just formally sanctifies but formally rewards such bad behavior, then you can safely conclude the problem is with their religion. That is why people do not like Islam.

If Islam had really come to live in Europe in peace, it would be much more accepted and its intentions would be make plain by its actions. However Islam has not come to do that but to do what it always does, and that is to kill, steal, and destroy as it has done for 1400 years and, in the words of St. Juan de Ribera, archbishop of Valencia, “will continue to do so until God eradicates the pestilence from the Earth.”