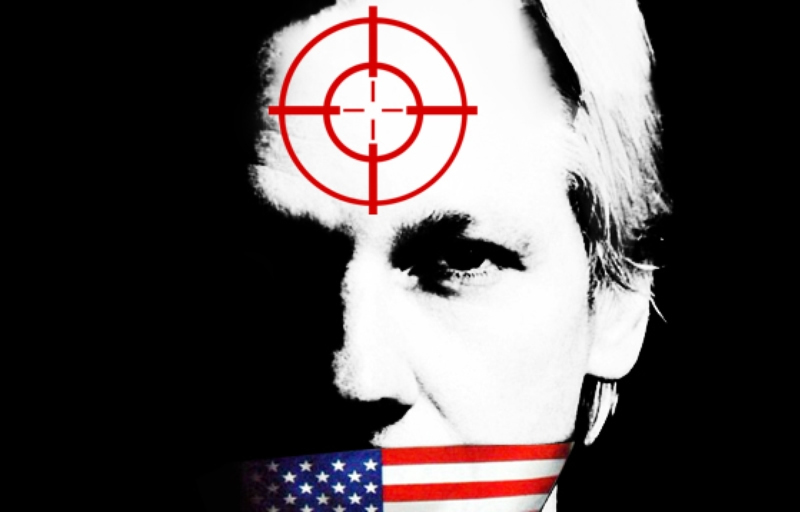 Last week, it was reported that Wikileaks founder Julian Assange presented documentation that proved that allegations against him about rape have been completely fabricated by police. Of course, this was all due to the fact that Wikileaks was exposing the DNC and Hillary Clinton, along with John Podesta and the Pizzagate scandal. Now, Iceland’s Interior Minister has revealed that the criminal Obama administration was behind the plot to frame Assange for rape.

Here is the tweet that went out from Wikileaks with the documentation.

In a 19-page statement, also released on Wednesday, Assange details the events leading up to his persecution, including being railroaded by the American, Swedish, English and Australian governments.

YOU HAVE SUBJECTED ME TO SIX YEARS OF UNLAWFUL, POLITICIZED DETENTION WITHOUT CHARGE IN PRISON, UNDER HOUSE ARREST AND FOUR AND A HALF YEARS AT THIS EMBASSY. YOU SHOULD HAVE ASKED ME THIS QUESTION SIX YEARS AGO. YOUR ACTIONS IN REFUSING TO TAKE MY STATEMENT FOR THE LAST SIX YEARS HAVE BEEN FOUND TO BE UNLAWFUL BY THE UN WORKING GROUP ON ARBITRARY DETENTION AND BY THE SWEDISH COURT OF APPEAL. YOU HAVE BEEN FOUND TO HAVE SUBJECTED ME TO CRUEL, INHUMAN AND DEGRADING TREATMENT. YOU HAVE DENIED ME EFFECTIVE LEGAL REPRESENTATION IN THIS PROCESS. DESPITE THIS, I FEEL COMPELLED TO COOPERATE EVEN THOUGH YOU ARE NOT SAFEGUARDING MY RIGHTS. I REFER YOU TO MY STATEMENT WHERE ALL THESE QUESTIONS WERE ANSWERED.

Not coincidentally, all of these allegations of Assange’s alleged sexual misconduct came after he began exposing the war crimes of the US government, after being leaked information by the heroic Chelsea Manning.

“I… could not believe my eyes when five days later I saw a headline in a Swedish tabloid that I was suspected of a crime and arrested in my absence. I immediately made myself available to Swedish authorities to clarify any questions that might exist, even though I had no obligation to do so.”

In his statement, Assange outlines the details of what he refers to as “consensual and enjoyable” sex with a woman known as ‘SW,’ which he says occurred four or five times.

Assange is accused of having sex with SW while she was asleep which is considered rape under Swedish law. However, on Wednesday, he released SMS messages showing that this did not happen. According to the statement:

Her behaviour towards me on the night in question and in the morning made it clear that she actively and enthusiastically wanted me to have sex with her. This is also shown by text messages “SW” sent to her friends during the course of the evening I was at her home and during that week, which the Swedish police collected from her phone. Although the prosecutor has fought for years to prevent me, the public and the courts from seeing them, my lawyers were permitted to see them at the police station and were able to note down a number of them, including:

“Without even bothering to take my statement, the Swedish Prosecution Authority broke its own rules and released my name to a tabloid newspaper,” explains Assange in his testimony. “Prosecutor Ny went on to produce more than 40 press releases and press conferences about me. As a result, to this day more than half a million webpages falsely conflate my name with the word “rape”.

A team of FBI agents were snubbed by Iceland’s interior minister as he refused to cooperate with them in 2011. RT reports:

In June 2011, Obama administration implied to Iceland’s authorities they had knowledge of hackers wanting to destroy software systems in the country, and offered help, then-Interior Minister Ogmundur Jonasson, said in an interview with the Katoikos publication.

However, Jonasson said he instantly became “suspicious” of the US good intentions, “well aware that a helping hand might easily become a manipulating hand.”

Later in the summer 2011, the US “sent a planeload of FBI agents to Iceland seeking our cooperation in what I understood as an operation set up to frame Julian Assange and WikiLeaks,” Jonasson said.

Icelanders seemed like a tough nut to crack, though.

“Since they had not been authorized by the Icelandic authorities to carry out police work in Iceland and since a crack-down on WikiLeaks was not on my agenda, to say the least, I ordered that all cooperation with them be promptly terminated and I also made it clear that they should cease all activities in Iceland immediately,” said Jonasson.

“If I had to take sides with either WikiLeaks or the FBI or CIA, I would have no difficulty in choosing: I would be on the side of WikiLeaks,” he told the FBI.

Just keep in mind that neo-cons, as well as Hillary Clinton, the media and the Obama administration wanted to get Assange for exposing their crimes, even to the point of putting a “bullet in the brain.”