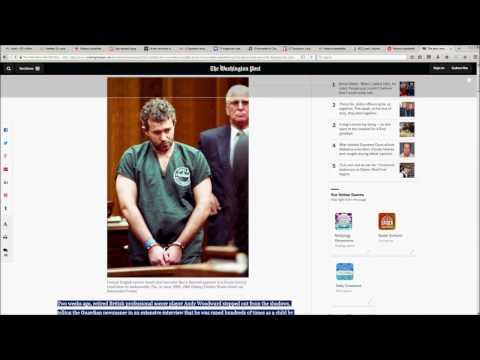 Like many of you who may read this article, I have been paying close attention to the worldwide, citizen investigation of the pedophile ring commonly known as “pizzagate.” For those of you who need to be brought up to speed on pizzagate, there are a voluminous number of videos and articles available online for your enlightenment. Although there is no doubt that some elements of pizzagate are real, the satanic force that procures, tortures, kills, and sometimes eats children is one of a worldwide nature, and not limited to a block in Washington D.C.

As I stated, I have been following the great work of many others who have spent countless hours poring over WikiLeaks e-mails – and e-mail of scumbag captain, John Podesta, specifically. Since there are no real victims to speak of, the evidence that has been presented so far would be considered mainly circumstantial. With that being said, the amount of circumstantial evidence is so copious that any sane person would have to consider it overwhelming. As I began to do my own investigation, what I also found overwhelming is the number of pedophiles that have been arrested or uncovered in 2016 alone.

Below, I have listed the links to the websites that I used for reference in the video, which appears at the end of this article. As I point out in the video, pay attention to the theme which seems to run throughout these articles. The theme is that most of these monsters are in a job that makes procuring children easy and inconspicuous. Sadly, I present the list below:

Please keep in mind that our silence enables these crimes against our children to continue. Hundreds of thousands of victims are crying for justice. Are you going to answer?