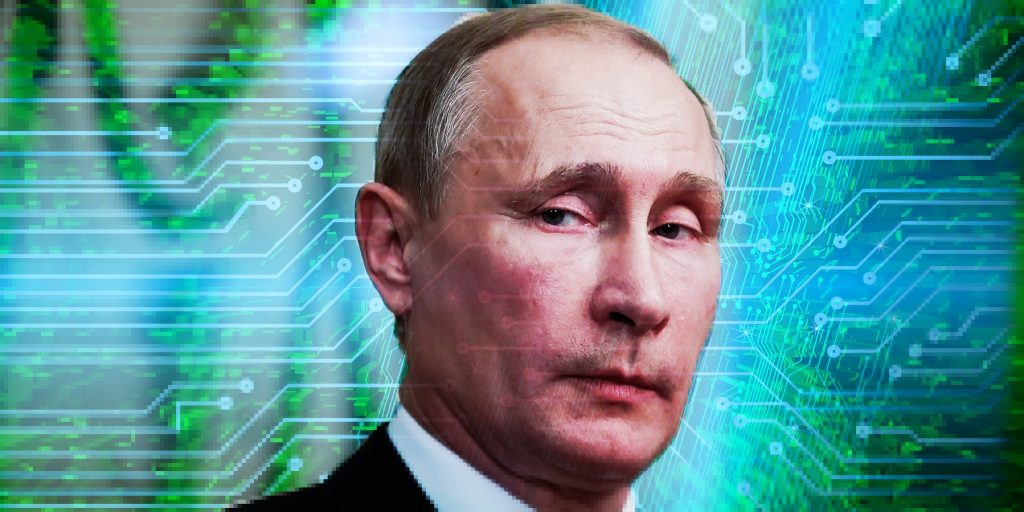 “The CIA says” is never a great way to start a sentence. But that’s the basis of the latest charge that Russia hacked the US presidential election.

Members of Congress have now been secretly briefed by the CIA on “the Russian affair,” and media, led by the Washington Post, are running with the story that Russia influenced the US election on the side of Trump.

Until and unless the denizens of Langley decide to show specific and convincing evidence for their claim, this is disinformation.

It’s easy to assemble a circumstantial case. But each case has to be judged on its own merits, and the devil is in the details. If we aren’t privy to those details in the “Russian affair,” no judgement is possible. Of course, major media outlets don’t seem bothered by that. They’re happy to cite the CIA as an authority—conveniently ignoring the fact that people in the intelligence field are taught to lie. It’s their stock in trade.

You might remember the Washington Post’s role in defaming and destroying Gary Webb, who, in 1996, published a series of articles in the Mercury News about the CIA seeding black Los Angeles neighborhoods with crack cocaine. The Post basically asked the CIA whether the charge was true, and when the Agency denied it, the Post attacked Webb as a “fake news” reporter. The same Washington Post is now leading the campaign to tie the Russian government to Hillary Clinton’s defeat. And the Post, once again, is using unproven statements from the CIA to back up their claim.

I could go on and on about the Post and its historic CIA ties. But now, right now, the owner of the Post is Jeff Bezos, who also owns Amazon. And Amazon has a $600 million contract to provide the CIA cloud computing services (more here and here).

Ordinarily, that would be called a fatal conflict of interest, whenever the Post opens up its yap about the CIA in any context.

However, mainstream news outlets, the very big ones, don’t go around criticizing each other’s ownerships; so the Bezos-CIA relationship is conveniently ignored and left “in the past.”

An honest lead paragraph on the current Russia-CIA-Trump allegations in the Post, however, would start this way:

“Our paper is owned by Jeff Bezos, and Jeff is making $600 million to provide the CIA with computing services, so take everything below with a grain of salt the size of Langley.”

Going one step further, Amazon and the CIA are both in the data-collecting business. What are the chances that Amazon, in the interest of “national security,” has been sharing its massive customer data with the CIA and other US intelligence agencies?

This should lead to another conflict-of-interest statement from the Washington Post: “As you read any article in our paper, keep in mind that our owner may be data-mining you and passing the information to the CIA. Have a nice day.”

Am I being too hard on Amazon? Do they have the basic guts to stand up to the intelligence community and resist its demands? Here is what author Norman Solomon had to say about that in 2014 (Huffington Post):

“Amazon’s trajectory into the CIA’s spooky arms may be a bit more than just corporate eagerness to land a lucrative contract. In late 2010 — amid intense public interest in documents that WikiLeaks was posting to illuminate U.S. actions overseas — Amazon took a notable step. As the Guardian reported at the time, Amazon ‘pulled the plug on hosting the whistleblowing website in reaction to heavy political pressure.’

“It didn’t take much for Amazon to cave. ‘The company announced it was cutting WikiLeaks off … only 24 hours after being contacted by the staff of Joe Lieberman, chairman of the Senate’s committee on homeland security,’ the Guardian noted.”

Let’s see. In 2010, Amazon cuts off WikiLeaks, proving its willingness to cave to the intelligence community.

In 2013, Jeff Bezos, the owner of Amazon, buys the Washington Post.

In 2016, after Clinton loses, the CIA—now Amazon’s business partner, and by extension, the Washington Post’s business partner—tells the Post that Russia influenced the election on behalf of Trump, and also implies/asserts that Russian hackers supplied Wikileaks with those tons of email data…

And the Washington Post accepts what its business partner, the CIA, is saying at face value and then leads the charge to blame Russia for handing the election to Trump.

The Post doubles down and absurdly accuses numerous sites and blogs of being a) “fake” and b) conscious or unconscious dupes of the Russian government.

Who exactly is the fake news outlet?