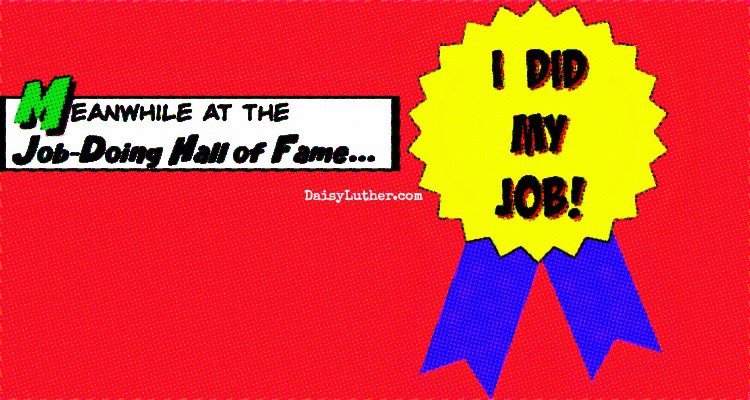 Here’s an entry for the “Job-Doing Hall of Fame.”

What if your job meant that you had to go arrest a guy who just wanted to live off the grid on his own land? What if that guy was a veteran? What if his only crime was refusing a service that he was supposed to pay for, like public water or utilities?

Is it actually acceptable to go to his place, kidnap him, and hold him against his will for that?

If YOU are the person who takes any of those actions, are you to blame if you’re “just doing your job?”

Tyler Truitt is a veteran who owns two acres of land in Madison County, Indiana. He and his girlfriend live off-grid. They have a clean, well-cared-for home with solar panels and a rainwater collection system. They don’t have loud parties, deal drugs, or do anything else that could be deemed anti-social.

Well, except refusing to tie into the grid.

And the government can’t have that.

So, in the interest of keeping law and order in Indiana, a guy who served his country is being harassed by his local government because they deem that not having public utilities makes his home unsafe.

I don’t know about you, but I think the unsafe part is the government officials that commit such crimes as trespassing, kidnapping, and extortion.

Truitt and his girlfriend aren’t hurting anyone. They aren’t endangering the welfare of their neighbors. They aren’t stealing, causing a public health hazard, or damaging anybody’s property.

Here’s an interview with Tyler Truitt.

After this interview, Tyler ended up going to court and was put on probation for his “crimes.”

It gets worse. During his probation, he had the audacity to return to his home.  His probation was revoked and last month, he was re-arrested. He spent 10 days, including Veteran’s Day, in jail, as punishment for living in his own home. Here’s a screenshot of his booking paperwork.

This saga has been going on for months and months.

Can you imagine living in your home, minding your own business, and waiting every day for the knock at the door that turns your life upside down and deprives you of your liberty because you choose to live on your own land without public water and electricity?

“Stop abdicating the personal responsibility for your own actions.”

Truitt posted this powerful message on his Facebook page regarding his time in jail:

A Message from Tyler

Today is November 20, 2016. As many of you know, I spent the week before last in jail. The judge had ordered me to serve a 10 day sentence in addition to fines. This was in relation to the trial last year which has been under appeal for some months. The ultimate outcome of which we lost and I was ordered to serve the time. This concludes all pending legal action at the time, but what we expect to happen is for the city to come cite us again and start this process all over again. I’m not sure exactly what they’re planning to do, but I’m sure this won’t be the end of it.

As for my experience in jail, there is one aspect of all this I briefly wanted to mention. Most of the jail and court, city, county etc. employees seem to be on our side. I had numerous guards tell me they thought our situation was messed up and apologize for what is happening to us. The deputy at the courthouse even said “Hey, aren’t you that guy who was on TV living off grid? I can’t believe they are doing this to you. That’s really messed up.” As he proceeded to carry me out without a word of protest to anyone else. That seems to be the common sentiment, and what I want you to notice is the key word “they”. People always say “they”, as if that person, “just doing their job”, has nothing at all to do with this. Just a bunch of little cogs in a big machine all doing their little part with no control over their own actions.

The best thing about jail is that when you are in there, you know you’re a prisoner, no questions about it. Complete with orange jumpsuit, metal bars, and bland, hastily prepared prison food. But what about the people on the outside? All those little cogs just doing a job with no control over their own actions? Going to a job they hate every day and doing exactly as they are told even when it irks their own moral conscience. I think this begs the question, “Who is the real prisoner?” And what kind of invisible walls inside our minds force us to act this way?

Many people are living like a prisoner, and yet still believing they are free. Because we have this grand illusion of freedom, a prison without walls, and so many choices (Should I go to Burger King or Taco Bell for lunch today?) we continue on touting how much freedom we all have, as we compliantly and unquestioningly carry out our orders. Because we have bills to pay and obligations that must be upheld. Obligations so pressing that we would do things which violate our own values and sense of self.

Now maybe some of you out there (especially law enforcement or military) are saying to yourself, “Sure I have to do things at work which make me feel uncomfortable, but I would never do anything too bad. I could stop myself before I do anything seriously unethical or unspeakable.” Possibly, but just where do you draw the line? Maybe for you that line isn’t drawn at incarcerating someone just for living peacefully on their own property (like my situation). But where is it? Is it when you are told to mace protesters? Or lie to cover up the actions of other officers? Is it when you’re asked to round up millions of Hispanic people for deportation? Or when you are ordered to force all Muslims into a concentration camp? Is it when you have to torture prisoners? Or is it when you’re made to confiscate weapons from your fellow patriotic Americans? How about when they tell you to shoot anyone who offers the least bit of resistance?

The point is that every time you’re forced to do something you feel is wrong without putting up the least bit of resistance, you only further train your mind to be compliant. Now is when it’s easy to say no. Do you think it will be any easier when people are rioting and there is chaos everywhere to make the right decision when you only have a moment to decide? Let’s remember, all the people at the Nuremburg trials were just following orders too, and I’m sure most of them never imagined themselves doing the types of things they did.

I guess what I’m asking all of you to do is remember that the choice actually is yours. All those invisible walls only exist in our minds, but we can tear them down and see what real freedom feels like. Stop living like a slave or prisoner to some giant system. Instead of “they”, it’s “we”. Stop abdicating the personal responsibility for your own actions. If you can do that, then you will truly be free. We don’t need to depend on some presidential savior, Trump, Bernie, Hillary, Obama, etc. to make America great again and make all our choices for us. America is the people, all of us. Only through our own actions, taking personal responsibility and making ourselves great, can each of us do our part to make America great.

If you read all of this, thank you for your time.

There is nothing I can add to that. Go here to help fund Truitt’s legal battle and here to follow the story on Facebook.