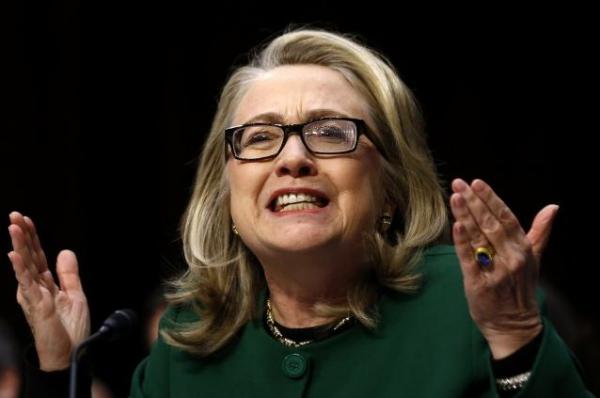 Even though Hillary Clinton endured the “most devastating loss in the history of American politics,” she is still trying to take center stage in the media. From hypocritically claiming the alleged “fake news” needs to be censored because “lives are at risk” to her recent pitch to have a lawsuit from Benghazi victim’s families dismissed, this woman simply will not go away quietly into the night.

Lawyers for twice-failed Oval Office aspirant Hillary Clinton have asked a federal court in Washington, D.C., to dismiss a lawsuit over her statements as secretary of state about the Benghazi terror attack that left four Americans dead.

The plaintiffs are arguing the case should to go trial because she doesn’t deserve special treatment as a member of the “political elite.”

Clinton narrowly averted a default judgment in the case earlier when a judge adopted claims that she wasn’t properly served.

Then she argued in court filings that the case should be dismissed, claiming the plaintiffs, Patricia Smith, the mother of Sean Smith, and Charles Woods, the father of Tyrone Woods, haven’t properly claimed they were injured.

The case was filed in the U.S. District Court for the District of Columbia by lawyer Larry Klayman of Freedom Watch USA after the FBI determined Clinton’s handling of classified information through the use of a nonsecure, private email server was “extremely careless.”

They allege that she told them one story about the attack, then told the media another story, and ended up calling the family members liars.

The claims are indeed true and we have the video evidence. For instance, here is her lie concerning what provoked the attack in Benghazi

Then, here is the ad that Clinton spent $75,000 of taxpayer money to apologize for the nonevent video that the CIA knew was the case from the very beginning.

Yet, it was Barack Hussein Obama Soetoro Soebarkah and Hillary Clinton that manipulated the talking points in order to push the false narrative of a video being the cause of the attack. Clinton’s State Department emails show that her department was involved in the altering the talking points and that she and Obama knew within two hours that the video was irrelevant and that this was nothing more than an Islamic jihad attack.

On top of that, the Obama administration armed Susan Rice with the same lie, which she told the American people on five Sunday shows.

Then, during the campaign season this year, Clinton targeted Patricia Smith, mother of Sean Smith who was killed in the Benghazi attack, and called her a liar for claiming that Clinton lied to her about the video. However, Smith was not the only parent who claims Clinton lied to them about the attack and the video. Charles Woods, father of Tyrone Woods who was also killed in Benghazi gave the same story.

Everyone knows exactly what is going on here. The Obama administration treated the Benghazi attack just like they have treated everything else. They have lied and deceived the American people, and it was all in the name of running weapons in the Middle East and covering for the Muslims and a creation of the Islamic State.

According to the filing, “Plaintiffs respectfully request that the court rule on defendant Clinton’s motion in a politically neutral fashion, as defendant Clinton, like everyone else before the court, is not above the law.”

“To treat her differently than others would be treated would create and perpetuate a terrible precedent, as the American people have come to believe that, in effect, there are two systems of justice; one for the political elite establishment, and one for the rest of the citizens of our nation,” it added.

As a result, not only should Clinton be held accountable to justice, but also every single person involved, including the usurper-in-chief. Without justice, the lawless prevail.