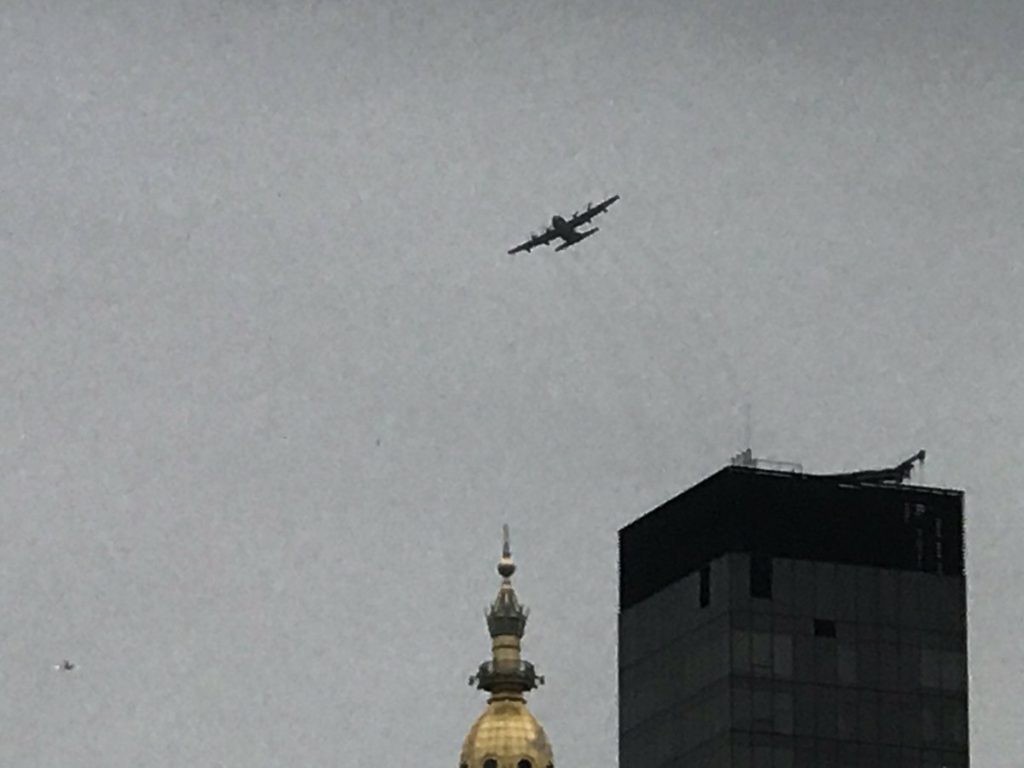 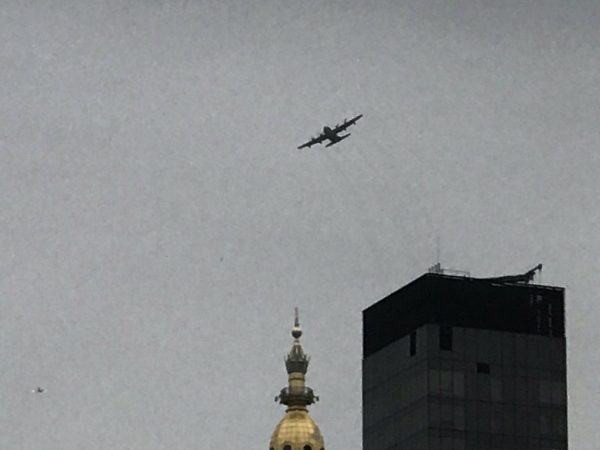 In a rare sight (rare as in, it never really happens unless something bad is going down), low-flying military aircraft were spotted circling Manhattan Tuesday afternoon without advance notice, and NYPD claimed they didn’t know why.

We are watching a C-138 military plane circle over Manhattan. pic.twitter.com/VEhpdySA82

(Ulanoff is the Chief Correspondent and Editor-at-Large of Mashable.)

No, that is not normal pic.twitter.com/DaFByrAX3O

The C-130 belongs to the 102nd Rescue Squadron of the New York Air National Guard.

Not normal activity, but it has already departed NYC. https://t.co/y2Jl5lSQAz

This plane that's been circling over manhattan is starting to freak me out. pic.twitter.com/L1EcBYOgpr

just saw it too pic.twitter.com/VdZhi15uwM

Apparently these craft did a lot of laps:

And no advance notice:

Almost all flyovers, military, commercial, or otherwise, have a lot of advance notice from @NotifyNYC.

This one did not. https://t.co/hjFuofxe2B

When Deputy News Director at BuzzFeed Tom Namako asked the NYPD about it, they said they didn’t know why military aircraft were circling Manhattan.

After enough startled people raised enough questions, the FAA put out a one-line “non-statement” saying the flights were authorized:

And here's the statement from the FAA pic.twitter.com/yYbFYU5cEY

What do you really think was going on? Seems like a strange time for a drill… and no one has admitted it was a drill (which NYPD would surely be notified of), just that the flights were “authorized”.

But why? We are usually notified of approved flyovers.

@BuzzFeedNews funny how I don't believe that

Apparently everyone including the NYPD is on a “need-to-know” basis with this, and it has been determined that most of us do not need to know.