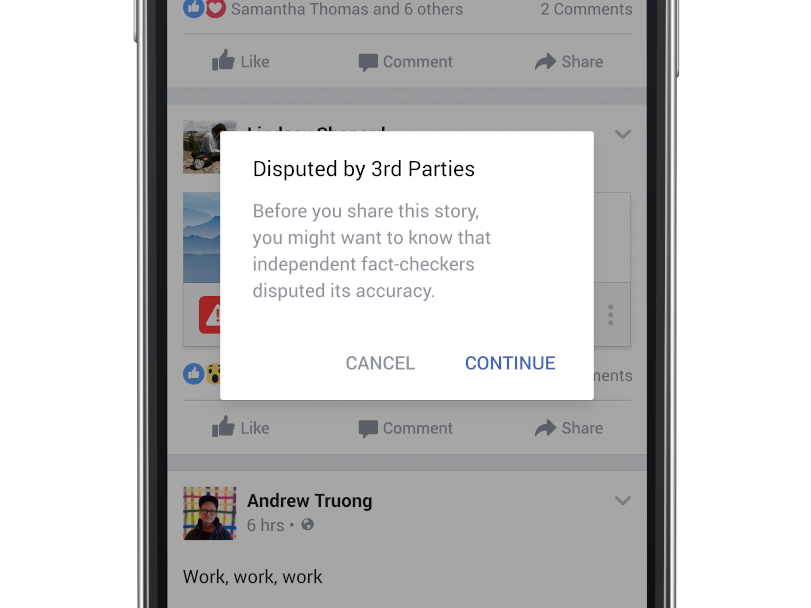 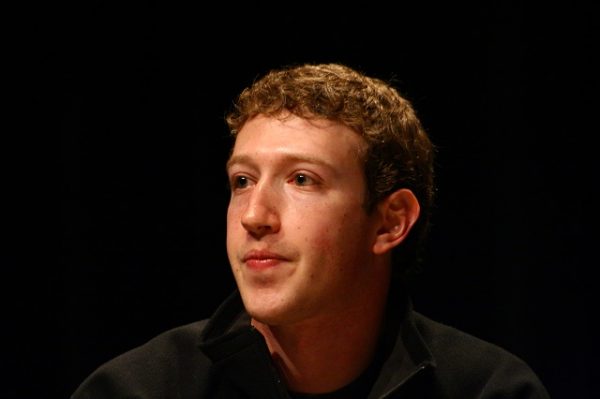 Facebook has just announced they’re going to implement what may be the most oppressive censorship regime out of every major social media site.

Failed liberal bloggers with a disastrous track record from Snopes, along with other partisan “fact-checkers” like Politifact, are going to be deciding what is and is not “fake news.”

Not only will they punish such sites by lowering their reach, but they’ll insert their own “fact-checking” articles to provide a counter narrative. Giant pop-up warnings will also be inserted to scare people from sharing articles they’ve deemed “fake.” This is straight out of an insane plan floated years back to have internet browsers censor “conspiracy” websites and direct people to so-called “debunking” sites with giant pop-ups and warnings.

Journalist Tim Pool produced a good breakdown of how this censorship will actually work in practice:

I guess he wasn’t aware Facebook already whitelisted CNN within the last few weeks and made it impossible to report their articles as “fake news,” even though they traffic in misinformation and lies.

That means plainly, lying media narratives will not be countered, but bloggers who said there was no WMDs in Iraq and the war was based on a lie will be flagged to hell by partisans who disagree with them.

Facebook is going to start fact-checking, labeling, and burying fake news and hoaxes in its News Feed, the company said Thursday.

The decision comes after Facebook received heated criticism for its role in spreading a deluge of political misinformation during the US presidential election, like one story that falsely said the Pope had endorsed Donald Trump.

To combat fake news, Facebook has teamed up with a shortlist of media organizations, including Snopes and ABC News, that are part of an international fact-checking network led by Poynter, a nonprofit school for journalism in St. Petersburg, Florida.

Starting as a test with a small percentage of its users in the US, Facebook will make it easier to report news stories that are fake or misleading. Once third-party fact-checkers have confirmed that the story is fake, it will be labeled as such and demoted in the News Feed.

A company representative told Business Insider that the social network will also use other signals, like algorithms that detect whether a story that appears fake is going viral, to determine if it should label the story as fake and bury it in people’s feeds. “We’ve focused our efforts on the worst of the worst, on the clear hoaxes spread by spammers for their own gain, and on engaging both our community and third party organizations,” Facebook News Feed chief Adam Mosseri said in a company blog post on Thursday.

A team of Facebook researchers will also review website domains and send sites that appear to be fake or spoofed (like “washingtonpost.co”) to third-party fact-checkers, a Facebook representative said. Of the 42 news organizations that have committed to Poynter’s fact-checking code of ethics, Facebook is starting out with the following four: Snopes, Factcheck.org, ABC News, and PolitiFact.

The Associated Press will also be a fact-checking partner.

“We are only involved to the extent that Facebook relies on the list of signatories to our code of principles as a starting point for the organizations it chooses to verify,” a Poynter representative told Business Insider. “Facebook is the only organization certifying third party fact-checkers on its platform.” Facebook has given its four initial fact-checking partners access to a tool that will let them label stories in the News Feed as fake, a Facebook spokesperson said. The person said Facebook is not paying the organizations to fact-check.

The websites that Facebook determines to be fake news organizations or spoofed domains will also not be able to sell ads on the social network. Owners of fake-news sites can make thousands of dollars per month through internet ads.

Facebook has repeatedly said that it’s not a media company, but rather an open technology platform that relies on media publishers and its users to share accurate information.

“We do not think of ourselves as editors,” Patrick Walker, Facebook’s head of media partnerships, said during a recent journalism conference in Dublin. “We believe it’s essential that Facebook stay out of the business of deciding what issues the world should read about. That’s what editors do.”

With this change, Facebook could go from a platform for somewhat open discussion to the most censored social media site in all of America.