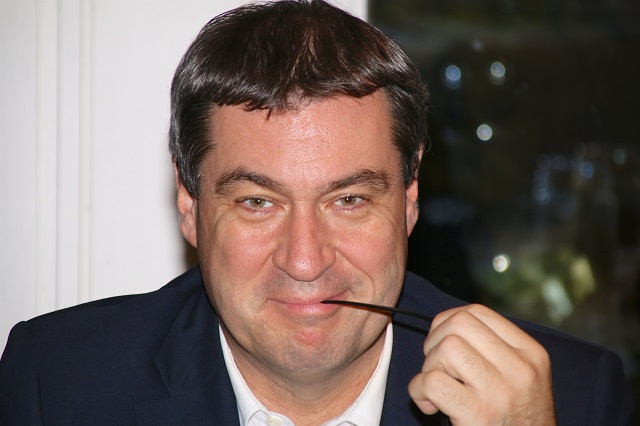 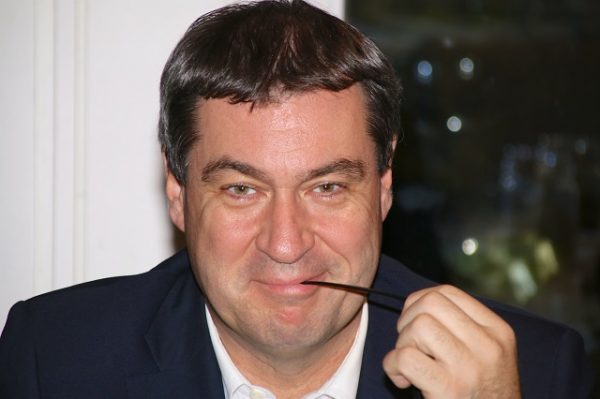 Out of the ashes of conquered Germany, a hero has risen.

A German politician has warned that the country is losing control of its streets, and has called for mass deportation of migrants.

Markus Söder, finance and home minister in Bavaria, made the comments following the murder of teenager Maria Ladenburger, and nearly a year since hundreds of sex assaults in Cologne.

He warned: ‘Our women and daughters are increasingly afraid of sexual assaults.’

He claimed police were becoming ‘frustrated’ with punishments meted out to migrants who commit sex offences.

A 17-year-old Afghan migrant has been accused of killing Miss Ladenburger, 19, and authorities are bracing themselves for New Year’s celebrations across the country.

She was killed in mid October in Freiburg, close to the Swiss border. Teenager Hussein Khavari is suspected of her killing. Earlier this month, a 31-year-old Iraqi migrant was arrested on suspicion of raping two women in Bochum.

Last year’s festivities were marred by hundreds of sexual assaults and robberies of women, largely centred around Cologne railway station.

Söder told German newspaper Welt: ‘The state must act more decisively than in the past.

‘Last year we lost control over our borders. Now we are beginning to lose control of streets and squares.’

He said not enough had been done after the disgraceful incidents in Cologne last year, saying there were ‘hardly any’ deportations.

Söder stated: ‘To protect public order, even the slightest attacks must be prosecuted and punished.’

While the German government debates immigration rules, Söder called for the deportation process to be simplified.

He dismissed current figures, which show around 50 people are deported each say, saying ‘it is about hundreds of thousands’.

Hell yes! Söder needs to run against Merkel! It’s about damn time someone spoke some sense!

Just yesterday, I covered a story where a 34-year-old migrant from Morocco stole a car, rammed it immediately into a tree because he couldn’t drive. He got only three months in prison because they said he was a “first time offender.”

After being released, he went to a club and allegedly raped a woman after she refused his advances.

The time has come for the insanity to end.

They have to go back.