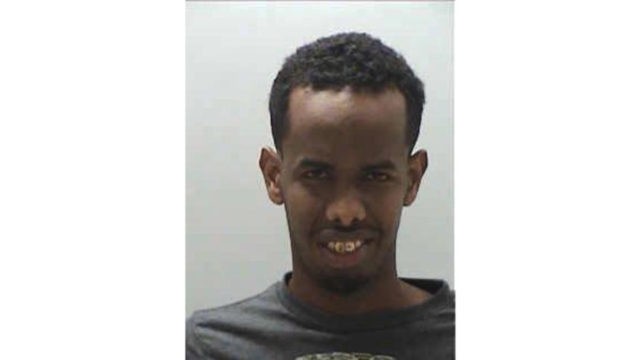 And this is more of what Barack Hussein Obama Soetoro Soebarkah wants to bring to the cities of the US. A Somali Muslim migrant had only been in the United States for three months before attacking a woman and raping her on a bus in Crookston, Minnesota.

A Minneapolis man is being charged with criminal sexual conduct after being accused of raping a woman on a bus passing through Crookston Friday. Mohamed Harir Ayanle, 22, was released from the Northwest Regional Correction Center Monday on a $5,000 bond and on the condition that he does not leave Minnesota.

According to the court complaint, the Crookston Police Department were dispatched to 2200 University Avenue – the location of the Crookston Inn & Convention Center – on a report of criminal sexual conduct on a Jefferson Lines bus traveling from Minneapolis to Grand Forks. The victim told dispatch that another passenger on the bus threatened her and made her have sex with him. She said that Ayanle said he “had something,” which she believed to be a knife though she never saw a knife, and that was the reason she went with him.

Ayanle told authorities that the pair had consensual intercourse and denied threatening the victim.

Breitbart reports, “Breitbart News contacted the Crookston Police Department and asked whether Ayanle spoke English, whether he arrived under the federal refugee resettlement program or a different immigration program, and for details on his current visa status, but did not receive a response.”

“On September 17, Dahir Adan, a Somali refugee in his twenties, attacked ten people with a knife in a St. Cloud, Minnesota mall before he was shot and killed by an off duty police officer,” wrote Leahy. “On November 28, Abdul Razak Ali Artan, a Somali refugee said to be either 18 or 20, attacked eleven people with a car and then a knife on the campus of Ohio State University in Columbus, Ohio before he was shot and killed by a campus police officer.”

Ayanle faces up to 30 years in prison if convicted on charges of criminal sexual conduct.

A few more well-armed and well-trained women in America with guns just may aid in putting a permanent stop to individuals like this, but I’m sure the emotional little snowflake gun grabbers in Minnesota will not want to hear that, and neither will the Muslim-in-chief.