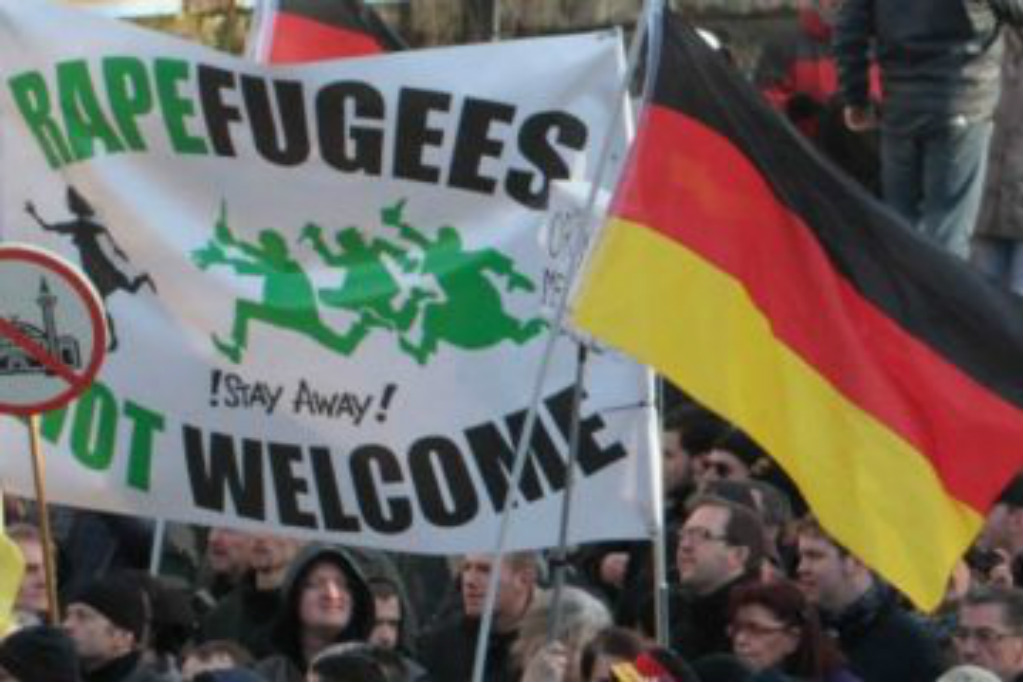 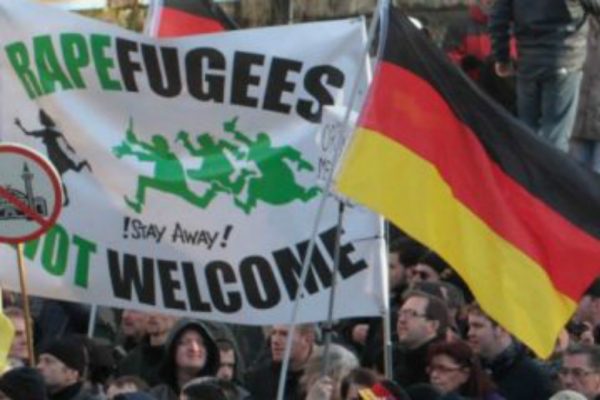 There is a major conspiracy being done by the German government to advance and revive Nazi ideology. National Socialist terrorists have murdered immigrants, and the evil elements within the state have protected them, while facilitating the spread of their ideology. The Guardian recently published an in-depth article on this, and you can read it here. On the article published, I have written my own thoughts.

There was a very violent cult called the National Socialist Underground, who went on a murdering spree, only for the crimes to be covered up by elements within the German government. The murders were carried out by Uwe Mundlos, Uwe Bonhardt, and Beate Zschape, and they murdered ten people. Their first victim was Enver Simsek; he was murdered by two gunmen while he was in his van, dying later from his wounds two days later in the hospital.

The next victim was Abdurrahim Ozudogru; he was shot and killed with two bullets while he was working in a tailor’s shop. The next victim was murdered three weeks laters; his name was Suleyman Taskopru, and he was shot three times while he was working in his greengrocer’s shop. Two months later, in August of 2001, these same National Socialists murdered another greengrocer, Habil Kilic. The National Socialist terrorists would continue on their murder spree, even killing a police officer in 2007, Michele Kiesewetter, and injuring her partner.

The manner of the murders exhibited a particular pattern: usually, the killers would fire at close range, and the victims were looking directly into the eyes of their murderers before being killed. Investigators took these patterns to mean that the murders were done by the Turkish mafia.

In 2004, the same National Socialist terrorists murdered Mehmet Turgut in a kebab shop, and later that year, they detonated a bomb in Cologne, in an area popular amongst Turks, injuring twenty two people. In June of 2005, they murdered Ismail Yasar in a kebab shop, and in 2006, they murdered a Greek Christian man named Theodoros Boulgarides, as he was working in his new shop in Munich. After Theodorus was murdered, investigators hit his family with all sorts of questions.

They were questioned about possible contacts Theodoros Boulgarides had to drug addicts, the Turkish mafia, prostitute rings, internet crime, betting, and arms traders. The daughters were asked if their father had sexually abused them. The widow was temporarily suspected of killing her husband. Hundreds of witnesses were asked, but not a single one was of a National Socialist background. Investigators purposefully avoided this and wanted the conclusion of the case to be anything but a Nazi-motivated murder.

After Theodoros’ body was found, Greek-Orthodox priest Apostolos Malamoussis was called and asked to go to the scene of the crime to say a prayer.

“I entered the shop where the deceased lay on the floor,” Apostolos Malamoussis said. He recalls police were busy securing evidence. “I told them I was a priest and wanted to pray, and they showed me where I could stand so as not to smudge the murderers’ tracks.”

“It was a harrowing sight, the deceased Theodoros in a huge pool of blood, his face riddled with bullets,” the priest says.

That they murdered this Greek Christian shows that the murderers did not care whether or not the victims were Muslim or Christian, they just wanted to kill immigrants.

They murdered Halit Yozgat as he was running his internet cafe. His body lay behind the front desk, and there was blood on the counter. What was very strange about this murder was that there was a German intelligence agent present in the cafe – his name was Andreas Temme. After the murder was done, Temme walked up to the front desk, and, acting completely oblivious to the dead corpse behind the register and the blood on the desk, paid his bill by leaving coins on the desk and left. Later on in the investigation, Temme did not report that he was in the cafe during the murder, and when he was pressed about it during the trial, he said that he simply did not notice the blood or the corpse. The father of the victim said during the trial, “We all know this man is lying.” It was all part of a rubbish scheme contrived by people within the German government to protect and support the Nazi cause.

A police officer from the same village as Temme testified that the German intelligence officer was known as “Little Adolf.” After claims were made that Temme owned a personal library of Nazi literature, police wanted to dig deeper and investigate it. But the governor of the state of Hesse, Volker Bouffier, prevented any such investigation from occurring, protecting Temme — “little Adolf” — from being exposed by investigators and also the press. Bouffier is the chairman for the CDU, the Christian Democratic Union, the same party as Angela Merkel. The same party that has become supposedly supportive of mass Islamic immigration, is also protecting National Socialist terrorism.

Lets also remember that the CDU parliamentarian Bettina Kudla used the SS Nazi term umvolkung to describe the scenario of Germany losing its culture to immigrants, and she also voted against Germany recognizing the Armenian Genocide by Turkey, signifying her favor towards National Socialist ideology and the extermination of human beings. This means that there are Nazis within the CDU, and that the party, while being pro-immigrant one moment, can easily turn to eugenics in the next moment.

It does not matter which party takes power in Germany, the policy will remain, and that is the revival of the German empire.

That Bouffier, a CDU governor, protected the Nazi, Andreas Temme, an intelligence officer within the German government who coldly ignored the corpse of a victim of Nazi terrorists, and that Bettina Kudla, a CDU member of parliament, used a Nazi term and refused to allow for a recognition of the Armenian Genocide reveals that there are substantial Nazi elements within the German government who would not mind siding with the cause of systematic Islamic genocide, as is the case of Bettina Kudla refusing the recognition of the Armenian Genocide. The Federal Office for the Protection of the Constitution, or the BfV, refuses the request of any commission to search the files for the investigation of the National Socialist murders. One has to request a specific file, and before it is given, it is edited.

Not only do National Socialist murderers receive sympathy from people within the German state, but Nazi groups are receiving large amounts of funds to inculcate and spread their National Socialist religion. The German state is funding Nazi propaganda and even music. Neo-Nazi Tino Brandt, in 2014, admitted on German public television that the government gave him a quarter of a million Deutsche Marks in the early nineties to make Nazi propaganda fliers, and to organize concerts and demonstrations. The funds enabled Brandt and his cult to gain recruitment and expansion. Brandt was never tried for his connections with neo-Nazi terrorism and violence, but he was sentenced to five-and-a-half in prison on 66 counts of child sexual abuse and child prostitution.

Ralph Marschner, a fanatic neo-Nazi who sang National Socialist songs, was also receiving money to be an informant for the state. He lived right around the corner from the National Socialist Underground murderers, Zschäpe, Mundlos and Böhnhardt, and according to Hajo Funke, a professor of politics at the Free University of Berlin, Marschner is one of the most important witnesses, because he “proves that the BfV almost certainly would have known about the two Uwes and Beate, either directly through Marschner, or by monitoring his activities.”

Marschner hired Zschäpe to work in his clothing store, Heaven and Hell, where he sold Nazi clothing under the counter. He also employed Uwe Mundlos in his construction company. This confirms that Marschner is a credible witness against the three terrorists. Yet, Judge Gotzl has rejected the measure to investigate his role, calling it “irrelevant.”

These stories stories are only a few examples as to the Nazi advocation being done by the German government. What is completely occurring is yet to be known, but whatever it is, it is sinister. The German government is funding the spread of Nazism, and is being protected by state officials, some of whom are in Merkel’s party. By bringing in the Muslim immigrants, it is further adding material for Nazi propaganda, and thus making National Socialist ideology more and more attractive to the masses.