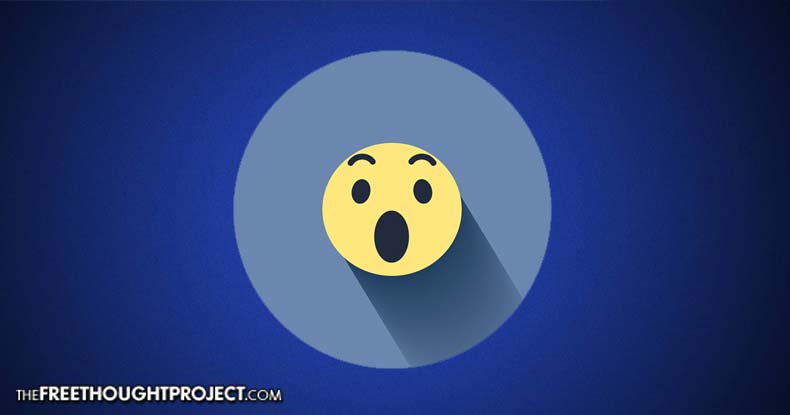 Germany — Germany now says if Facebook refuses to deal with “fake news” in a timely manner, it will fine the social media platform €500,000 (around $525,000) for each false or hate speech item it fails to remove within 24 hours.

Thomas Oppermann, chairman of Germany’s Social Democratic Party, suggests a strict law with concurrent stiff penalty might be the best method of combating the plethora of “fake news” now apparently flooding the interwebs.

“Facebook did not avail itself of the opportunity to regulate the issue of complaint management itself,” Oppermann told Der Spiegel in an interview Friday. “Now market dominating platforms like Facebook will be legally required to build a legal protection office in Germany that is available 24 hours a day, 365 days a year.”

According to Deutsche Welle, this would allow putative ‘victims’ of fake news or hate speech to contact Facebook and request action be taken.

“If, after appropriate examination, Facebook does not delete the offending message within 24 hours,” Oppermann continued, “it should expect individual fines of up to 500,000 euros ($523,320).”

Germany’s announcement comes on the heels of Facebook’s formally announcing its newest plan to deal with the same “fake news” issue — the company will partner with adamantly left-leaning organizations Snopes, Politifact, FactCheck.org, the Associated Press, and ABC News to vet and label items “disputed.” Corporate media largely lauded that announcement, ignoring entirely the distinct potentiality for the effort to amount to blatant censorship of all ideas not in lock step with the neoliberal establishment.

All of this, despite Facebook CEO Mark Zuckerberg declaring shortly after the U.S. presidential election,

“Of all the content on Facebook, more than 99 percent of what people see is authentic. Only a very small amount is fake news and hoaxes. The hoaxes that do exist are not limited to one partisan view, or even to politics. Overall, this makes it extremely unlikely hoaxes changed the outcome of this election in one direction or the other.”

Zuckerberg and Facebook quickly changed their tune when it became clear the Democrat establishment wished to target alternative, independent, and right-leaning media organizations to shoulder the blame of its own shortcomings in the election of Donald Trump to the presidency.

While corporate media presstitutes praised fealty to Hillary Clinton, alternative outlets reported on the contents of documents leaked to Wikileaks concerning the former secretary of state — including collusion by those same ‘reporters’ with Clinton’s campaign.

Indeed, though analysts first decried the idea ‘fake news’ or misinformation swayed the election in favor of Donald Trump, hysteria amongst Clintonites and NeverTrump Republicans spread like wildfire online as the volatile situation in the United States threatened to explode into outright conflict. Now, a growing number of Electoral College electors from both sides of the aisle have declared they will not vote — or cast their votes for Trump — until an investigation into Russian election interference can be performed.

Russian hackers and pro-Russia propaganda constitutes the twin, parallel ‘problem’ having befallen the U.S. — unnamed officials in the CIA ostensibly found after an analysis that Russian actors hacked Democrat Party files and provided information to Wikileaks — but provided literally zero evidence to back up the slanderous claim.

Russian President Vladimir Putin — recently himself named by President Obama for involvement in the unproven hacks — has categorically denied Russia meddled in the election or hacked the DNC. Wikileaks founder Julian Assange, Judge Andrew Napolitano, and former British Ambassador to Uzbekistan Craig Murray have all — among many others — come forward to denounce the idea of Russian hackers as absurd and baseless.

“Our source is not the Russian government,” Assange told Sean Hannity in an interview, in which the Wikileaks founder discussed the inanity of claims Russia had influenced the U.S. election.

Assange elaborated that although his organization prefers to proffer no qualifying details about individuals who provide documents, he felt obligated to set the record straight in this case, so “we’ve had to come out and say, ‘no, it’s not a State party, stop trying to distract in that way, and pay attention to the content of the publications.”

“So, in other words, when you say State party, it wasn’t another State — like Russia, or some other country?” Hannity asked.

Nevertheless, iterations of foreign influence in elections — whether via hacking, propaganda, or fake news — rattled Germany’s nerves sufficiently to take such staunch measures against Facebook.

In fact, censorship according to government standards is business-as-usual for the social media behemoth, and Facebook has worked with independent media organizations in Germany to remove offensive content and hate speech for some time. But the country’s plot to impose stiff fines on Facebook for disseminating fake news represents a dangerous and slippery slope for users in Europe as ‘fake news’ is often a matter of opinion.

But it isn’t without basis. Germany is effectively looking to the U.S. for methods to avert a crisis with its coming elections — viewing the putative Trump fiasco as a prime motivator for combating disinformation ahead of time, as it is widely believed the credible reporting by American independent media on corruption by the Dems helped hand Trump the presidency.

As Quartz reports, “The move is partly in response to fears that fake news posts could have an affect on the German parliamentary elections taking place in 2017, according to the Financial Times. Facebook has repeatedly said since the Nov. 8 election of Donald Trump in the US that fake news on its site, which has roughly 180 million users in the US and Canada, could not have affected the election.”

Although ‘fake news’ is generally viewed as a problematic issue which needs to be dealt with, the more liberty-minded have cautioned vociferously that even light censorship of ideas will cascade into widespread editing of thought.

If given an inch, those in power prefer to take miles — and it would seem Facebook, the U.S., and Germany have started down that lengthy, perilous road.