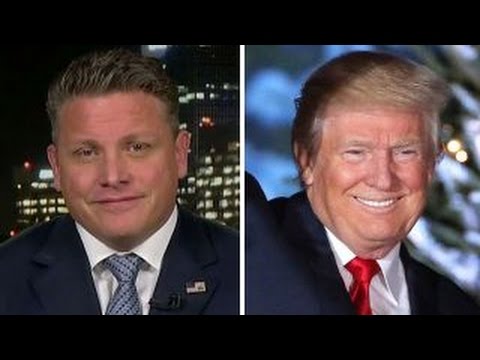 Arizona elector Robert Graham says the number of death threats made by Hillary Clinton supporters against Republican electors set to vote for Trump today should have prompted President Obama to publicly discourage such intimidation.

Appearing on Fox & Friends, Graham said that he was personally followed on two different occasions on the highway after receiving emails from individuals who said they knew his address and would be following him.

Asked why the Department of Justice hasn’t launched an investigation into the threats, Graham said he wasn’t surprised that they had shown no interest.

“Our president should stand out and say ‘hey stand down people, this is the process’….people are just standing back and letting this happen and it’s full on onslaught to where some of our electors, it’s actually affecting their health,” Graham told Steve Doocy.

Graham agreed with Doocy’s conclusion that “this was just a last chance for the sore losers to try to steal the election”.

“We talk about voter suppression and here it is at the pinnacle, they’re trying to intimidate people away from voting, making them feel very uncomfortable….today they’re gonna lose one more time, and we get to call them a loser one more time,” said Graham.

Meanwhile, Michigan elector Michael Banerian appeared on CNN to share some of the death threats he has received, which included a vow to “find you and put a bullet in your fat f***ing mouth” and a request to “do society a favor and throw yourself in front of a bus”.

The threats are so alarming that electors in Pennsylvania have each been “assigned a plainclothes state police trooper for protection”.

Despite the best efforts of such people, along with celebrities like Michael Moore and Clinton campaign chairman John Podesta, electors are set to vote for Trump today and confirm him as president.

It seems that all the intimidation has only made electors more determined to vote for Trump, with the Associated Press able to find just one Republican elector who is set to defy the people of his own state and not vote for the president elect.