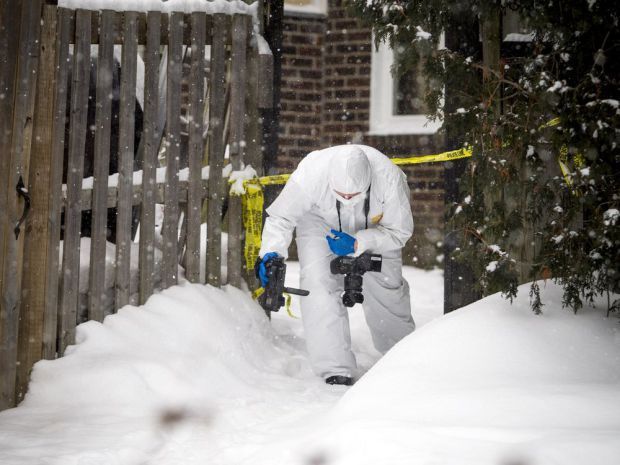 The enemedia and the elites assign mental illness to Islamic violence, sharia enforcement.

“Mental illness”sanctions Muslim men to execute women who are judged to be in violation of Islamic law. In every case of jihad and sharia violence, we are admonished and warned not to “rush to judgment,” but law enforcement and media elites immediately rush to call it insanity.

The Ottawa Police pronounced the perpetrator insane at a press conference even as they lay criminal charges of murder? Talk about undermining your own case. If the suspect is mentally ill, then he is not culpable, and criminal charges should not have been laid.

Once again, the old “mentally ill” card is played right out of the gate as a Muslim slaughters two female members of his family.

What did they do that made him “mentally ill”? Did they expose their hair? Have non-Muslim boyfriends? Dishonour the family?

The two women were remembered by friends and family on Sunday as kind and thoughtful people.

Ottawa Police Major Crimes unit has charged Musab A-Noor, 29, in the killing of his two sisters on Friday night.

Police were called to the 3200 block of McCarthy Road around 9 p.m. on Friday night in the city’s south end.

Nasiba taught at the Tarbiyah Learning Centre on 572 Moodie Drive in Nepean. Her biography at the school notes that she was teaching girls in Grade 5 to 8 about the Quran and Islamic Studies.

“I am in shock and disbelief,” wrote Ghazala Choudhary, principal of the school, in a public Facebook message.

“She was a calm, patient and kind individual. I will cherish seeing her sweet smile and exchanging salaams with her every morning. Watching her teach was always so peaceful and I will never forget her compassion towards her students,” she said.

“Her legacy should continue through those that she taught, and everyone who knew her and what she did for many,” wrote Suzanne Ragheb in response.

Nasiba was also a talented photographer. Her instagram account is filled with curated photos of nature, coffee shops and books.

On the last photo she posted – cluttered bookshelves of Black Squirrel Books in Old Ottawa South – friends and family have shared their grief.

“I can’t believe you are gone,” wrote Fatema Alasadi. “It hurts me so much to know that I can’t see you or talk to you. I miss you so much.”

The two women were highly involved in the Somali community in Ottawa and daughters of prominent author and professor Abdirahman Ahmed Noor.