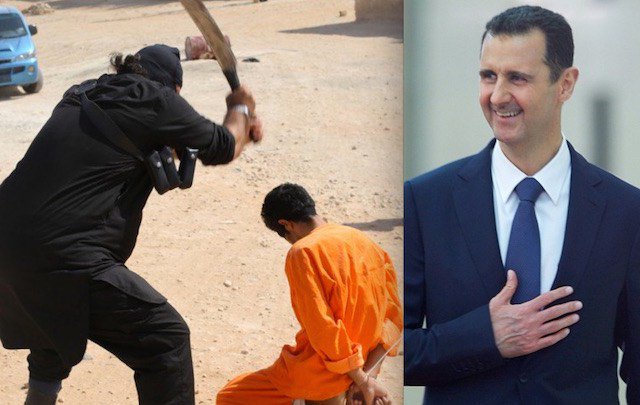 Forty thousand Christians living in Aleppo feel safer now that their city is under Bashar al-Assad — thanks to Russia — and fear the return of the Islamic rebels, as we read in one report:

The estimated 40,000 Christians in Aleppo are not among the civilians who are dreading the fall of the city to the Russia and Iran-backed regime of dictator Bashar al Assad, according to a charity group that helps persecuted Christians. These Christians instead reportedly fear the return of the rebels to Aleppo, particularly the jihadi coalition known as Jaish Al Fatah, or ‘Army of Conquest,’ that includes the likes of the Syrian al-Qaeda branch formerly known as the Nusra Front before it became Jabhat Fateh al-Sham (Front for the Conquest of the Levant).

Jaish Al Fatah has been “heavily involved” in the battle for Aleppo and the persecution of Christians in the city, claims the charity group Barnabas Fund.

The Russian government and the U.K.-based Syrian Observatory for Human Rights, which uses a network of ground sources to monitor the ongoing civil war in Syria, have declared that the Assad regime is now in control of Aleppo.

Russian-backed Assad forces and their Iranian-allied counterparts operating on the ground have been accused of “genocide” against civilians in the former rebel stronghold of eastern Aleppo.