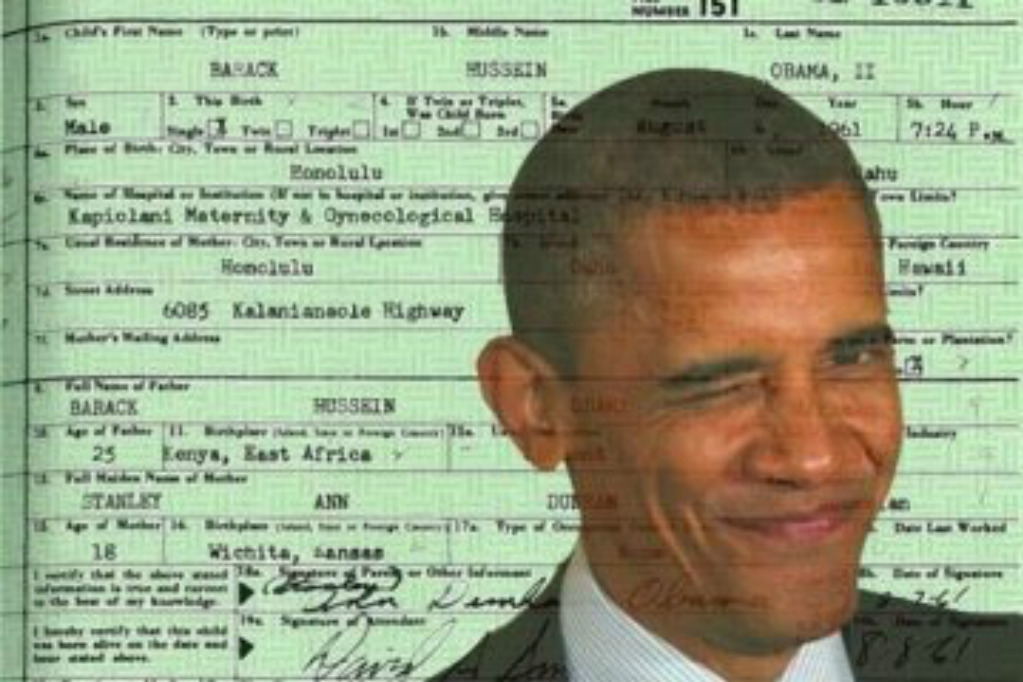 In 2012, Maricopa County Sheriff Joe Arpaio openly stated that the fraudulent birth certificate of Barack Hussein Obama Soetoro Soebarkah that resides on the White House website is a national security issue. Indeed it is. However, Arpaio and his Cold Case Posse team, led by investigator Mike Zullo, are not the only ones who question the birth certificate. In fact, though Arpaio has been careful to question the documents of Obama and not his place of birth or who his parents are (a question that should arise from identifying the birth certificate as a fraudulent document), others have went further in questioning Obama’s eligibility to be president, including this writer.

The issue of Obama’s eligibility to be president has come up several times on this site. I and several other authors have written and defined what the Constitution means by a natural born citizen on many occasions. Sadly, we even had to do it with 2016 GOP contenders from the Republican Party. Yet, we stood our ground and were consistent with what we believe the Constitution and the writings surrounding the framers of the Constitution were regarding this issue.

“No Person except a natural born Citizen, or a Citizen of the United States, at the time of the Adoption of this Constitution, shall be eligible to the Office of President.”

While Obama did release a “Certificate of Live Birth” to the public via the White House website, several experts in the field of documents and photo manipulation software have determined that document is a fake, including Mike Zullo and his team of investigators. They have presented their evidence for all to see, but nothing has been done about it by a Republican-led House (since 2010) nor a Republican-led Senate (since 2012). They just don’t care. After all, it’s nothing more than “conspiracy theory,” to use their favorite catch phrase. However, the evidence is overwhelming that we have a usurper in the people’s White House.

Among the people who have questioned Obama’s eligibility are some really big names that should not be easily dismissed. WND listed them.

I would encourage people to read the article, because, you know what, we throw around labels a lot. And we’ve become desensitized. And what we’re looking here and what Sandy’s bringing up here are not labels – we’re not calling somebody a Marxist or a socialist because, you know. No, because, absolutely, we’re looking at facts, and what the media has done – going back to an earlier discussion about the media is that they have attempted to marginalize anyone who challenges this administration on these principles and that driving ideology. It goes back to what they did to those that, you know, question the issue of Obama’s birth certificate. Look, I don’t know about all of that, but I will tell you this, it’s a legitimate issue from a standpoint of what the constitution says. And I think what we’ve done, we’ve done great harm to the foundation of our government, by marginalizing and attacking anyone who brings up a legitimate issue. And what Sandy’s talking about here, is the policies, the ideology, and the connection, that, when you put it all together, it connects the dots. It makes you wonder, ‘why did he risk Congress and control of the House to push through healthcare?’ It’s a part of that ideology.

“I’m no birther, don’t get me wrong,” Monckton said. “I haven’t a clue where Obama was born, and I wouldn’t want to entreat into the private grief behind investigating. But the point is, is what he has done on the White House website is he has put up a document which he is plainly a forgery and I would regard that as a very serious matter.”

“It appears in layers on the screen in such a way you can remove quite separately each of the individual dates,” The Daily Caller reported Monckton said. “You use Adobe Illustrator and each of the individual dates is in its own separate layer. This thing has been fabricated. Sheriff Arpaio of Arizona has had a team on this for six months. And he has now gone public and said there’s something very desperately wrong with this and of course nobody is saying anything because the entire electorate has been fooled.”

“All I can tell you is that the general consensus is that he has produced a birth certificate. The question is, is it legitimate? That’s where we stand now. I’ve seen a copy of it on television of the birth certificate. But, you know, the governor of Hawaii couldn’t get what he felt was an original of the birth certificate. He tried to do it and gave up on it. So I think what Obama’s showing is a facsimile, but I think that debate probably is not enough, shall we say, enough just to impeach him. We’re going to have an election in five or six months, so we can change the course of history by electing someone other than Obama. So that’s what elections are all about. If we started impeachment this time of year it’d be very difficult in terms of time and strength.”

Obama is “a man who refuses to show a valid birth certificate. A man who applies for college aid as a foreign student and then denies he’s foreign. A man who has a Social Security Number from a state he’s never even lived in.”

“I was in Kenya about a year and a half ago, and everyone there says, you know, your president was born here,” he told the San Francisco Chronicle.

In response to the recording of Obama’s grandmother, who claims to have been at Obama’s birth in Mombasa and later retracted her statement somewhat, Boone said, “Some say she didn’t understand the question. One thing for sure. She understood to say I was there. Where it was, it wasn’t Hawaii.”

Understand, there is a difference in those that are considered to be “birthers” and those who question the validity of Obama’s identification documents. They are not one in the same, though many who question the documents logically question Obama’s origins.

Many more have questioned not only the birth certificate, but also his selective service form, his social security number, his lack of being able to be verified to hold a job in the US. All of this points to a man who is a fraud and an illegal president. I believe this is such a serious issue that to not deal with it justly leaves us unable to resolve many of the current lawlessness at the central government level.