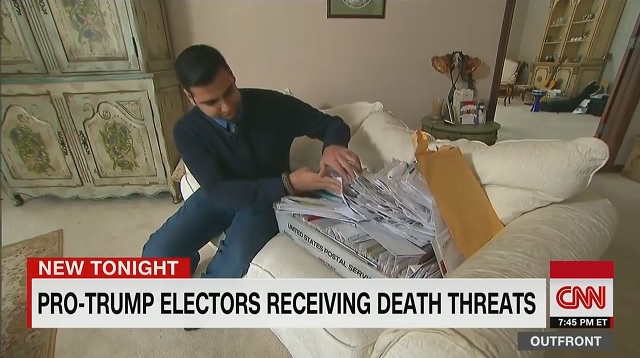 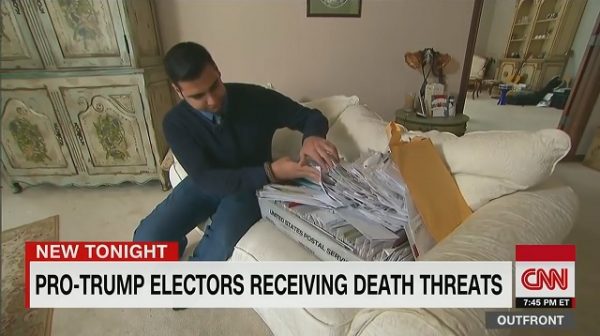 Republican electors due to cast the votes on Monday that will seal Donald Trump’s presidency, are facing death threats and organised campaigns in a ditch bid by desperate opponents to avert the outcome of the US election.

[…]As the deadline approaches some of the appeals to electors have turned threatening. Electors around the country have reported being targeted by death threats, harassing phone calls and reams of hate mail.

“I never can imagine harassing people like this,” said Jim Rhoades, a Republican elector from Michigan who runs a home inspection service. “I’ve lost a bunch of business.”

In Pennsylvania, the situation has become so serious that the some 20 electors have reportedly been assigned plainclothes state police troopers for protection.

Mrs Barket said she had avoided engaging with risk by refusing to open most of the letters, but she conceded that she feels “very uncomfortable in my environment”.

While random leftists are in total freak-out mode, you can be damn sure the establishment is feeling the exact same way.

Even with Trump winning today’s vote, the intelligence complex is likely working overtime to manufacture evidence — “Iraq has WMDs-style” — to “prove” that “leet Russian haxours” were behind Wikileaks and responsible for Trump’s win.