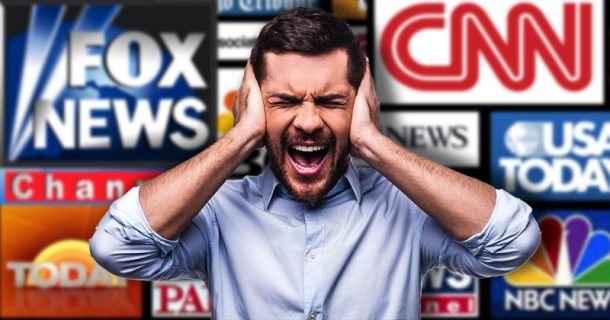 MSM’s most mortifying moments of the year

An epic montage video illustrates just how badly the media failed in 2016, revealing itself to be a public relations firm for Hillary Clinton while being proven spectacularly wrong and out of touch on innumerable occasions.

The montage, put together by Grabien News, is entitled The Media’s 10 Most Mortifying Moments of 2016.

– NBC host Lester Holt telling Hillary Clinton he “winced” after an audience member at a forum asked Hillary if she was “dishonest”. Holt’s hard-hitting question to Hillary was, “Do you get your feelings hurt sometimes?”

– The glorification of Fidel Castro, a brutal dictator who had political dissidents, black people and gays executed and exiled in labor camps.

– Andrea Mitchell fawning all over Hillary Clinton for the entire campaign cycle, claiming her lethargic, sparsely attended rallies were packed with enthusiastic supporters.

– Blaming the Islamic terror attack in Orlando on “white nationalists,” refusing to even have a conversation about Islam, blaming the attack on Donald Trump’s “rhetoric,” and exploiting the massacre to push gun control and demonize the NRA.

– Democrats staging a a sit-in on the floor of the House of Representatives after the Orlando massacre to lobby for gun control, a pointless symbolic gesture that whipped the media up into a joyous frenzy.

– Endless predictions of a Hillary Clinton “landslide” that were proven spectacularly wrong on election day.