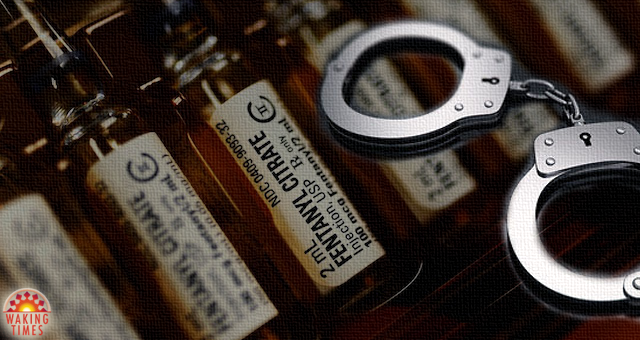 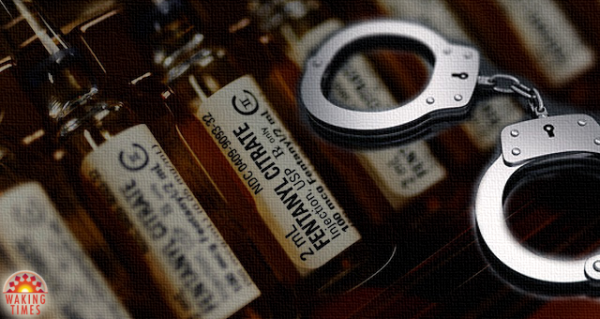 Just under the radar of the American dream is a terrible crisis ruining families, destroying communities and killing people who are just too young to die. Overdoses from opioids, synthetic opioid drugs, and heroin have become a genuine epidemic, killing tens of thousands of Americans a year, swamping emergency emergency services and creating a booming economy out of rehab.

There a number of causes to this problem, and while hardcore drug addiction may have complicated roots, there’s no denying that our society is absolutely flooded with many different types of opioid drugs. The market for legal and illegal opioids has become so huge that prescription pills and fake or hybrid pills are being mass-produced and shipped into the U.S. from places like China.

Furthermore, pharmaceutical makers have continued to develop stronger and stronger pain medications, and doctors are contributing by over-prescribing these drugs, but in a truly shocking case, several pharmaceutical executives have just been arrested for scheming to create addicts painkiller based on the strongest, most addictive, and most deadly synthetic opioid in the world today, fentanyl. So powerful, in fact, that many are calling it the ‘kill pill.’

Earlier this month, federal prosecutors in the State of Massachusetts announced the arrest of six former pharmaceutical executives of Insys Therapeutics, Inc., manufacturer of a fentanyl based pain medication called ‘Subsys.’ Their nefarious scheme was a well-organized plot to have doctors overprescribe this medicine and ensure that pill shoppers were well-supplied.

READ: Opiates, Iboga and the Roots of Self-Destruction

According to the Massachusetts Attorney General’s Office, the defendants…

“…conspired to bribe practitioners in various states, many of whom operated pain clinics, in order to get them to prescribe a fentanyl-based pain medication. The medication, called “Subsys,” is a powerful narcotic intended to treat cancer patients suffering intense episodes of breakthrough pain. In exchange for bribes and kickbacks, the practitioners wrote large numbers of prescriptions for the patients, most of whom were not diagnosed with cancer”

Details of the conspiracy, as outlined in the indictment and paraphrased by Slate include the following allegations:

Remarkably, pharmaceutical medications have become the gateway to heroin use, not the other way around, and in particular, Fentanyl, and derivative drugs are especially dangerous. Few things are more nefarious and diabolical than plotting to turn members of your community and nation into addicts, knowing full well their lives will be ruined, their families destroyed, and that it could very well kill them. All for money.

“The surge in opioid deaths is one of the reasons that United States life expectancy declined in 2015 for the first time in 22 years. In that same year, Insys reported a profit of $58.5 million.” [Source]

The evidence is revealing that the nation’s overdose crisis is a complex, multi-layered conspiracy, and the arrest of these conspirators is but one more piece of the puzzle.

This article (Pharma Execs Arrested in Conspiracy to Create Opioid Addicts for Profit) was originally created and published by Waking Times and is published here under a Creative Commons license with attribution to Isaac Davis and WakingTimes.com. It may be re-posted freely with proper attribution, author bio, and this copyright statement.