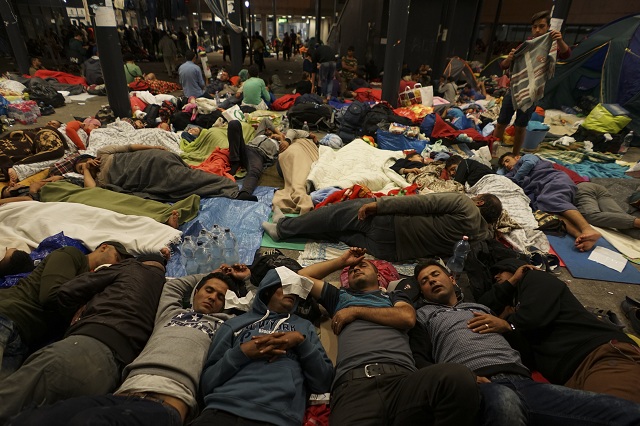 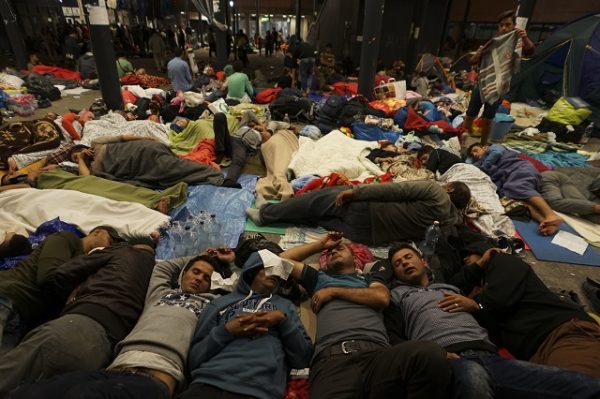 While last year Angela Merkel was saying “skilled migrants” will pay for aging Germans’ pensions, a new government study has found just 34,000 out of 1.2 million migrants have gotten jobs.

Just 34,000 migrants out of the 1.2million who have arrived in Germany in the past two years have managed to find a job, new figures have revealed.

The statistics from the German government’s Institute for Labour Research (IAB) reveal how only three per cent of those who travelled to the country are now working.

And in addition out of those who are employed, nearly a quarter are just on temporary contracts, with the numbers applying to migrants mostly from Syria, Iraq, Afghanistan and Eritrea.

Joachim Moller, director of the IAB, said: ‘If we manage to get 50 percent of them into work which pays for their lives in five years, that’d certainly be a success.

‘But it would be an illusion to believe that we will manage to find jobs for a decent proportion of refugees in well-paid industry jobs like car manufacturing.’

It’s an illusion to believe 5% will get jobs. These numbers are totally fake as is. They said back in July only 55 out of 1 million migrants had jobs with any major firms and 50 of those jobs were working at the post office. Two thirds or more of these migrants are all illiterate in their own languages. They came because Merkel promised them free money if they could just make it into the country. The majority of these migrants make more money simply collecting welfare in Germany than working full-time in their home countries.

This means the bill of feeding, housing and caring for the migrants will continue to soar into the billions and fall upon the German taxpayer.

One bright side is that the crisis has created an estimated 60,000 jobs for Germans in social work, teaching and in security for the numerous asylum centres around the country.

“The bright side of the Bataclan theatre attack was people were paid to clean up the dead bodies.”

And Mr Möller believes that the full impact of the refugee influx will only be properly gauged in five or six years time.

‘It probably won’t lead to us making money, but diversity can have positive effects,’ he added.

In one year it’s gone from “they’ll pay for your pensions” to “diversity is good — for reasons I can’t name.”

The Kiel Institute for the World Economy published last week, suggested that by the end of 2018, more refugees will be employed than out of work.

The figures come after it was revealed in August that some asylum seekers were said to be refusing work and instead insisting they are ‘guests of Angela Merkel’.

Never forget, George Soros said earlier this year he’d spend $500 million to help these mostly illiterate migrants form “startups.” In reality, all the money is going to help these folks get “legal services,” aka apply for and collect welfare.