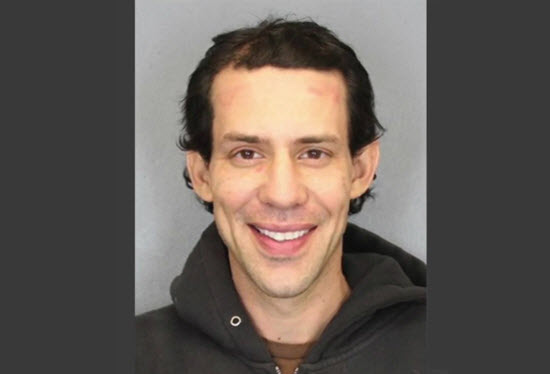 Justin Barkley, smiling in his mugshot because he apparently thinks he assassinated Donald Trump?

A 38-year-old New York man named Justin Barkley is being held for a psychological evaluation to determine whether he is competent to stand trial after he fatally shot and ran over a UPS driver at a Walmart parking lot.

Barkley fatally shot UPS driver William Schumacher when Schumacher stopped at Walmart around 1 a.m. to get a bite to eat. Barkley then reportedly ran over his victim as he fled. Police gave chase, prompting an eight-hour standoff before Barkley turned himself in without further harm to anyone.

At his arraignment, Barkley told the court that he knew Donald Trump was going to be at the Ithaca Walmart in the middle of the night on December 8, so he waited in the parking lot to kill him. “I went there to purposely shoot and kill him and put [Trump] down,” Barkley said.

Barkley attempted to plead guilty to the crime, telling the court, “I shot and killed Donald Trump purposely, intentionally and very proudly.”

The court was about to accept the plea when the judge fully realized the defendant had no idea the person he murdered wasn’t actually Donald Trump. Via the Ithaca Voice:

[Barkley] told the court that he understood the difference between mistaking a person for being Trump and asserting that he actually killed Trump. When asked if any evidence could be presented to him to suggest he killed a different person, he said, “I would hope not.”

It was then that Judge John Rowley called a private recess with the attorneys before coming back to ask if Barkley would plead guilty and confess he mistook an innocent, random UPS driver for Donald Trump.

Saying he never met anyone named William Schumacher before, Barkley said, “I would not agree to that your honor.”

Barkley will undergo a psychological evaluation with multiple examiners before he is due back in court January 6, 2017.