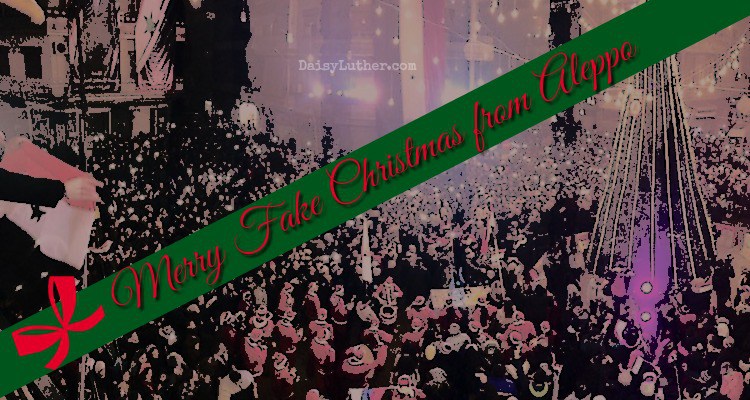 The easiest propaganda to sell is the kind that shows people exactly what they want to see and supports the emotions that people want to feel.

A while back I wrote an article about the power of subliminal messaging. Most of the folks who read it agreed that it goes on, but felt like they were immune to its effects. With all the “fake news” that has been in the media of late, I thought you might find this little social observation about subliminal messaging, propaganda, and cognitive dissonance to be interesting.

Live from #Aleppo: Syrians celebrate their liberation from Al-Qaeda's occupation. Why aren't all Western journalists lining up to cover it? pic.twitter.com/mTJ5MC8yYw

Look at all those retweets and likes. This post arrived on my friend Lizzie’s feed via people who have strong political beliefs and opinions about the world in which we live. These are people you assume would be objective, critical thinkers.

But as it turns out, they’re just as susceptible to visual propaganda as anyone else is. Especially when it shows them what they want to see.

And, astonishingly, people argued with her, using ridiculous Santa Claus-like myths like, “Ah, but this is government-held Western Aleppo.”

Images over the web do not show West Aleppo in such a good light…sorry but I think it's a fake picture. Could be wrong

After this, several of Lizzie’s followers replied with things like “never thought of that,” “retweeted without thinking,” “oh yeah” and all manner of “oops.”

This warm fuzzy picture of a war zone shows no bombed buildings, no rubble. This picture of a fully decorated Christmas tree and happy people in clean clothing was accepted at face value by more than 4,000 individuals in just a couple of hours.

How are smart people so willing to believe propaganda?

Because it shows them what they want to see.

Because they want to believe that the US is inherently good.

Because they just don’t think things through.

All it took was one person to say, “Wait. This doesn’t seem right.”

Within minutes others people began to see the same things that Lizzie saw. But they didn’t see it for themselves. Someone had to shake them out of their willingness to accept this.

It tugs at the heartstrings and provides a pleasing emotion. A happy ending. It’s like the last scene in a movie during which we get to see all the characters happy. We leave the theater feeling that all is right with the world. Everyone wants to feel that emotion, especially during the holidays. That’s what makes this type of propaganda so incredibly effective.

We are being fed exactly what we want, and that’s why it is so easy to just believe it.

Why was the original tweet there in the first place?

I was pretty shocked that a supposed geopolitical commentator wouldn’t have noticed the impossibility of the picture.

It’s obvious that the photo was a piece of happy propaganda to assure us that we’re the good guys, freeing the heck out of people all over the world.

But what this really shows is how susceptible we are to the subliminal messages passed on by a picture and a few words. It shows how much we want to believe that things are good, even when they aren’t.

This isn’t the first staged photo to be shown to the Western world to “prove” that what we’re doing in Syria is the right thing. Just last week, 5 people in Egypt were arrested after they created fake pictures of wounded children in Aleppo, kids that were supposedly harmed by Assad’s army.

Egyptian police arrested five people in Port Said, Egypt for making staged “wounded children” photos, which they were planning to use to misrepresent on social media as photos of destruction and injured people in Syria’s Aleppo, the Egyptian Interior Ministry said on Monday. The group also made fake videos that purport to show the wreckage of air strikes in Aleppo.

The shooting team, which included the photographer’s assistants and parents of the children, was detained in the Egypt’s province of Port Said,” the Ministry said on Facebook.

According to the Ministry, the police witnessed the shooting process, which was taking place near the vestiges of a building destroyed as illegal under the decision of the local authorities. A girl standing in a white dress covered in “blood” that later proved to be paint, drew attention of a police officer driving by. The girl held a teddy bear covered in the same “blood” and had her arm “bandaged”.

The Facebook statement said the videographer, his assistants, and the parents of two children who appear in the footage were detained after a trail led police to them at a building site awaiting demolition. The five have reportedly admitted they were planning to distribute their footage on social media, which was supposed to show an eight-year-old girl in a white dress and bandages, covered in red stains while holding a teddy bear. (source)

There’s a lesson to be learned here.

Have the courage of your convictions.

If it feels wrong in your gut, it probably is wrong.

You can’t always believe your eyes.